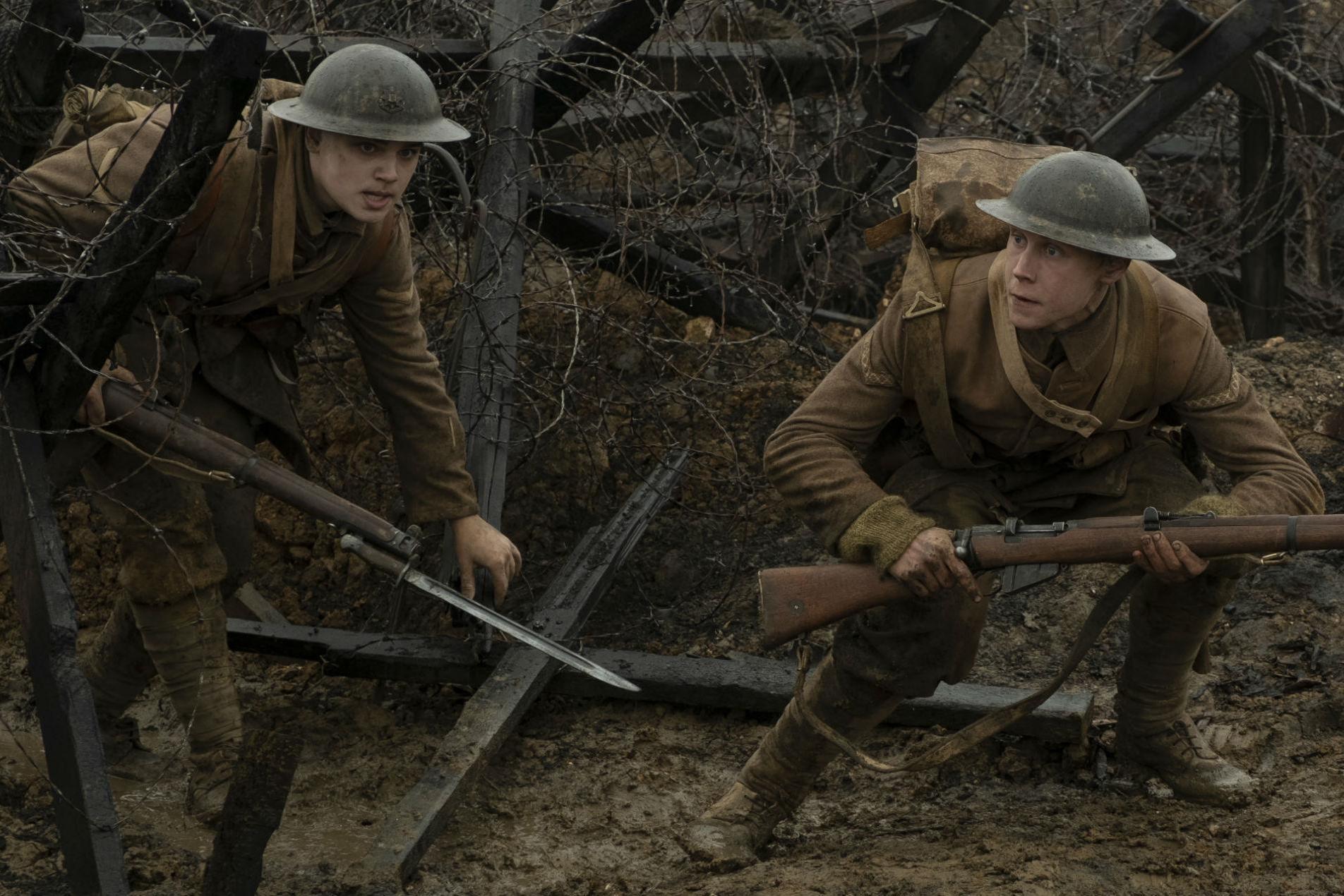 Two trenches crouched down in the dank and the mud,
Lest either lose more of their denizens’ blood.
The atmosphere over the land in between
Was thick with a rot that could not be washed clean.

And on either side, in the dirt corridors,
The weary ones wondered what worst case of wars
Their countries had sent them to, no thought at all
Of whether the winnings were worth their downfall.

They’d wait in their crack, being battered and mortared;
They’d shoot and attack as their higher-ups ordered;
They’d march into hell, knowing where but not why,
And let God decide who should live or else die.
_______________________

It’s funny that I’ve been watching the Best Picture nominees during the lead-up to the Oscars, yet I don’t seem to have much time to actually review them. But eventually, I’ll get to them all, starting with Sam Mendes’ World War I epic 1917. The last time I did this Best Picture Film Festival with Regal Cinemas was in 2016, and the last nominee I saw in the theater was my favorite, La La Land. This time, my favorite may well be the first I’ve seen because I’ll be very pleasantly surprised if anything manages to surpass Mendes’ cinematic achievement.

I’m always astounded by the skill on display whenever a film or TV show tackles an extended tracking shot. I get this weird giddy thrill at watching the camera seamlessly dance around the action and wondering how long the filmmakers will be able to keep it up. While not the first to attempt it (I really ought to check out Birdman some time), 1917 boasts some of the most ambitious tracking shots of all time, allowing the audience to run and trudge and float across the battlefields of France, following two British soldiers (George MacKay, Dean-Charles Chapman) on an urgent mission. They must deliver a message across enemy territory to stop another battalion from advancing into a German trap, a unit that includes the brother of one of the young men.

Playing out in real time but for a single time skip, the story is simple but oh so effective. What Saving Private Ryan did for World War II, 1917 does for World War I, making it feel immediate and in-the-moment rather than some distant conflict in the annals of history. It also manages to be surprisingly comprehensive in its depiction, despite the apparent time limitation. We, the audience, accompany Lance Corporals Blake and Schofield every step of the way, from the teeming trenches to the body-strewn No Man’s Land to the ravaged countryside to the explosive danger of going “over the top” into battle. It’s an awesome journey, and, for me at least, the two friends’ quest seemed to echo that of Frodo and Sam in The Lord of the Rings – No Man’s Land certainly brought to mind their trek through Mordor or the Dead Marshes – which is something Tolkien tried to explicitly evoke in its World War I flashbacks with less success.

Some have complained that the continuous Steadicam choreography becomes too much of a distracting gimmick, but that’s a matter of opinion. It’s so seamless that I began to not notice it at all, every so often realizing, “Hey, there’s still been no cuts,” at which point my admiration for the film only increased. The presence of some celebrated actors in small roles was a treat too, including Colin Firth, Mark Strong, and Benedict Cumberbatch. Despite the R rating, it’s also not as violent as I had feared; it does have its brutal moments, focusing more on the aftermath of war rather than the mid-battle carnage of Saving Private Ryan or Hacksaw Ridge, but it was an easier watch for me. 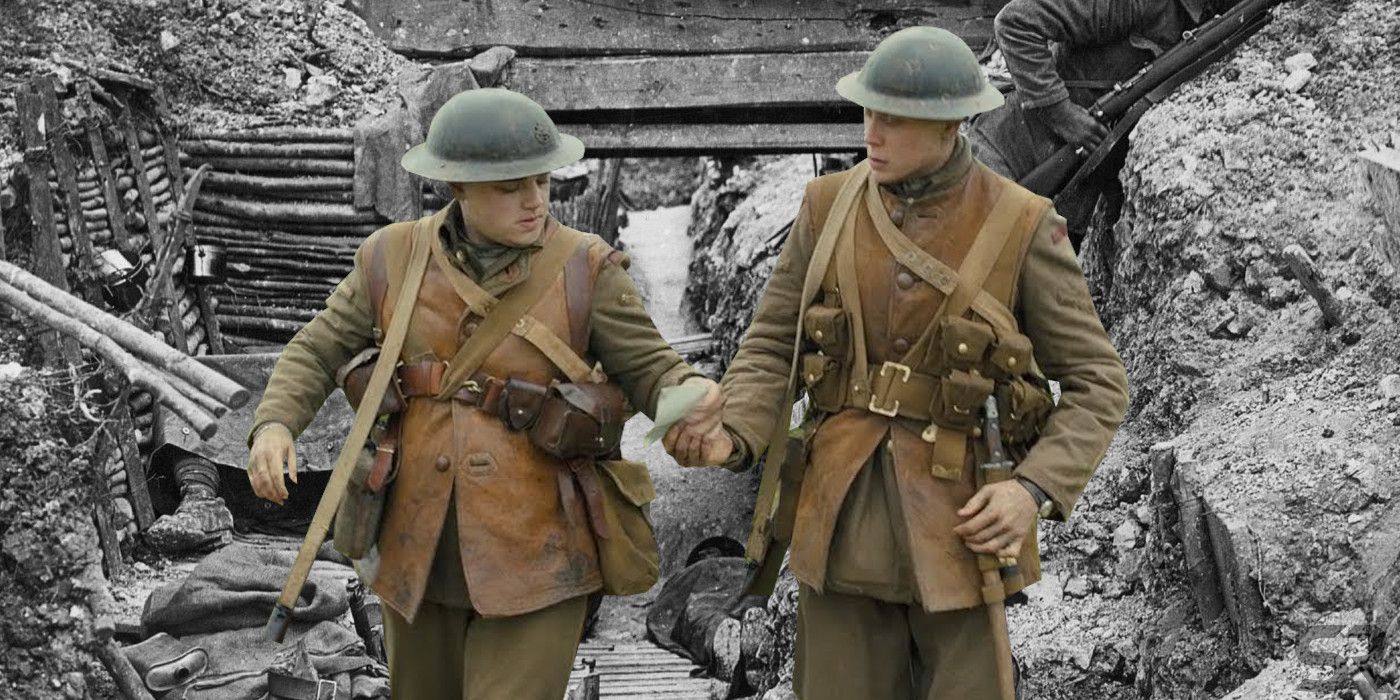 1917 is more than just a movie; it’s an experience, one worth taking on the big screen, where the tension and explosions and logistical wizardry and Roger Deakins’ poetic cinematography and Thomas Newman’s glorious score can best be appreciated. I still have three more nominees to see, but 1917 is my preference to win Best Picture. It’s a shoo-in for the technical awards, and I rather wish George MacKay could have gotten an acting nomination too. It deserves its place in cinema history.

Best line: (General Erinmore, quoting Rudyard Kipling’s “The Winners”) “Down to Gehenna or up to the Throne, he travels the fastest who travels alone.”