(I may not have been able to review all the Best Picture nominees before the Oscars ceremony tonight, but I assure you they’re all coming down the pipeline.)

Men have always dominated
History and stories told.
In the meantime, women waited
For the day, ordained and fated,
That the whole world could behold
The stories they illuminated.

A new perspective, underrated,
Now has found its own foothold,
Different, same, and liberated,
Making man, a bit belated,
Wonder why he’d undersold
The tales that females had created.
___________________

Confession time: I’ve never seen any of the seven film versions of Little Women, and I’ve only ever read an abridged version. Thus, I had little investment in Greta Gerwig’s latest adaptation of the famed Louisa May Alcott novel, no preconceptions or overly high expectations, and I must say that I found it an absolute delight. Greta Gerwig has cemented herself as one of the foremost female directors working today, and she brings the potentially dated material of a 151-year-old novel to invigorating life. 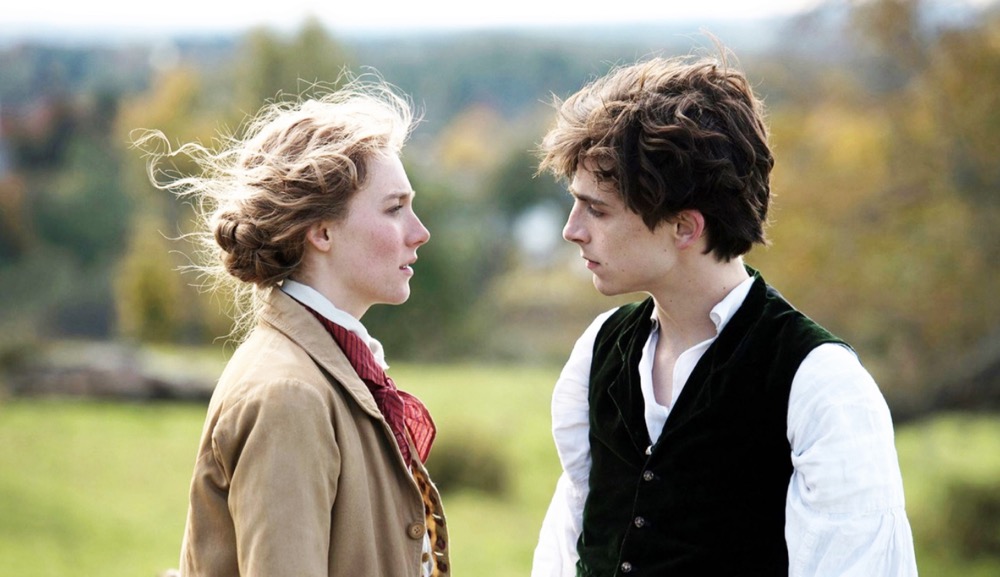 The little women of the title are, of course, the March sisters, Jo (Saoirse Ronan), Amy (Florence Pugh), Meg (Emma Watson), and Beth (Eliza Scanlan), who gradually mature into womanhood over the span of seven years. Through familial joys and trials, petty disagreements, romantic pursuits, and the chasing of dreams, their stories carry something that everyone can relate to and never lose the sense of semi-autobiographical genuineness. (I always identify with struggling writer characters, so Jo was my favorite of the family.) Gerwig reinvents the plot with nonlinear flashbacks, jumping back and forth and making it sometimes unclear what’s happening when, but it is used effectively in contrasting the story’s happiest moment with its saddest.

In many ways, Little Women feels like the kind of movie Hollywood doesn’t make anymore. As the first PG-rated Best Picture nominee since Hidden Figures in 2016, it was refreshing to watch a completely clean entry in the Oscar race that deserves its place. (Why it was largely snubbed by the Golden Globes, I don’t know.) Its period detail and costumes are impeccable, and every actress is at the top of her game, Ronan especially. The difference of seven years isn’t always convincing, particularly with Watson and Scanlan who always looked the same to me, but Pugh manages to make her maturation the most convincing as her bratty behavior evolves with time. While I wish I had something to compare it to, it’s hard to imagine another version of Little Women surpassing this one in my eyes. It’s made me want to read the book (a measure of success for any novel adaptation), if only to see how much of the wonderful and insightful dialogue was from the book, or else embellished by Gerwig. The film manages to give voice to more modern feminist sentiments while remaining faithful and old-fashioned in the best way. By the end, it offered a sense of humor, joy, fullness, and satisfaction that few films engender these days. Little Women made me glad that such wholesome films can still be made today, without subversion or dark revisionism, and even if it has been overshadowed by the competition, it deserves every bit of praise.

Best lines: (Meg, to Jo) “Just because my dreams are not the same as yours doesn’t mean they’re unimportant.”