This world on a string is a curious thing
That somehow survives as it wildly swings
From one bad extreme to another bad dream
Of another madman with another sad scheme.

And it faces such ever diminishing odds
By placing its faith that once used to be God’s
On those who will fail, work to little avail,
And find their travails could not tip any scale.

We humans are like that, more stubborn than wise
And shocked when our heroes crash land from the skies.
When times are turned dire, those fighting the fire
May once have drawn ire in calmer days prior,
But now we require someone to inspire,
A failure but trier, a phoenix highflyer.
________________________

It says a lot that I still have not watched Justice League, yet I had to see Infinity War on its opening weekend. Marvel just knows how to do these huge mash-up franchise films better than anyone else, and their consistency has only helped their blockbuster reputation. Coming ten years after the original Iron Man, Infinity War is the culmination of all that came before, and we’ve been eagerly awaiting it ever since that first glimpse of Thanos in the after-credits scene of The Avengers. So then, did it live up to the hype? I’d have to say yes. 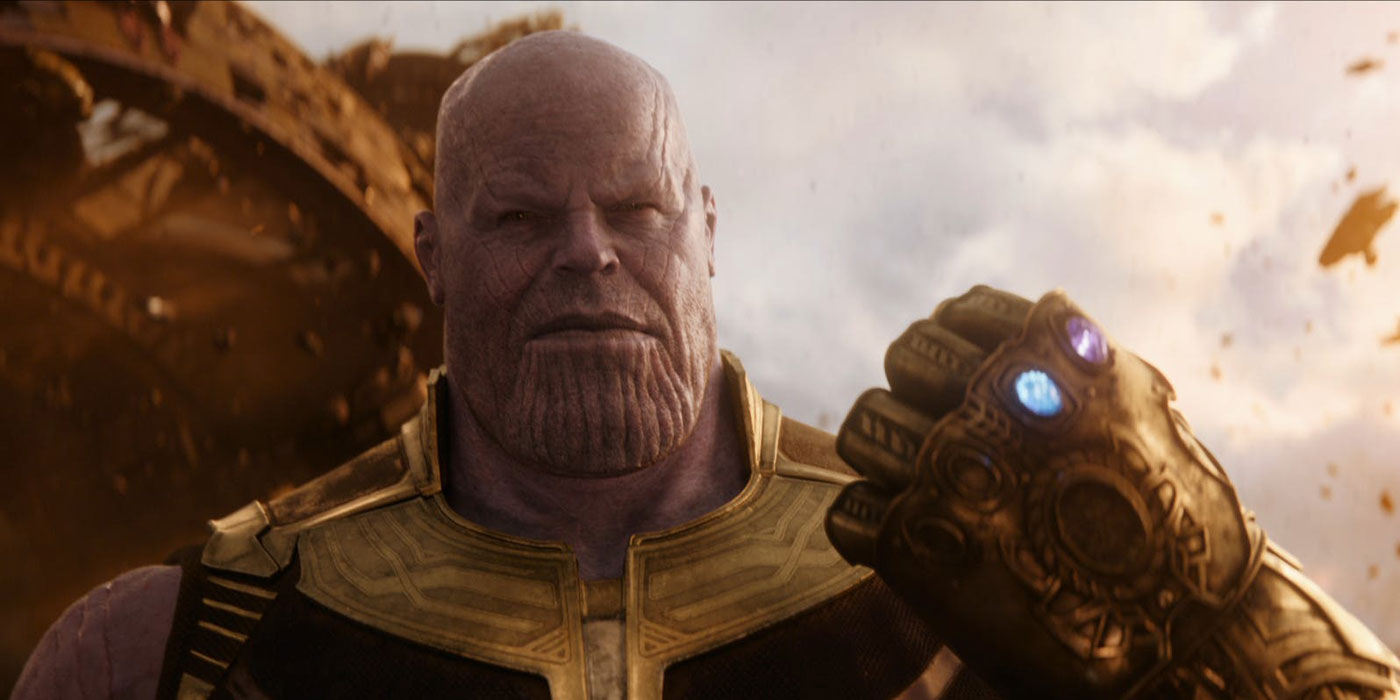 Veiled in cinematic secrecy and a host of fan speculation, Infinity War is hard to write about with any level of detail lest spoilers abound. However, I’ll try to stick to the known facts. Fed up with all the appearances of Infinity Stones that don’t end up in his possession, feared overlord Thanos (Josh Brolin) has finally decided to gather the six reality-shaping rocks himself, with the help of four nasty and powerful disciples. You may not have kept up with the Stones’ locations after eighteen movies, but they’re well spread out across the galaxy, with Earth housing two to make it a prime target. Stepping up to the plate to defend the universe, we have the vast majority of the MCU’s heroes, from the Guardians of the Galaxy to Thor, Iron Man, Captain America, and over a dozen others.

One of my favorite MCU films thus far was Captain America: Civil War, which did an outstanding job at introducing the old guard to new favorites and making the resulting combination both exciting and moving. Infinity War has the same exact team, from directors Anthony and Joe Russo to screenwriters Christopher Markus and Stephen McFeely, so it should be no surprise that they do the same here. Yet it is a surprise and a pleasant one, considering how many disparate characters and storylines had to be brought together for this defining moment of the MCU, and they do it better than I could have imagined possible. The huge cast is wisely broken up into well-chosen groups, such as Iron Man, Doctor Strange, and Spider-Man, whose banter bounces off each other wonderfully, as do Thor and the Guardians. Thanos himself has a well-developed if crazily evil motivation (wiping out half of all life to help the remaining half) and proves he’s no slouch, despite merely sitting in a chair up to this point. He might be the best villain the MCU has produced, if you don’t count Loki. It’s amazing how well everyone else is balanced, though. Each character still has their established personality, and everyone has a moment to shine, which is not easy with such a large ensemble, as evidenced by the Star Trek: Next Gen movies for example. Even with all the dark, universe-shattering moments, there’s still a welcome amount of humor to keep the entertainment level high, as if the truly awesome action wasn’t enough. The clashes between Thanos’s side and the Avengers are stupendous, especially a final battle set in Wakanda, which had several moments that got parts of my theater cheering. (It’s curious, though, that the iconic scene in the top picture was apparently a publicity shot and not actually in the movie.)

Yet for all its strengths, it’s doubtful that you’ll walk out of Avengers: Infinity War smiling at having just seen an amazing superhero movie. Everyone in my theater walked out rather quietly. The stakes are as high as they’ve ever been, and Marvel has taken quite a risk with their episodic format, not unlike the cliffhanger of The Empire Strikes Back. At least we only have to wait one year for the follow-up instead of three. The cynical and those who’ve seen Marvel’s future film line-up will know not to take Infinity War’s ending too personally, which is why there aren’t riots and demands for it to be stricken from the canon, a la The Last Jedi. We know (or hope) that things will turn around in the sequel, but Infinity War still deserves credit for its haunting conclusion and managing to surprise even the most jaded of comic book-weary viewers.

Some may call Infinity War overstuffed with its sprawling cast and 166-minute runtime, yet it never felt as bulky as, say, Age of Ultron, which I found hard to stay awake during recently. There’s so much coolness on display that it is hard to take in all in one go, especially with an ending that monopolizes your final thoughts, but I still loved it both because of and despite its high stakes. It is unfortunate that the successes of some past films feel hollow after this one, especially Guardians of the Galaxy and Thor: Ragnarok, but only the sequel can resolve the huge questions raised, most notably “What now?” One thing is for sure: everyone who watches Infinity War will definitely see its follow-up, so Marvel’s done its most basic job well. They’ve created both a financial juggernaut and a huge, thrilling, poignant superhero extravaganza that only leaves me wanting more. After all, there is much to avenge.

Best line: (Peter Parker, pointing to Drax and Mantis) “What exactly is it that they do?”   (Mantis) “We kick names and take ass.” [Tony’s reaction is priceless.]