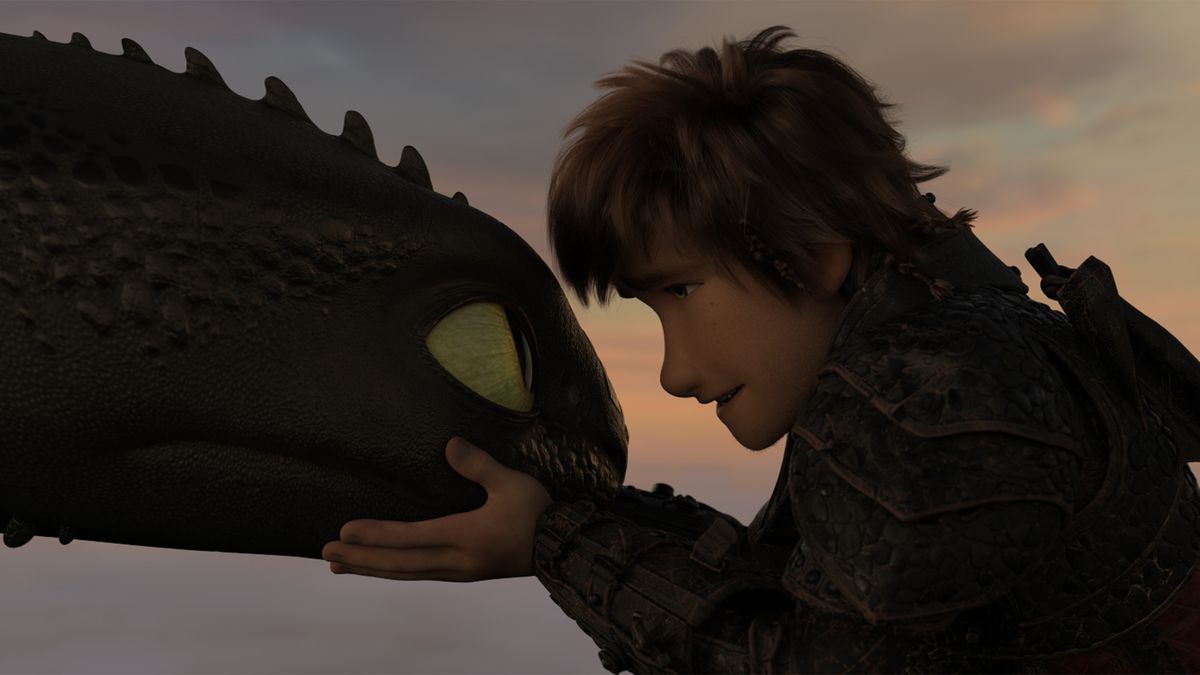 (Today’s NaPoWriMo prompt was for a poem praising pets, so I went a bit mythological to extol a dragon as a pet.)

Cats are cute and dogs are dear,
And yet the pet without a peer
Is easily the rarest kind,
The least beloved and most maligned,
The lizards born of myth and lore
That few have ever seen before,
Who ride the winds and skim the waves
And send the bravest to their graves,
Who’ve earned renown as hoarders, wyrms,
Monsters, fiends, and harsher terms
Yet are perhaps misunderstood
And might spice up the neighborhood.
For, given love, like any beast,
A dragon can be tamed, at least.

I wasn’t sure what to expect from the third installment in the How to Train Your Dragon series. I loved the first film, while the second left me rather cold, and angry honestly at the way Hiccup’s father was torn from his family. I still consider myself a fan of the series, so I was hopeful The Hidden World would end the trilogy on a better note. Thankfully, it managed to deliver both an entertaining adventure and a satisfying conclusion to the story of Hiccup the Viking and Toothless the Night Fury.

Like many a DreamWorks film, The Hidden World does feel a tad recycled. Expanding the first film’s culture of dragon-hunting, the new villain is the famous and feared dragon hunter Grimmel (F. Murray Abraham), who, like Drago in the second film, employs his own dragons for his purposes. And since the first film’s dragon nest and the second film’s dragon sanctuary weren’t impressive enough, we learn that Hiccup’s father was also searching for an even bigger “Hidden World,” the original home of the dragons. When Grimmel threatens the village of Berk and the peace between Vikings and dragons, Hiccup and his friends evacuate everyone to search for a new safe haven in this Hidden World.

Thanks to ever-improving technology, The Hidden World is probably the best looking of the three films, with lighting, shading, and fire and water effects adding greatly to the atmosphere and the thrilling action scenes. Abraham’s voice also makes Grimmel a dignified but menacing antagonist. The dire threat reinforces the slightly darker epic tone of the second film, while some well-played running gags successfully lighten the mood with doses of humor.

As I watched The Hidden World, I was trying to figure out what was lacking between this (one of DreamWorks’ best franchises) and the likes of Disney or Pixar. In addition to a few mixed messages (like calling dragons pets in the first film yet treating them as equals here), I think a main issue is the side characters; Astrid (America Ferrera) and Hiccup’s mother (Cate Blanchett) fare well, but Hiccup’s other friends are hastily introduced in an opening action set piece yet never make much of an impression beyond a few gags. Despite this, Hiccup and Toothless are a lovable pair to make up for other faults, and it’s genuinely sad as they start to drift apart when Toothless becomes enamored of a female “Light Fury.” Like Ash and Butterfree in Pokemon, it’s clear right away where the story is going with the relationship between dragon and rider, but, even if it didn’t bring a tear to my eye like it might well have when I was ten years old, it was still a touching and beautiful conclusion to an inconsistent but ultimately satisfying trilogy.

Best line: (Stoick, in a flashback) “But with love comes loss, son. It’s part of the deal. Sometimes it hurts, but in the end, it’s all worth it. There’s no greater gift than love.”