(Today’s NaPoWriMo prompt was to describe a notable bedroom from the past. I went a less comfy direction and explored a bedroom’s significance in the life of a drug addict.)

I’d like to pack
And hurry back
To the room in which I grew,
That room I hoarded toys within,
Where I’d retreat from nosy kin,
Where I first tried my blackest sin
That trails me still today.

I’d count to ten
And come again
To the room in which I grew.
And if I could, myself I’d see
And slap the needle far from me
And ruin reckless privacy
That made me easy prey.

No more to roam,
I’ll go back home
To the room in which I grew.
Because they never would disown,
To Mom and God, I must atone.
And yet my body starts to groan
To make my will give way.

As part of last year’s NaPoWriMo, I reviewed Beautiful Boy, a memoir-based tale of a man struggling to help his son, who struggles with drug addiction. In another case of similarly themed films being released at the same time, Ben Is Back covers the same kind of story, though fictitious in this case. Instead of a father-son dynamic spanning years, it focuses on a single Christmas night, during which a mother named Holly (Julia Roberts) copes with the sudden return of her son Ben (Lucas Hedges) from rehab.

I personally have never been drawn to drugs of any kind, yet the numbers affected by the opioid epidemic clearly show how widespread and devastating addiction can be. Like Beautiful Boy, Ben Is Back personalizes the statistics by showing that every addict has someone mourning their self-destructive decisions and rooting for their bumpy road to recovery. The first half of Ben Is Back is a deeply poignant portrait of a broken family, with Ben earning immediate distrust from his mother, sister (Kathryn Newton), and stepfather (Courtney B. Vance). While Ben himself seems penitent and likable, his own history and self-doubt make both his mother and the audience wonder how sincere he really is. Although it was spurned, the acting of all involved is Oscar-quality, and one scene where Ben breaks down to a church performance of “O Holy Night” is especially affecting, as is a sober visit to a graveyard.

Unfortunately, the film’s second half loses some of its emotional heft by trying to inject some thriller elements where Ben and Holly drive around town after the family dog is stolen by a drug dealer Ben knows. And the ending, while harrowing, is strangely abrupt, providing no closure to the story, which is perhaps the point since the cycles of addiction are rarely tied up with a clean bow. Beautiful Boy was easily a better film overall, but Ben Is Back had its fair share of powerful scenes; together, they are a sad testament to the victims of America’s drug crisis and reinforced my decision to never go down that dark road. 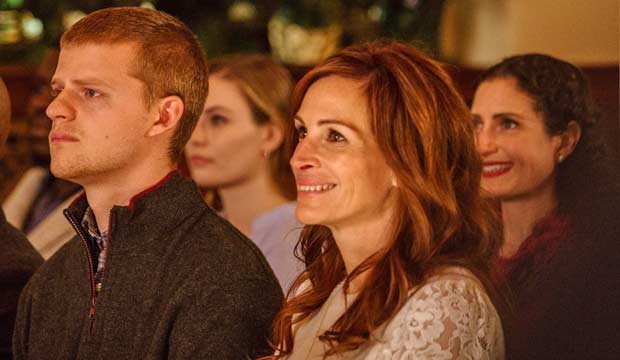