(Today’s NaPoWriMo prompt was to write a poem inspired by answers to an “Almanac Questionnaire,” so I tried to do so from the perspective of Steve Martin’s lovable buffoon in this movie. Just keep in mind that my tongue is thoroughly in my cheek here.)

When first I left my native home, the weather – it was mild,
I don’t know why I left my home, except I did and smiled.
Sometimes you simply must grow up from being a poor black child.

Then one day, I saw headlines saying, “You could be a winner!”
And so I took those words to heart and bought a chicken dinner.
It really wasn’t all that hard, with me a mere beginner.

One day I saw a unicorn that spouted much invective;
The spiral horn and satin gown it wore were both reflective.
Perhaps that joint I picked up in an alley was defective.

I’d always hated millionaires and thought they all conspired.
But then I was so flush with cash, to count it made me tired.
So now I do not hate myself; I love what I’ve acquired.

MPA rating: R (though closer to PG-13 by today’s standards, mainly some language, artistic nudity, and loads of innuendo)

Every now and then, I’m reminded of a film that I’ve seen, that I like, and that, for whatever reason, didn’t stick out enough for me to add it to my Top 365 list. The Jerk is just such a film, and it took a recent rewatch to remind me how hilarious this Steve Martin vehicle really is. Deserving mention in the same breath as the great classics of Mel Brooks or the Zucker brothers, Carl Reiner’s The Jerk is a comedy that thrives off not taking itself (or anything) seriously.

Beginning his tale by breaking the 4th wall and telling the audience the great line “I was born a poor black child,” Steve Martin is an absolute hoot from start to finish. His good-natured Navin R. Johnson is sort of like the original Forrest Gump: He’s raised with love in the South (Mississippi instead of Alabama), gets by on constant willingness to do anything, unintentionally becomes wildly rich, and he’s a lovable idiot. Yet every step in his episodic life journey is chock full of absurdity, from his shock at learning that he’s not actually related to his black adoptive family (“You mean I’m gonna stay this color?”) to the casual way his love (Bernadette Peters) pulls out a cornet while they sing on a beachside stroll.

There are certain scenes that just stand out as comedy gold even all these years later, such as Navin’s belief that a crazed shooter’s poor aim is the result of his hatred for oil cans. One part with Navin talking to his sleeping lover left me in stitches and wondering how Bernadette Peters could keep a straight face, much less appear comatose. But the scene that really clinched this film’s ranking was the one I most remembered: cat juggling! I’m a cat lover and such a thing would be terrible (and probably impossible) in real life, but I swear that scene left me laughing harder than any movie has. If that’s not List-Worthy, I don’t know what is. 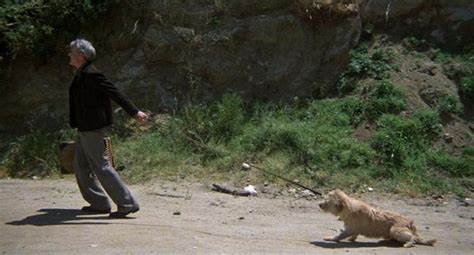 The Jerk is not a kids movie, but it doesn’t indulge in its R rating as much as so many modern films do. It’s mainly aggressively euphemistic in its crudeness, which is still better than it could have been if made today. But then again, it probably couldn’t be made today. It also employs certain racial stereotypes that would probably earn too much criticism these days, yet it never feels mean-spirited and even shows a good deal of sweetness between Navin and his adoptive black family. I have often thought that the title should be different; Navin is an imbecile, not a mean person, so the way the word jerk is used today doesn’t quite apply. Even so, The Jerk is pure silliness in celluloid and rarely fails to earn a smile.

Best line: (Navin, engaging in pillow talk) “You look so beautiful and peaceful, you almost look dead. And I’m glad, because there’s something I want to say that’s always been very difficult for me to say. [pause] ‘I slit the sheet, the sheet I slit, and on the slitted sheet I sit.’ There. I’ve never been relaxed enough around anyone to say that.”