(Today’s NaPoWriMo prompt was to write about a fruit. While I haven’t watched any big fruit-related movies lately, I went with the humble blueberry, which was featured in this movie.)

A humble fruit of pie and scone,
The blueberry is barren-grown
In berry fields from East to West
And happy, though it sounds depressed.

With belly-buttons on both ends,
One out, one in, this fruit transcends
The fact it’s on the tiny side
By filling pints in stores worldwide.

From the trailers, Abominable looked like a been-there-done-that kind of movie, one more example of Dreamworks splicing together pieces of better animated films. Now that I’ve seen it, I’ll admit… it is exactly that, but that’s not to say it’s bad. In fact, I’d say it’s one of the studio’s better films of late, albeit overshadowed by the third How to Train Your Dragon last year.

Abominable is mainly notable for its Chinese setting, ranging from the metropolis of Shanghai to the gorgeous countryside to the snowy peaks of the Himalayas. A teenage violinist named Yi (Chloe Bennet), still grieving from her father’s death, discovers a young Yeti on the roof of her urban apartment and is whisked away as it flees from a wealthy industrialist (Eddie Izzard) attempting to collect it. Along with her two friends, she accompanies the creature she names Everest on a western journey to its mountain home, pursued by Everest’s would-be captors.

As I said, Abominable has plenty of familiar elements: the gentle-giant-bonding-with-kid dynamic (E.T., The Iron Giant), the bad-guy-trying-to-redeem-himself-from-ridicule cliche (Up, Paddington), the hurt-kid-learning-to-move-on-via-friendship trope (The Good Dinosaur, Lilo & Stitch, Next Gen). The waters are well-charted, but the trip and destination are still comfortable. Plus, it’s not entirely predictable, such as making one of the villains not as bad as they seem, and the characters are consistently likable as they grow on their journey. Like Coco’s Latin cast, care was taken to hire mostly actors of Chinese descent to match their characters, though it doesn’t do much to dive into Chinese culture, and I enjoyed hearing Chloe Bennet of Marvel’s Agents of S.H.I.E.L.D. as the main heroine Yi. 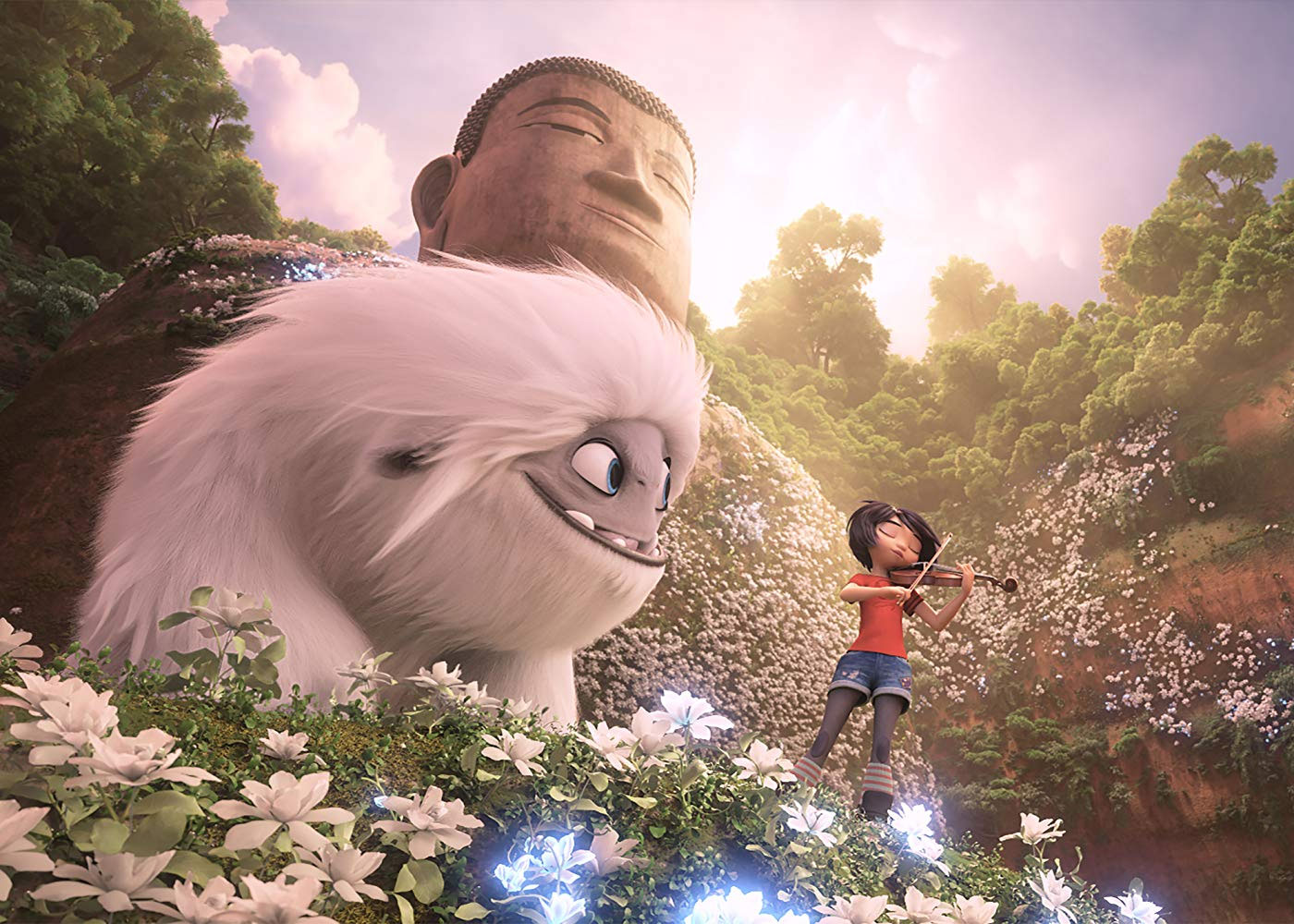 Best of all, the animation is a visual feast. Everest proves to have magical powers that grow and manipulate the natural environment, and some of those scenes were stunning to behold. The best is probably the interlude where Yi plays her violin as flowers grow all around; both the visuals and Rupert Gregson-Williams’ music are lovely, and for some reason, they throw in a bit of Coldplay’s “Fix You,” which was random but fine by me. Abominable doesn’t reinvent any wheels – heck, with three Kung Fu Panda films, it’s not even Dreamworks’ first set in China – but it’s an enjoyable, family-oriented ride nonetheless.

Best line: (Mr. Burnish) “I’m so used to looking down on the world, it’s amazing how small one feels just by looking up.”