(Today’s NaPoWriMo prompt was to write a poem about a letter of the alphabet, so I went through the week and compiled couplets for each day.)

The M in Monday dips and dives
And puts a strain on all our lives.

The T is Tuesday’s cruciform,
The closest shelter from the storm.

The W is Wednesday’s smile,
As crooked as a crocodile.

The T in Thursday spreads each arm
In peace, surrender, and alarm.

The F in Friday has buck teeth
That shield a smile underneath.

The S is Saturday’s great treble,
Quite the sinner, saint, and rebel.

Netflix films can be hit-or-miss, but when a good one comes along, its relegation to a single TV streaming service makes it feel perhaps more underrated than if it had received a theatrical release. Released to theaters in Europe and Asia but to Netflix elsewhere, What Happened to Monday falls somewhere between hit and miss, but it still feels underrated for the things it does well. The dystopian thriller takes a familiar dystopian threat like overpopulation and runs with it in a way not seen before.

Actors seem to enjoy the test of inhabiting multiple characters and playing off themselves, but Noomi Rapace snagged a special challenge here, playing seven identical sisters raised in secret to protect them from the government’s rigidly enforced one-child policy. Although siblings are simply put into cryostasis, the septet’s grandfather (Willem Dafoe) kept them off the books entirely and fashioned a singular identity of Karen Settman; each girl is named after a day of the week and takes turns going out as Karen Settman on the day of their name: Sunday on Sunday, Monday on Monday, etc. However, when Monday doesn’t return at the end of her day, the other sisters find themselves in danger and must figure out what happened to her and her ties to the politician who first advocated the one-child policy (Glenn Close).

It’s no secret that I love science fiction, and What Happened to Monday is the kind of unique genre tale I enjoy, usually more than the critics do. The plot zips along without a moment of boredom, and Rapace does wonders with a script that doesn’t quite manage to make each of the Settman sisters stand out. Some are easy to pick out (Saturday has blonde hair, Friday is mousy and wears a knit cap), while others don’t really distinguish themselves much (Tuesday and Wednesday). Nevertheless, Rapace breathes personality into the ones that matter most, and the effects allowing her to interact with her doubles are top-notch. 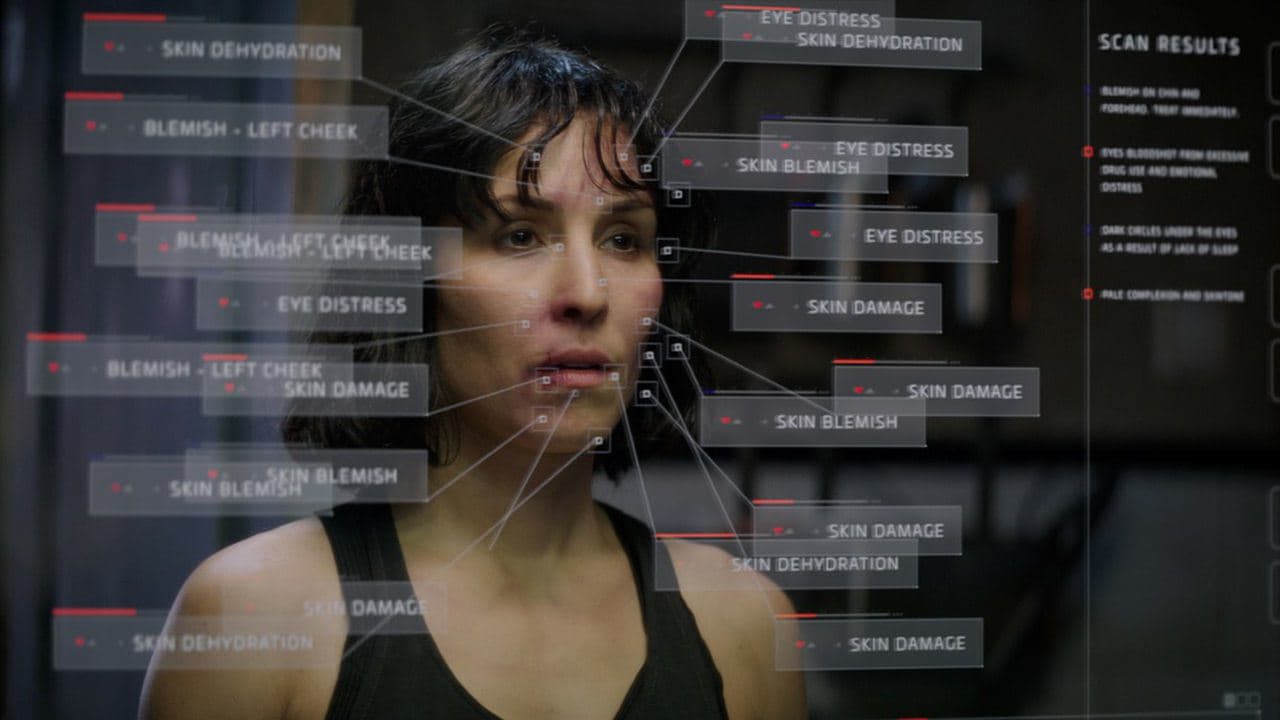 Many films on Netflix don’t seem to bother holding back on their TV-MA ratings, and sadly the same is true for What Happened to Monday, marred by several bloody deaths and a gratuitous sex scene. It’s really a shame because the film otherwise warrants repeat viewings. Some twists are hardly surprising to anyone familiar with the dystopian genre, but it still holds plenty of mystery and thrills to overcome the occasionally thin characterization. It even ends up with a surprisingly pro-life sentiment by the end. It’s far better than its mixed reviews indicate, and if you can overcome the R-rated content, it’s one more what-if example of why I love sci-fi.

Best line: (Sunday, quoting their father) “Seven minds are better than one.”