(Today’s NaPoWriMo prompt was for an effusive poem of over-the-top praise, so I just kind of let my imagination run with it.)

Although it’s been said many times, many ways,
The feats at your feet never fail to amaze.
You stand high above every other by far.
If we were all Beatles, you’d drive every car.
You mass-produce marvels; you trigger the awe
Of both proletariat and the bourgeois.
You’re such a sensation, a spectacle said
To paint, not the town, but the whole county red.
The scholars no longer use language defining
The word “awesome”; no, it’s your photograph, shining.

The wonders don’t cease when you have a hand in them;
If there were contests for impressing, you’d win them.
Chuck Norris is porous compared to your muscle;
Gaston at his best can’t compete with your hustle.
The terms that describe you left Earth long ago;
The rest of the words couldn’t handle their glow.
If there is a mountain to move, you will move it.
And best of all,
As per protocol,
You need not be told all this; each day, you prove it.
______________________________

At long last, my dear Viewing Companion (VC) convinced me to see Top Gun again. I recall seeing it years ago, but for some reason, it never really appealed to me in my memory. When the sequel was announced, my reaction was basically, “Meh,” while so many others were thrilled by their own ‘80s nostalgia. I just don’t have much interest in fighter pilot hotshots; it’s like wrestling or rap music, just not my cup of tea. But she finally got me to see it, and I must admit it was far better than I remembered, deserving of its reputation as a seminal film of the decade.

Tom Cruise was in his youthful prime as “Maverick” Mitchell, the pilot whose massive shoulder chip propels him into the Navy’s top pilot school and the danger zone of aerial dog fights, aided by his trusty wingman Goose (Anthony Edwards). While he can be cocky and unpredictable, his stubbornness and penchant for risk get him far, including in his romance with the lovely Kelly McGillis, at least until tragedy strikes and threatens his career and his spirit.

Most critics tend to laud the aerial plane fights, which are well done, though I had trouble telling who was who and which plane was which at times. (Of course, in the cockpit, it helps that they made the Russian MiG pilots a faceless enemy with a full helmet mask.) Plus, I can’t help but wonder what “enemy waters” in the Indian Ocean would have warranted the air fight at the film’s climax. But there was also more to the characters than I remembered, more real emotion than the mere angst and testosterone I expected, though there was that too. For instance, Val Kilmer as fellow pilot “Iceman” is more of a genuine rival to Maverick rather than the smug antagonist he could have been. Plus, you can’t fault the cast, from Kilmer and Tom Skerritt to early roles for Tim Robbins, Meg Ryan, and Adrian Pasdar. 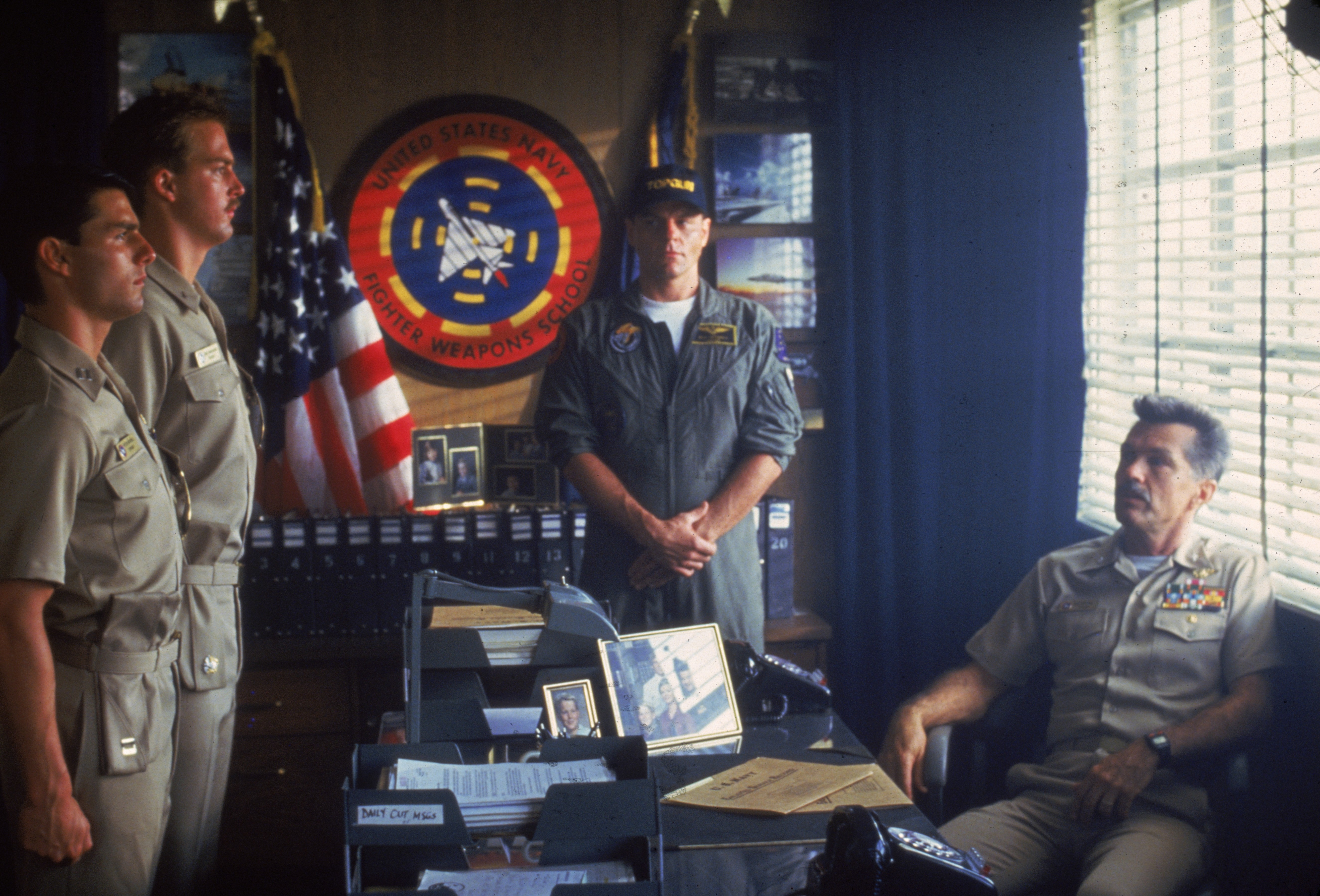 Top Gun will never be one of my favorite movies, but watching it again has vastly raised my opinion of it. It’s a cool icon of a film, boasting not only the famous quote below but a truly quintessential soundtrack, including Kenny Loggins’ “Danger Zone” and the Oscar-winning “Take My Breath Away,” which is the kind of song that could make anything romantic. Plus, it inspired the name for Goose the cat in Captain Marvel, and who doesn’t love Goose the cat? The sequel may have been pushed back to December, but here’s hoping it can do justice to its classic original.