(Today’s NaPoWriMo prompt was for a poem about outdated technology, so I went a little into the future to see how generations yet to come might look back on a present-day craze.)

The primitive Egyptians had their hieroglyphic font,
A picture-style penmanship to decorate the wall.
And slightly less archaic humans later chose to flaunt
Another image language on the phones they used to call.

You see here all the tiny illustrations they would use
To message, manage, and react in digital discourse.
We’re not sure why developed people (for the time) would choose
To discard words in favor of these mini-metaphors.

From faces showing every mood to smiling excrement,
These symbols were exchanged among them by the gadget-full.
These hands betoken clapping, and this sobbing shows lament,
And no one’s really sure about this purple vegetable.

It took a while for mankind at last to move beyond
This graphical vocabulary sent through cyberspace.
Now who will raise your hand and tell us what replacement dawned?
What new communication took the poor emoji’s place?
______________________________

I watched The Emoji Movie at the end of a terrible day, thinking that, if it was truly as terrible as everyone said, I would associate it with that day and never want to see it again. It’s been lambasted so many times that it’s practically a meme to hate on it. Yet despite all the loathing, four Razzies, and the 7% Rotten Tomatoes score, I must admit it’s not that bad.

The premise is straight out of Inside Out or Wreck-It Ralph, but instead of emotions or video game characters, the cast consists of various emojis living within the digital city of Textopolis, inside the phone of a high schooler named Alex. Gene (T.J. Miller) is the son of two “meh” emojis, and although he is meant to personify indifference, he tends to “break character,” so to speak, and show emotions he shouldn’t, which eventually gets him in trouble and sends him on a dangerous journey through the phone and its many apps.

Would I characterize The Emoji Movie as good? No. It’s frequently dumb or crude humor is lackluster, and the climax, in which a single emoji somehow saves the day and causes an instant change in the direction of the plot, is socially myopic at best, not saying much good for the communication skills of the next generation. Yet, is that really enough reason to label it one of the worst films of the decade?

Other reviews I’ve read have insisted that this film has no redeeming qualities whatsoever, which is a pretty absolute statement for an adult to lob at a film aimed at kids. I thought the animation was colorfully fun and polished, and the world inside the phone, while obviously derivative, had some sparks of creativity, like visualizing Spotify as a series of literal “streams” of music to ride. Though some are grating, I didn’t mind the voice actors either (James Corden, Anna Faris, Maya Rudolph). I do cringe at Patrick Stewart voicing the poop emoji, but Steven Wright as Gene’s “meh” father was an inspired choice. 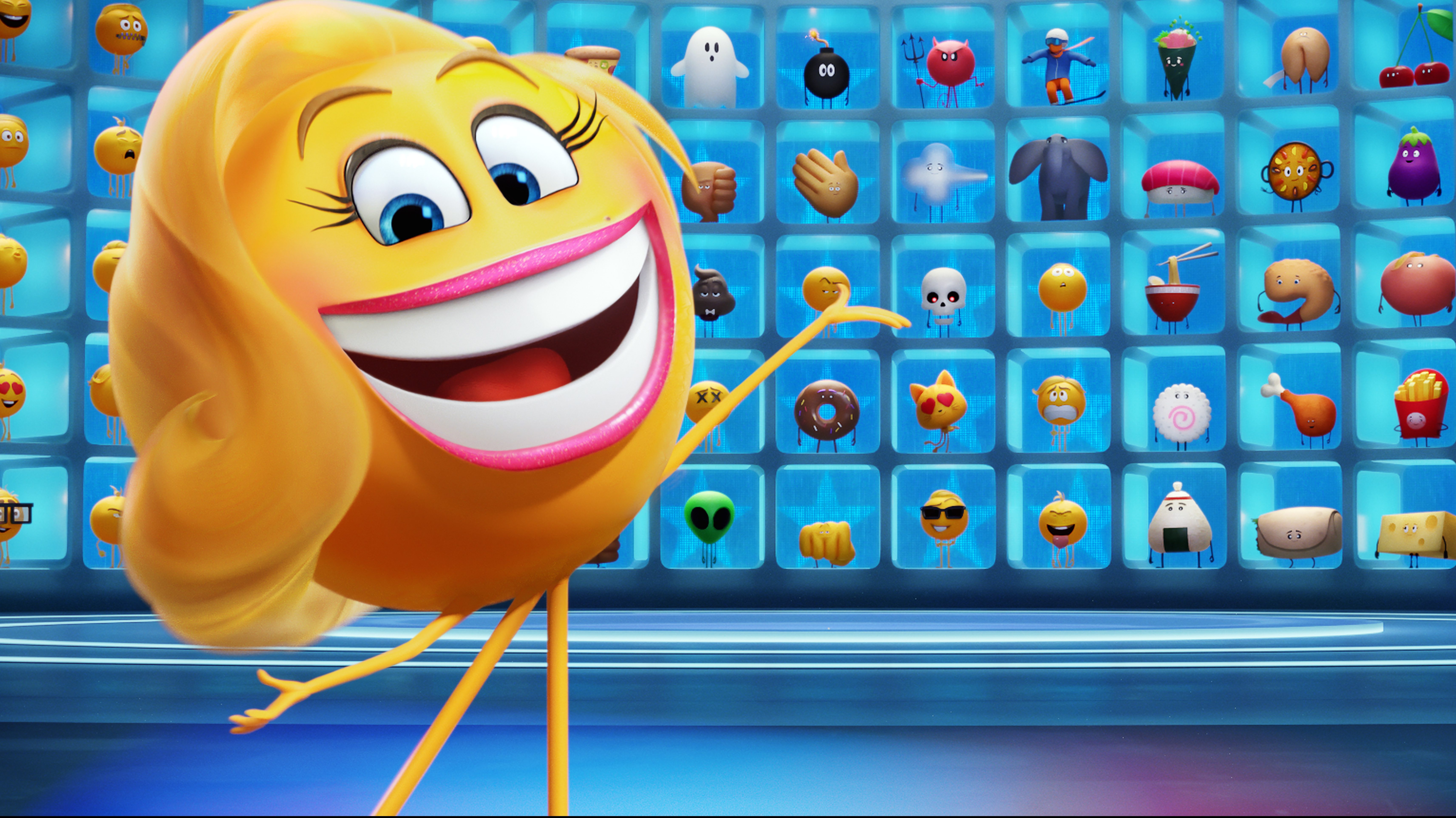 So The Emoji Movie may be “meh” overall and is so tied to present-day technology that it’s sure to age poorly, but I don’t see what makes it worse than some similarly dumb blockbuster like Minions. There are many other films out there worth hating more.