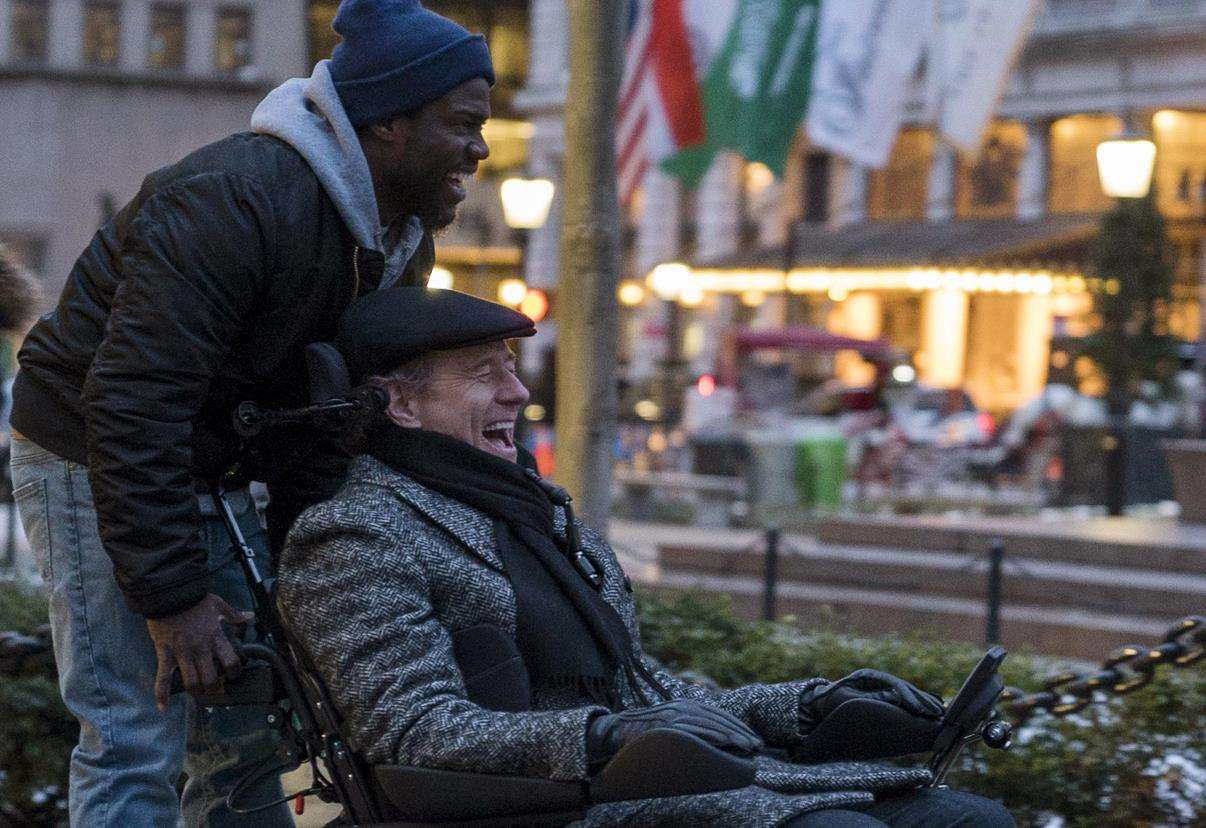 (Happy Easter, everybody! Today’s NaPoWriMo prompt was for a triolet, an eight-line poem with repeated lines and a very particular rhyme scheme.)

Is there some unofficial rule that says you shouldn’t watch a remake before the original? Because, if there is, I think I broke it… again. I had some curiosity about the popular French film The Intouchables, but I didn’t seek it out until I watched last year’s American version and wanted to compare them. After all, I’m far overdue for a Version Variation post. Based on the true story of Philippe di Borgo and Abdel Sellou, both films are about a poor, street-smart black man finding employment caring for a bitter quadriplegic millionaire and the feel-good friendship that grows between them.

I’ll focus on The Upside first, since that was the first one I saw. Kevin Hart plays a deadbeat dad named Dell, who is more interested in barely fulfilling his parole requirements than actually seeking a job. Yet his initial rude interaction with Bryan Cranston’s wealthy Philip Lacasse catches the attention of the joyless businessman, and Dell is offered the job of a “life auxiliary” caretaker, with all the well-paid benefits and uncomfortable tasks that entails. Hart’s comedic experience serves him well during his character’s initial protests against catheters, but he proves himself to be an able dramatic actor as well, with Cranston being both a great foil and partner, despite being physically immobile. They’re a likable odd couple that grows in poignance up to the smile-worthy end.

And as for The Intouchables, well… it’s basically the same exact thing, but in French! With the number of remakes out there that tarnish the spirit of the original, I was surprised at how faithful The Upside was. The French characters are named Driss (Omar Sy) and Philippe (François Cluzet), but I could tell from the very first scene how similar the two films were: the protests against the more awkward forms of care, the sharing of a joint while out on the town, the creative forays into high-end painting, a stressful paragliding excursion, even a series of gags surrounding shaving Philippe’s beard and mustache. 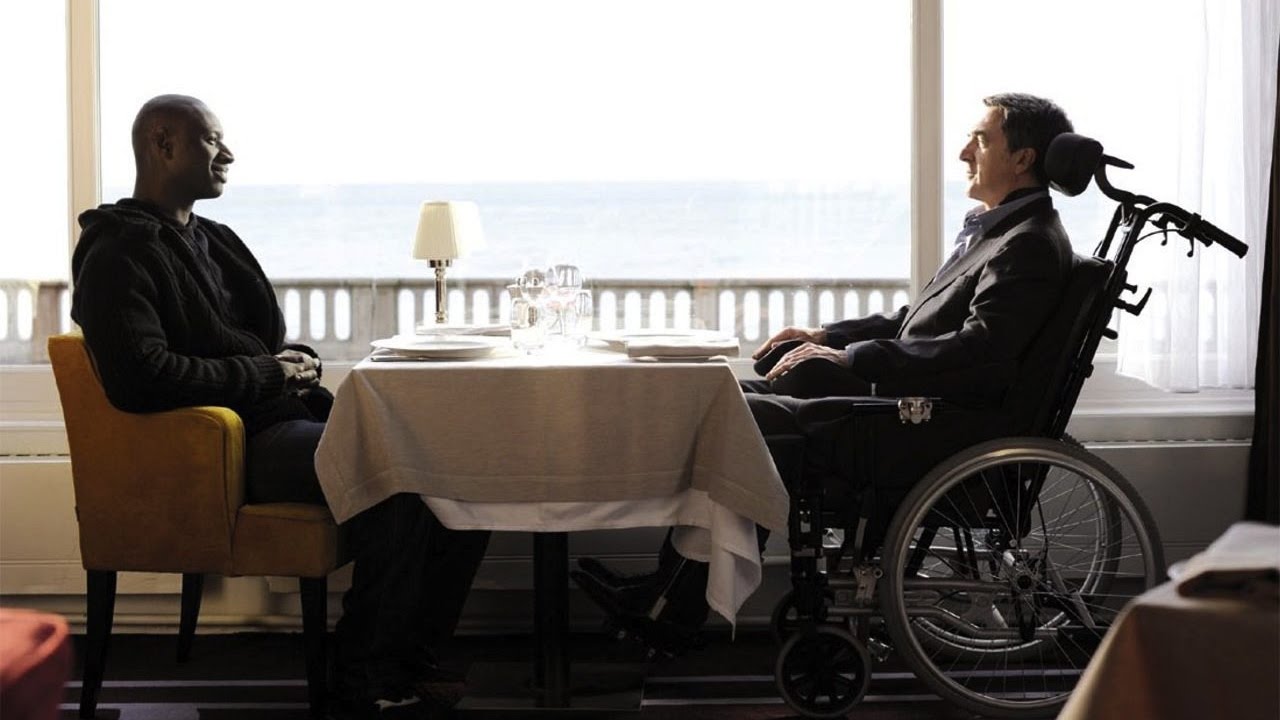 Yet there were still a few differences as well. Kevin Hart’s Dell is less of a jerk than the French Driss can be at times, though they still share the lack of pity that attracted their employer. The Intouchables also featured a great little scene where, after enduring Philippe’s love of classical, Driss lets loose to “Boogie Wonderland.” But the most notable difference concerns Philippe’s blind epistolary romance with a woman and Driss’s efforts to get them to meet face-to-face. The Upside features some of the exact same scenes, yet they have a different outcome, one that is perhaps more painfully realistic and leads to a far different role for the rich man’s assistant (Nicole Kidman in the American version, Audrey Fleurot in the French). For my part, I think I prefer the ending of The Intouchables, which is more lump-in-throat-worthy, aided by Ludovico Einaudi’s elegant score.

The Intouchables is clearly the more well-respected film (74% on Rotten Tomatoes versus an undeserved 39%), but The Upside is actually quite a successful remake. Some may bristle at recreating a film just so we English-speakers don’t have to read subtitles, but the filmmakers did a good job with it. Both films thrive off of the chemistry between the two leads, and all four actors are perfectly cast and do credit to the inspiring true story, though I find it odd that both Driss and Dell are black whereas Abdel Sellou was not. From the lows of depression to the highs of paragliding, The Intouchables and The Upside handle their serious subjects of class divides and disability with both pathos and humor and show that even total opposites can become lifelong friends.

Best line from The Intouchables: (voice on the phone) “Hello?”   (Philippe) “Eleonore, it’s Philippe. I’m calling because I really wanted to hear the sound of your voice, and with that first hello, I’m fulfilled.”   (voice, apparently not Eleonore) “I’ll put her on.”

Best line from The Upside: (Dell, to Philip) “You can have any girl you want. What about this lady with all the Botox? You’re perfect for each other. You can’t move your body; she can’t move her face.”