(For Day 1 of NaPoWriMo, the prompt was for a metaphor poem comparing life to a particular action, so I took inspiration from a movie that heavily focused on a similar metaphor of surfing.)

I live upon a wooden board
That glides along the ocean swell.
So many others stood and fell,
So on my belly, safe I dwell.

My wiping out I can’t afford,
And so I hug the firm and known,
And watch the few whose comfort zone
Is so much wider than my own.

They call to me with one accord
To stand within the arching wave,
And though I fear it, still I crave
The confidence of being brave.

MPA rating: Not Rated (should be PG-13, for some adult themes and brief nudity)

I love that the last two years, I’ve been surprised by anime films I wasn’t expecting. Maquia: When the Promised Flower Blooms proved to be the anime of the year in 2018, and Masaaki Yuasa’s Ride Your Wave was a similar pleasant surprise, considering I’d never heard of it until a preview before Weathering with You. Star-crossed love is a common anime trope, but Ride Your Wave puts a uniquely emotional spin on it, also standing out for its characters being young adults rather than the usual highschoolers. 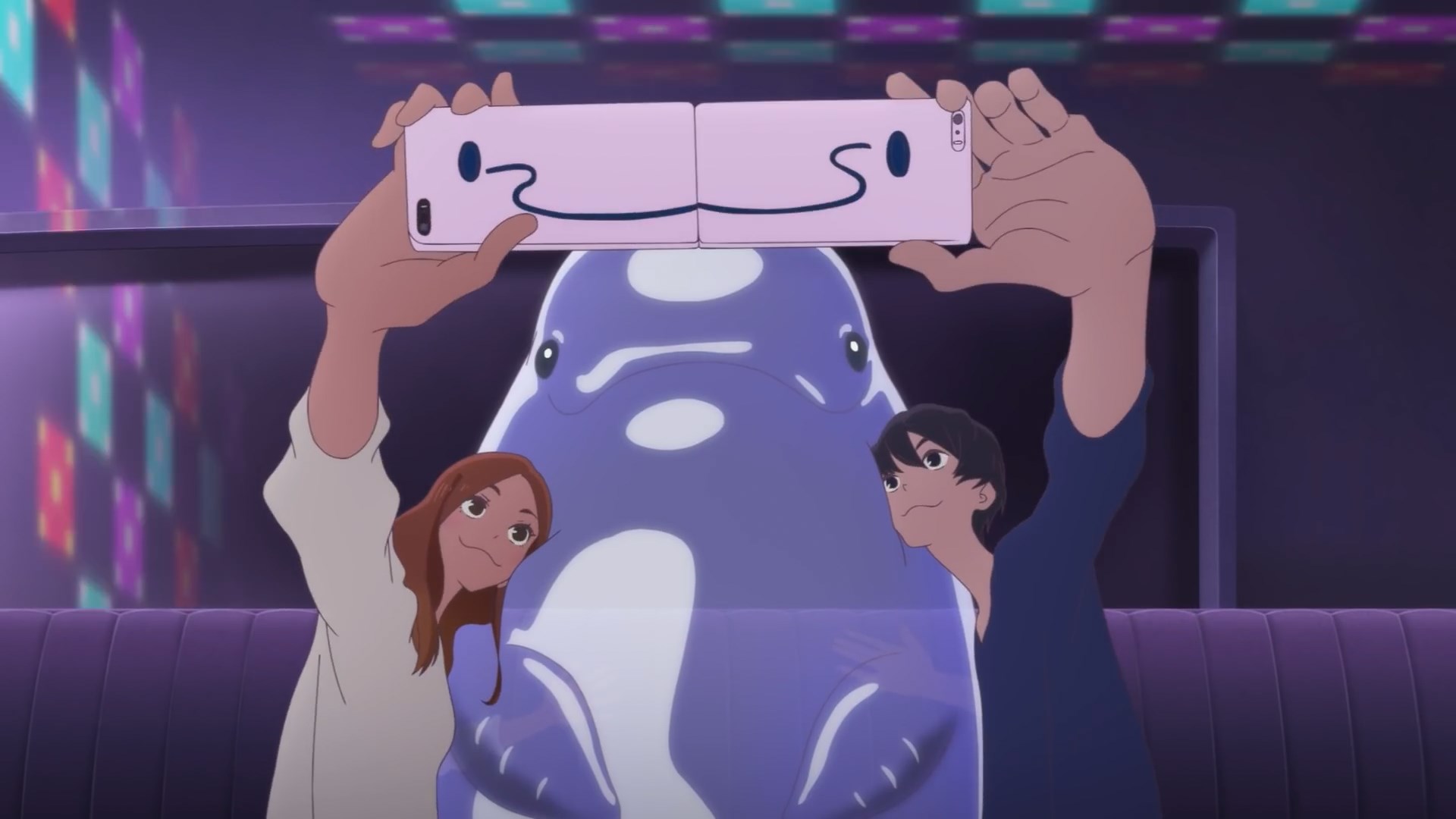 Hinako Mukaimizu has just moved into a new apartment near the ocean, allowing her to regularly partake in her favorite hobby of surfing. After a fire threatens her building, she falls in love with handsome firefighter Minato Hinageshi, and their romance is wholesomely reminiscent of the beginning of Up. And like Up, it ends in tragedy, leaving Hinako alone and unable to move on. Soon, though, she begins seeing Minato in water when she sings their favorite song, leading to hilarious misunderstandings and an unhealthy situation that clearly cannot stay the way it is.

I’ve tended to steer clear of Yuasa’s other works (like Lu Over the Wall or The Night Is Short, Walk on Girl), perhaps because his unique art style didn’t seem to appeal to me, but I must admit that I loved Ride Your Wave, and it’s made me curious to check out his past work. His hyper-fluid animation really complements the prevalence of water in the film and creates some unique angles and perspectives to ravish the eye. It’s a more cartoon-ish style than Makoto Shinkai’s photorealistic scenes, but it’s still detailed and pleasing in its own way. (It’s interesting to note the coincidence of this film and Weathering with You both coming out the same year and both featuring an emphasis on water and a notable scene with fireworks.) 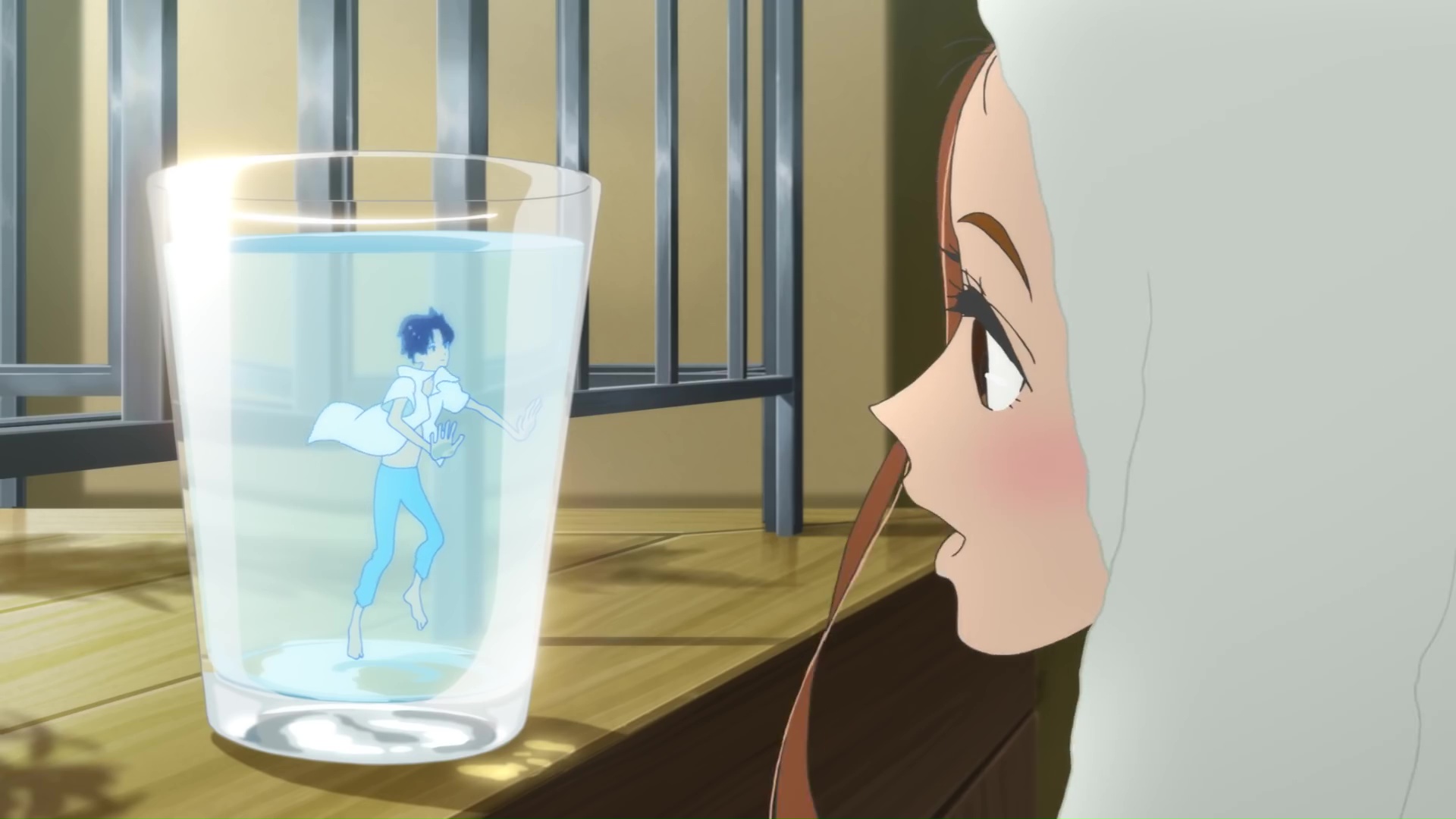 Beyond the technical, Ride Your Wave has real heart to it and does a great job developing its central couple, as well as side characters like Minato’s churlish younger sister. And that focus on likable characters is essential because there’s certainly absurdity to swallow here, such as Hinako walking around town with an inflatable porpoise filled with water (and Minato) in an effort to relive the days when Minato was still alive. The climax is wilder than that, so let’s just say it’s hard to imagine this film in anything but animation. It didn’t hit me until afterward, but the plot has many similarities to 1990’s Ghost, though with more of a rom-com sensibility than that film’s thriller elements. By the end, though, it definitely knows how to tap the emotions hard, even while retaining a sense of hope.

Since I can’t be all positive, Ride Your Wave is sometimes too on the nose with its blatant metaphor of learning to “ride the wave” of life. Plus, at only 94 minutes, the film’s relationships might feel too rushed to some, yet one could also say it presents what it needs to economically. I feel like Weathering with You is objectively a better film, yet Ride Your Wave made me feel more deeply, identifying at times with its exploration of grief. Yuasa’s blending of the poignant and the surreal is an unexpected treat for any fan of bittersweet romance.

Best line: (Minato) “If you stay with your head underwater, you’ll never learn to ride the waves.”