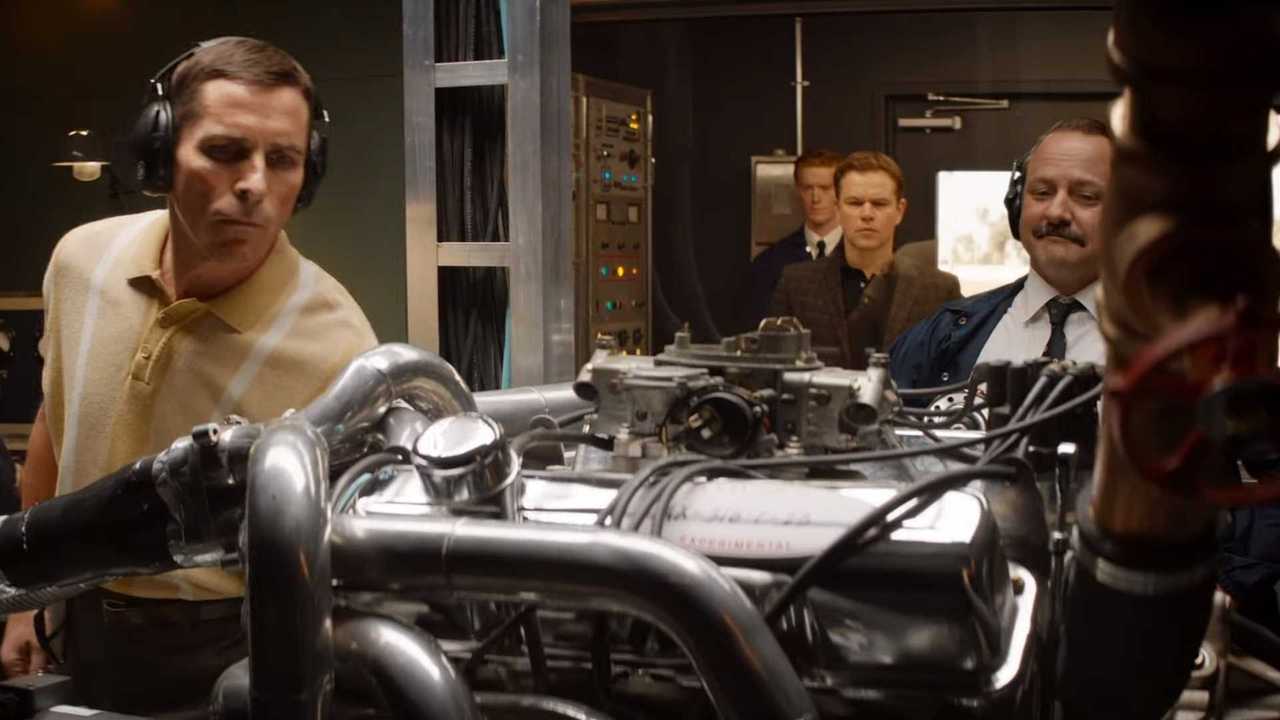 The engines start,
The motors roar;
They tear apart
Their brief rapport.
Upon their tails
And on all sides,
The cause of fails
In patience rides.
The bends are aced,
And straightaways
See dust and haste
And sing their praise.
And time slows down
While speed ticks up,
The goal no crown,
Award, or cup.
Instead, the flag,
The finish line,
The right to brag,
The chance to shine,
And here it comes
The dream ahead,
As straight now as an arrowhead,
The end of a road of adrenaline dread,
To which all the hopes of a lifetime have led,
Victory, the alpha’s zed!
___________________________________-

I have a confession to make: I have very close to zero interest in cars and racing, which seems like it would be a prerequisite to enjoy a movie about said topics. Yet Ford v Ferrari comes closer than I’d expected in making such subjects interesting to someone like me, who never even knew Ford and Ferrari had a rivalry. 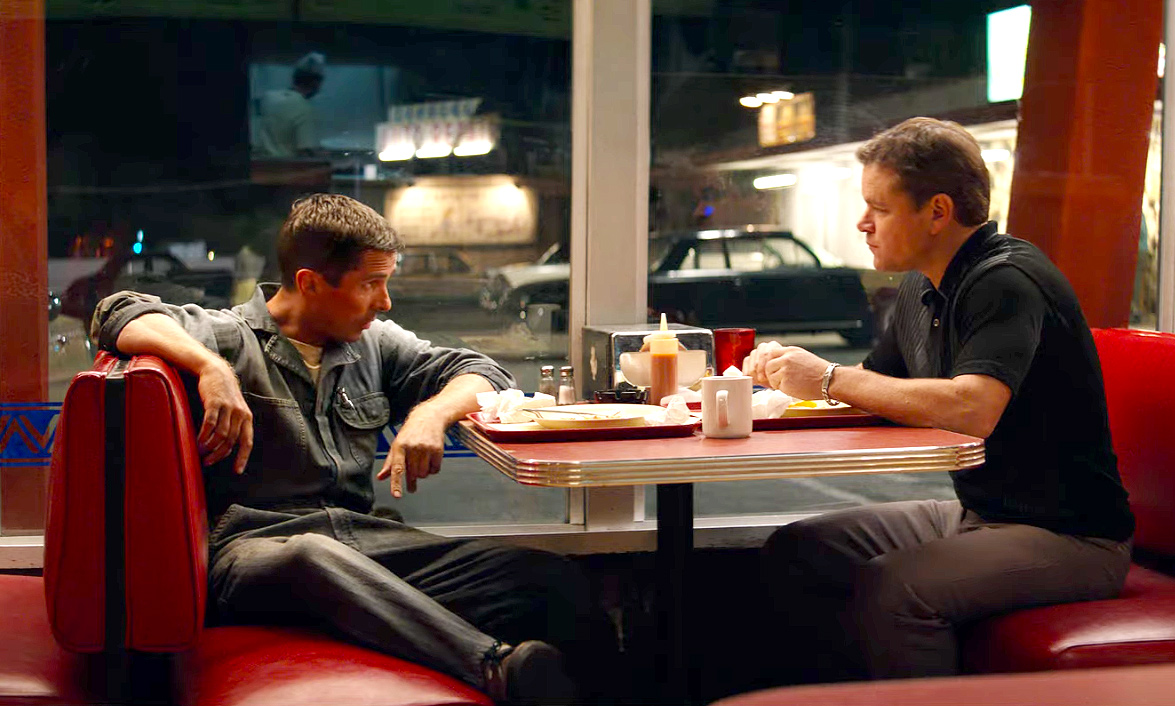 The story focuses on the efforts of two racing legends working toward creating a Ford that can compete with Ferrari and win the 24-hour race of Le Mans. (Another name for the film in Europe is Le Mans ’66.) Matt Damon plays Carroll Shelby, the first American to win Le Mans, whose racing days are behind him but who is recruited by Ford’s Lee Iacocca (Jon Bernthal) to redesign the GT40. His first choice for a driver is Ken Miles (Christian Bale), whose volatile passion and lack of tact put him at odds with the Ford Motor Company’s executives.

Ford v Ferrari is an easy movie to like and has been called a destined favorite for many Father’s Days to come. Luckily, while racing itself is the climax, there’s a lot more going on than just racing. In particular, the engineering efforts by Shelby’s crew recall the problem-solving tone of Hidden Figures, and Shelby’s conflicts with Ford executives make a case for trusting the doers over the corporate meddlers. Then there’s the illuminating of a lesser-known slice of history regarding Ford’s attempted buyout of Ferrari, as well as the heartwarming bond between Miles and his son (Noah Jupe of A Quiet Place). All in all, it comes together quite nicely, and even non-racing fans like me had plenty to cheer for during the big race.

I liked Ford v Ferrari more than I expected, but it’s still a film for which I don’t feel much passion. Its 2½-hour length could have benefited from editing, and the ultimate ending is more downbeat than the rest. It strikes me as a good film that probably wouldn’t have gotten a Best Picture nomination if the Academy had the old rules keeping it to five nominees, but there’s nothing wrong with that. Damon and especially Bale (getting to use his British accent) deliver excellent performances and standout scenes, especially when Shelby explains to Henry Ford II (Tracy Letts) why he should let him continue on the project after an initial failure. The plot offers dream-chasing uplift and an easygoing sense of fun that made me forget I don’t care for racing movies. That, to me, makes it the best kind of racing movie.

Best line: (Shelby) “When I was 10 years old, my Pops said, ‘Son, it’s a truly lucky man who knows what he wants to do in this world. ‘Cause that man will never work a day in his life.’”