It may be grim and end in tears,
To make more prudent those with ears,
But too much dark and dire can be
Too kindred to reality.

I’ve never had much interest in Quentin Tarantino’s films. When a director is known for violence and cursing, I tend to steer clear, and if it weren’t for Regal Theatres’ deal for all the Best Picture nominees, I probably wouldn’t have bothered with Once upon a Time in Hollywood. In the case of Pulp Fiction, the only other Tarantino film I’ve seen, I came to the conclusion that I liked how he presented the content but not the content itself, and his latest film fits that description, though to a lesser degree. Pulp Fiction at least felt daring and inventive; Once upon a Time in Hollywood buries its lack of substance under charisma and polish, which just isn’t enough. 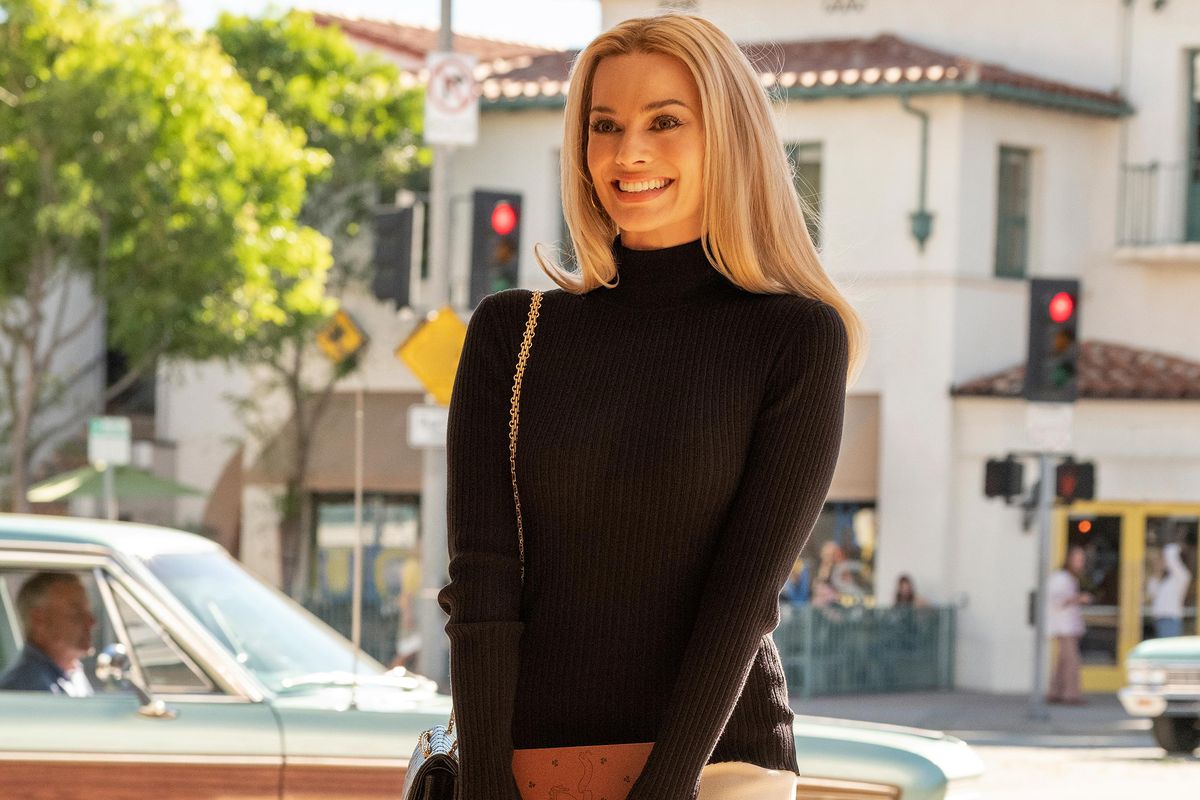 Leonardo DiCaprio stars as Rick Dalton, a washed-up TV actor whose big Western role in the show Bounty Law is behind him, leaving him in fear of a lackluster future of guest spots and Spaghetti Westerns. Brad Pitt is Cliff Booth, his easygoing friend/driver/stunt double who may or may not have killed his wife. (He’s the most likable character, so I guess we’re not supposed to care about the answer?) In 1969, Dalton lives next door to successful director Roman Polanski (Rafal Zawierucha) and his wife Sharon Tate (a radiant Margot Robbie), while the Manson Family cult bides its time at nearby Spahn Ranch.

All of that information is simply the set-up, but the bulk of the film is made up of rambling vignettes that could have been episodes in a mini-series. Dalton puts his full effort into an important guest role, Booth makes an unnerving visit to Spahn Ranch, Tate enjoys her success as an actress, and much of it is good-natured and entertaining. I especially liked a few scenes between Dalton and a precocious young co-star who gives him the encouragement he needs, and the Oscar-winning production design certainly looks great, capturing the hippie presence and Hollywood glamour of L.A. in the 1960s. All the actors seem to comfortably fit their characters to a T, particularly Pitt, though I’m not sure what was so worthy of a Best Supporting Actor Oscar.

Yet for all its attention to capturing the period, the plot is annoyingly hollow. Tarantino rarely holds back on the profanity, but his trademark violence is thankfully restrained for most of the film. However, the “grand” finale, offering a what-if scenario of the Manson murders, is so over-the-top (flamethrower, anyone?) that I lost respect for much of what came before. By the end, nothing is resolved with Rick and Cliff’s relationship and the “What now?” feeling that preceded the climax, and the “happy” ending just felt weird, making me wonder what the point of all this was, except for an indulgent walk down memory lane.

As I said, I’m no Tarantino expert, but his historically based films seem to thrive on redirected violence. In the case of this film, the Manson Family were such horrible human beings that we’re supposed to get satisfaction at their own violence being perpetrated back at them, which is a morally repugnant idea. Glorifying others’ suffering, however deserved it may be, isn’t something to enjoy, and the film’s climax is a jarring set piece that ruined its entertainment value for me. I suspect that Tarantino is simply not for me, even if I can recognize the cinematic skill on display, though even his famed talent for dialogue seems uninspired for the most part. Once Upon a Time in Hollywood is the kind of film that has a few great scenes but is far from a great whole.

Best line: (Narrator) “When you come to the end of the line, with a buddy who is more than a brother and a little less than a wife, getting blind drunk together is really the only way to say farewell.”