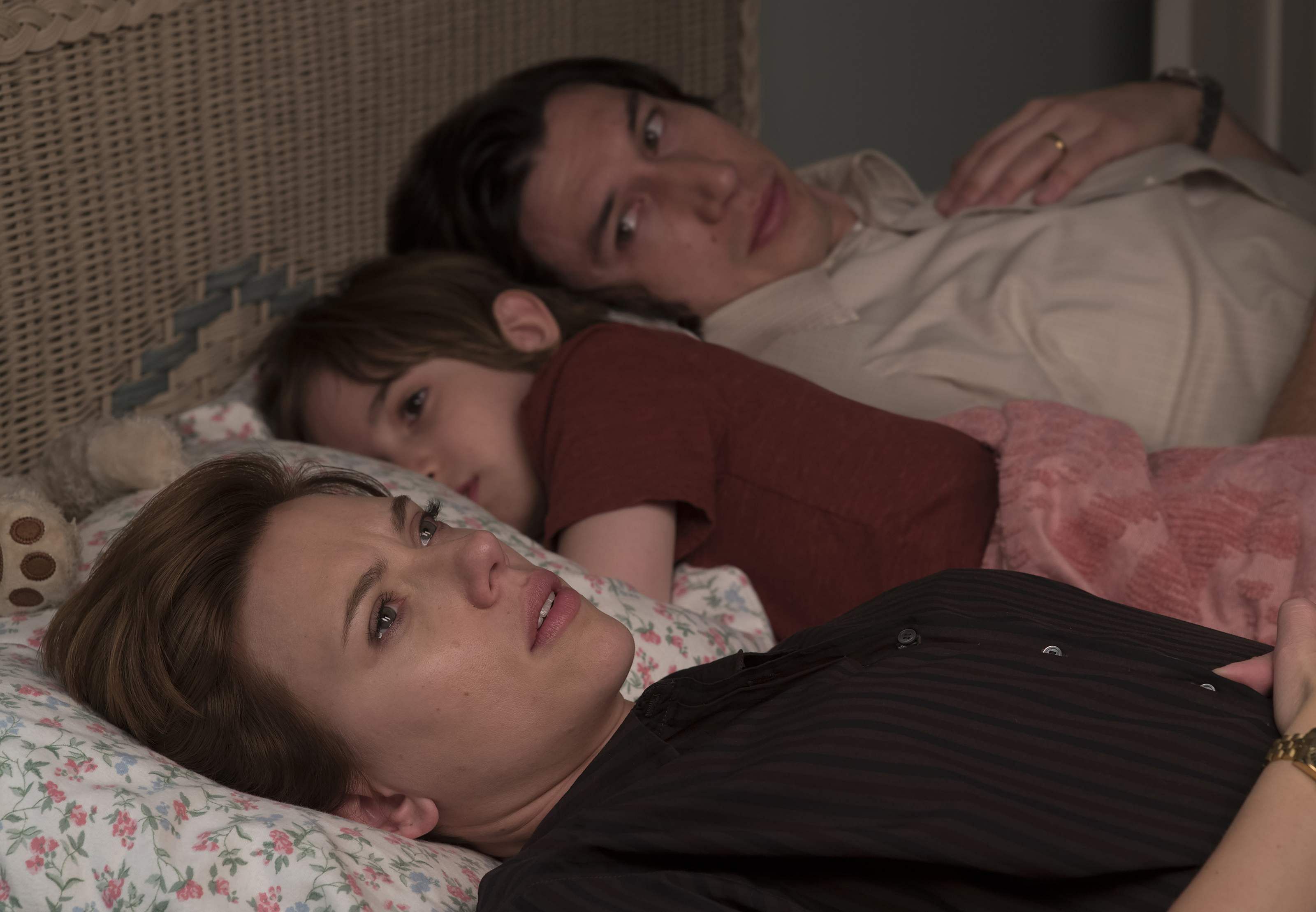 Marriage is a second skin
That settles overtop the first,
And those who’ve worn it many years
Would hate it if reversed.

Yet many chafe beneath the weight
And wish their freedom to obtain,
And when their other half dissents,
The aftermath is pain.

To shed your skin, to slough it off,
Will sting regardless of rapport
And leave you feeling raw and naked,
Two-in-one no more.

MPAA rating: R (for much profanity)

It’s finally time to dive into the Oscar nominees for Best Picture! I plan to see most of them in the theater leading up to the ceremony on February 9, but luckily I was able to watch Marriage Story from the comfort of my couch. Thanks, Netflix! Marriage Story may be the most potent of films focusing on divorce, hard-hitting and honest about the strain it inflicts on two people who once loved each other and still may, if not for the divisiveness of the situation. 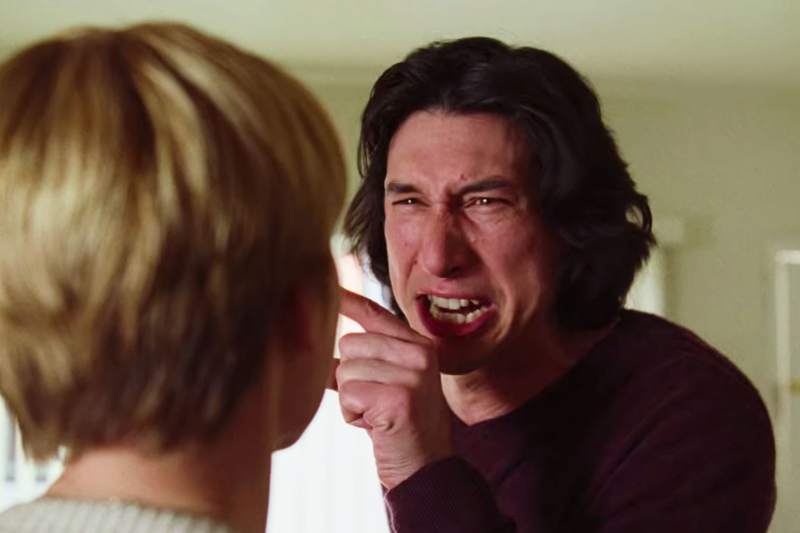 Writer-director Noah Baumbach does something brilliant right from the start: from the very first sequence, he gets the audience to like both Nicole (Scarlett Johansson) and Charlie Barber (Adam Driver), thanks to a counseling exercise where they describe the best aspects of each other. They both feel like real, kind, hard-working people and good parents to their son Henry (Azhy Robertson). Naturally, it goes downhill from there, since the two are already in the midst of a separation, Nicole taking Henry to L.A. for a TV role she landed while Charlie must divide his time between visits to L.A. and managing his Broadway play in New York. The introduction of lawyers (Laura Dern, Ray Liotta), who personify the “it’s not personal, it’s just business” mindset, only deepens the couple’s divide, sharpening their wills while breaking their hearts.

Like Fences back in 2016, Marriage Story is a film that I marveled at simply by the power of its acting, further strengthened by the incisiveness of Baumbach’s dialogue. Driver and Johansson prove they’re both masters of their craft, and it astounds me that they’re not the frontrunners in their respective award categories because I would just hand them the Oscar personally. The good will engendered for their characters right from the beginning goes a long way, especially since they both stoop to being petty and vindictive at times. The script does well to not choose sides, blaming the situation rather than only one party. At certain points, I felt more deeply for Charlie, yet he was the one who had an affair that led to all this. It’s a well-played balancing act and a heartrending one at that. 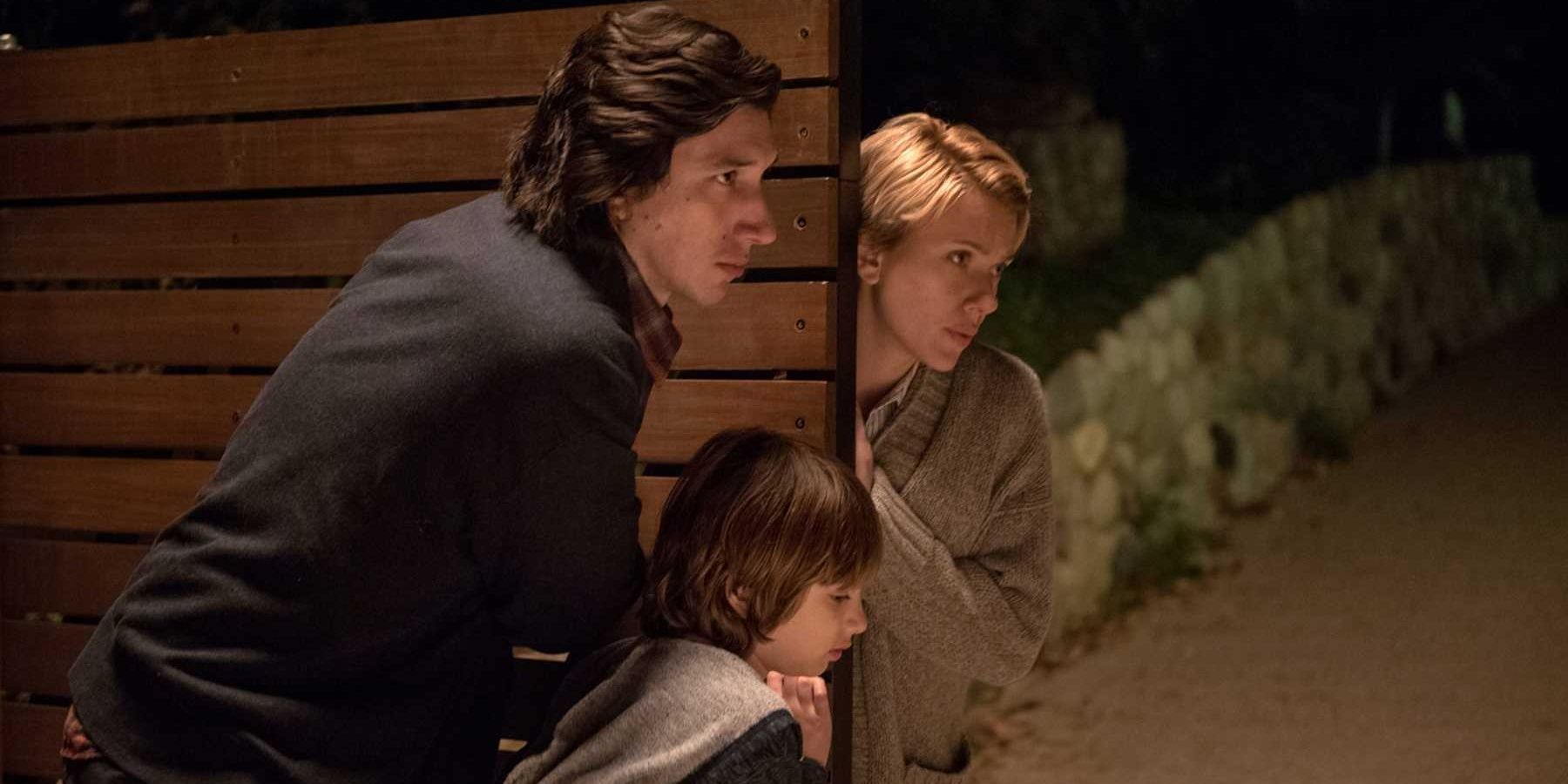 I’ve never been through the pain of divorce, though the film made me think of when my parents had to live several states away from each other for a time and I’m grateful it didn’t lead to what Charlie and Nicole go through. Divorce is a messy business, and when neither side is a monster, it’s sad for everyone. Certain scenes are stand-outs, showcases for those eloquent emotional fireworks that earn Oscar buzz, including a surprising musical opportunity for Driver. The divorce themes also bring to mind 1979’s Kramer vs. Kramer, though with more focus on the adults rather than the father-son pair in that film. Marriage Story doesn’t offer much closure or a solution to its tale of relationship ruin, but it’s a candid, sometimes funny, often poignant story that many will find painfully relatable.