One aspect of this whole blog experience that I’ve enjoyed is the Blindspot series, which I’ve done for the last three years. Everyone has those films that critics and fans laud, yet you’ve never quite gotten around to seeing them. Picking twelve such films at the beginning of the year and watching one a month is a great way to catch up on movies I keep putting off.

Despite falling behind throughout the year, I finished before the new year began, which is more than I can say for 2018’s picks. It was a nice mix of genres, and since I’m a nut for lists, here is my ranking of my 2019 Blindspots. While none of 2018’s picks dented my Top 365 list, three films from last year’s selection made the cut. The rest were uniformly good, though my bottom two felt lacking, considering their “classic” status. I’ll be posting my Blindspots for 2020 tomorrow but thought I should give a quick retrospective to bring last year’s Blindspot series to a close. 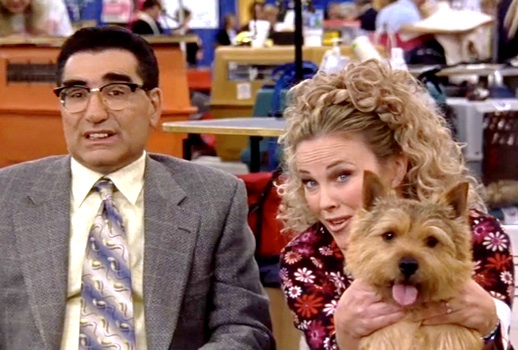 Classic Hitchcock with some great moments but dull connective tissue

Impressive world-building anime about an alternate space program, with a unique religious aspect

Fast-paced thriller played out in three variations; loved the butterfly effect but needed something more

Classic comedy borne on British drollery; will no doubt get funnier with repetition

One man’s life dependent on fate and choice, cosmic in a way that swings between poignant and pretentious

Exquisite biopic of two composers ruined by jealousy and genius

Heart-shattering musical melodrama with an exceptional performance by Bjork

Near-perfect biopic of Martin Luther King, Jr. and his 1965 voting rights marches; deserved more awards love than it got