Another morn, another day,
Another chance I’ll pass away
With sudden boom or bullet swift.
Another day, another shift.
I should be scared; indeed I am,
But danger doesn’t give a damn.
I still have work for others’ sake
That fools and heroes undertake,
And if I die before it’s done,
I pray the Lord will say we won.
___________________

MPAA rating: R (for much language and violence)

The Best Picture race for 2009 had some stiff competition, especially since it was the first year the Academy switched from having 5 nominees to 10. Granted, I haven’t seen most of them yet – it was only ten years ago; give me more time! – but I was still curious to see the ultimate winner, Kathryn Bigelow’s The Hurt Locker. Sure, it was satisfying when she beat her own husband James Cameron’s juggernaut Avatar, becoming the first female director to win Best Picture, but as it turns out, The Hurt Locker is a solid war film that thrives on tension and committed performances from Jeremy Renner and Anthony Mackie. 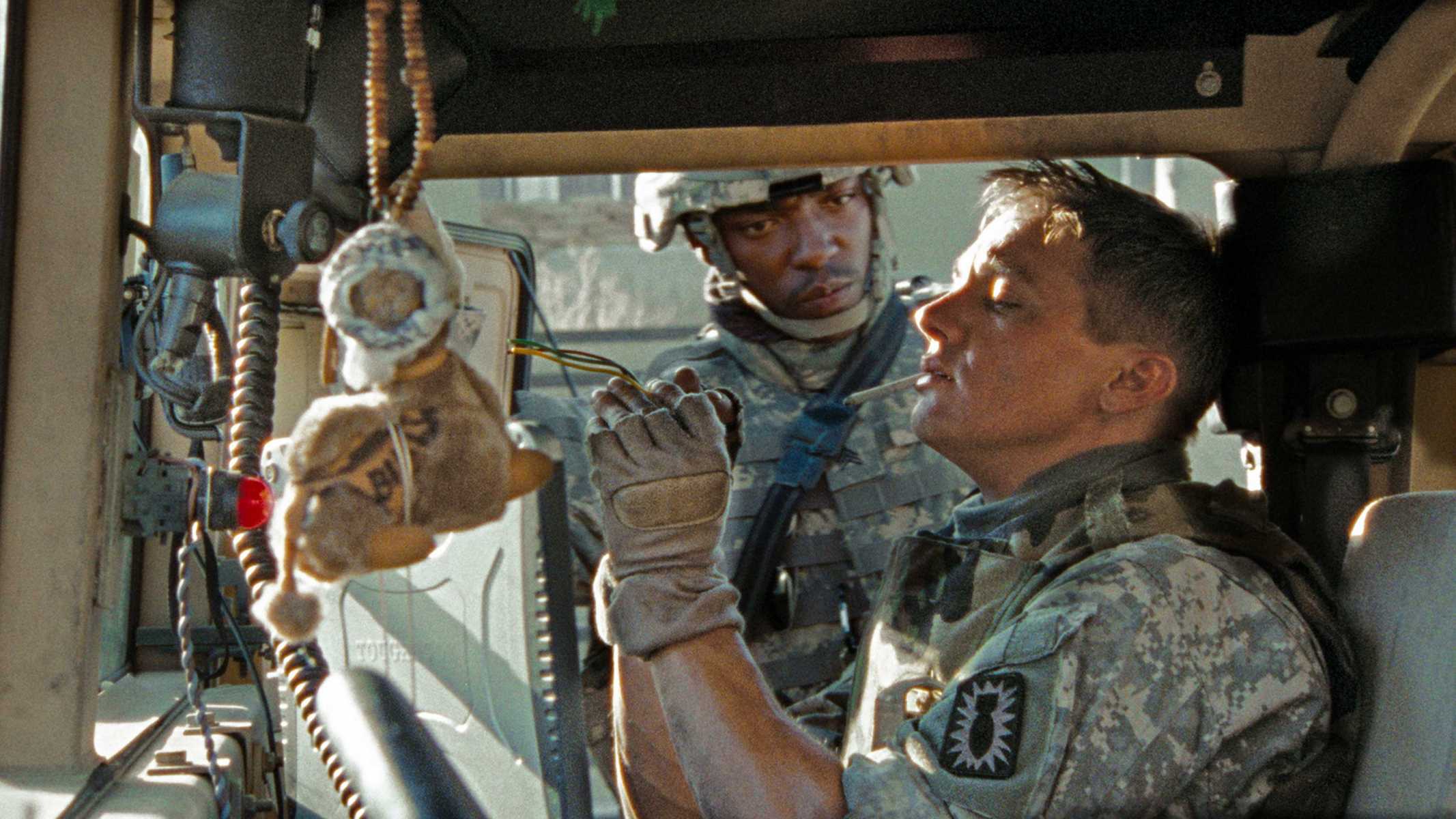 Most of the war films I’ve seen have been set during World War II or the Civil War, so, for me, this was a new foray into modern cinematic warfare, specifically the high-tension job of an American bomb squad in the Iraq War. After a nerve-racking opening scene that demonstrates how dangerous the job can be, we’re introduced to Sergeant First Class William James (Renner), who is placed in charge of an Explosive Ordinance Disposal (EOD) unit. It doesn’t take long, though, for his fellow soldiers (Mackie and Brian Geraghty) to realize that their new team leader is on the unconventional side, disregarding safety precautions and sometimes acting like he has a death wish.

The plot is rather episodic, as captions count down the number of days left in their tour of duty. Each instance of tense bomb hunting or sudden combat adds to the tone of danger, while having more impact on the characters than the storyline as a whole. The three men bond as soldiers do, while James’ recklessness strains that very bond as the days of constant life-and-death strain take their toll. One detour of James hunting for the truth behind someone he believes to have been killed ends with an odd lack of resolution, though, and ultimately the film’s greatest strength is the individual scenes of unbridled tension as bombs are being discovered and defused.

It did seem to me that James’ cavalier attitude seemed like the kind of behavior that would get reported and disciplined, so it made sense when I read afterward about the many veterans who complained about the film’s unrealistic portrayal of EOD soldiers, among other inaccuracies. Plus, it would have been helpful if they explained the title: “the hurt locker” refers to a soldier being injured, but I don’t recall anyone actually saying that. 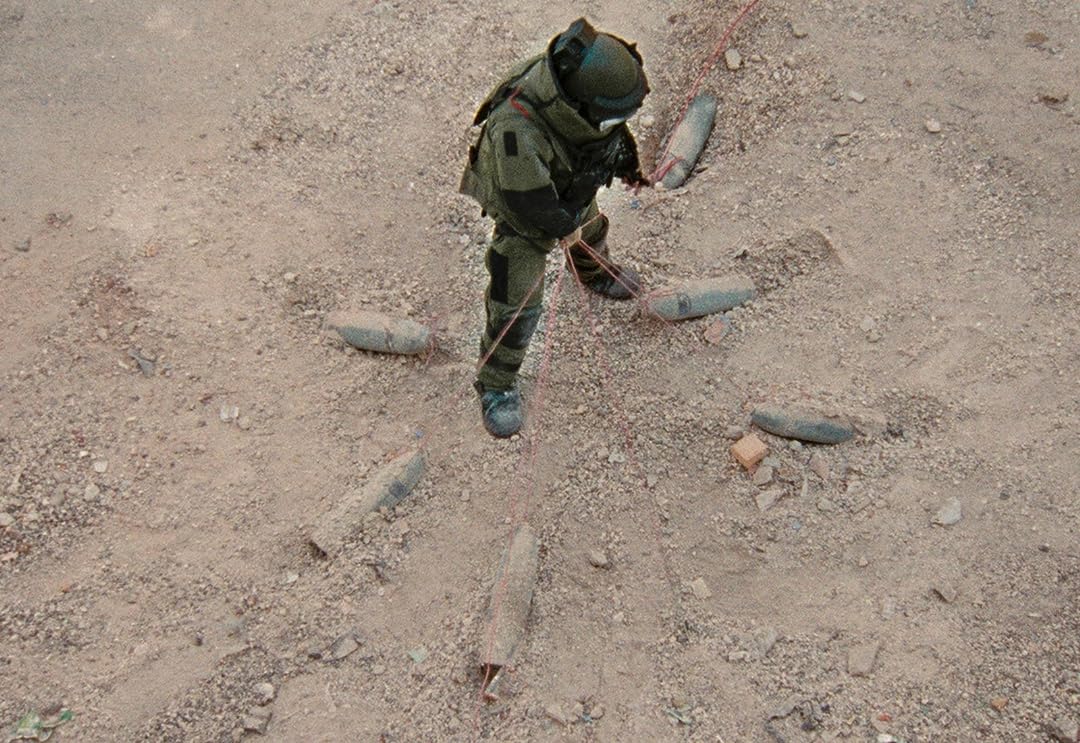 The Hurt Locker presents the stresses of the war in Iraq with a visceral candor that helped me as a viewer feel close to the action while not relying on in-your-face gore. It was also nice to see not one, not two, but four members of the MCU in one movie several years before their franchise days (Renner and Mackie, as well as Evangeline Lilly and Guy Pearce). I can’t really compare it to other Iraq War films, since this is the only one I’ve seen, but this certainly sets a high bar to which any others may aspire. Deserving of its six Oscars, it’s equal parts war movie and thriller and does both parts well.

Best line: (opening quote) “The rush of battle is often a potent and lethal addiction, for war is a drug.”