We live in a world in which evil and good
Are warring in hopes that each be understood.

The good share a dream in which righteousness reigns,
Dispelling all ignorance, chaos, and chains,
And could be considered one-note or naïve
In hoping for changes no man can achieve.

But evil, for lack of a worthier word,
Is interesting in how it seeks to be heard.
It pleads its own case, it redirects blame,
It covers its face, it covets more fame,
It craves vindication, it bristles at scorn,
It scatters temptation, it toots its own horn,
It seeks self-redemption and curses regrets,
It wants an exemption that no one else gets.

I feel like Unbreakable has grown in reputation over the years. Its unconventional take on the superhero genre predated the majority of big-budget comic book films, and the decline in M. Night Shyamalan’s output quality afterward made its excellence stand out even more. Naturally, it was a surprise when 2017’s Split made a post-credits revelation that it was set in the same universe, prompting speculation on what the inevitable third film would do to bring the characters together. Now that Glass has finally answered that question, I doubt I’m the only one thinking that we might have been better off not knowing. 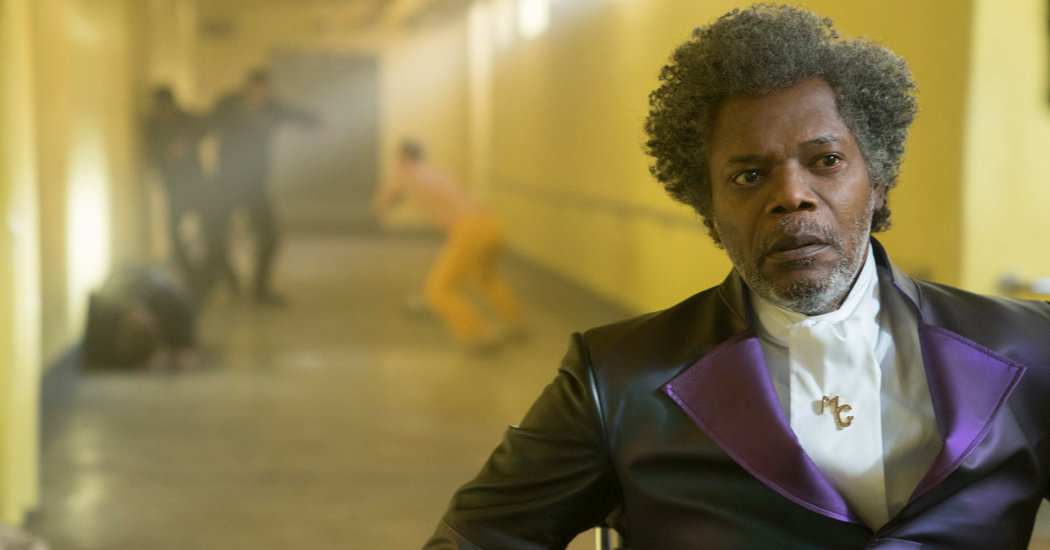 Now nineteen years after the events of Unbreakable and three weeks after the events of Split, David Dunn (Bruce Willis) has become an experienced vigilante called the Overseer with the help of his son (Spencer Treat Clark) and sets his sights on Kevin Wendell Crumb (James McAvoy), whose murderous Horde personalities are running amok. However, both David and Kevin are soon captured and imprisoned in a mental hospital, alongside Elijah Price/Mr. Glass (Samuel L. Jackson), where psychiatrist Dr. Ellie Staple (Sarah Paulson) seeks to convince them their superhero/villain abilities are merely figments of their imagination.

I wanted to like Glass, and in some ways, I did. Like Unbreakable, it’s a rare slow-burn superhero film, where the action is infrequent but scrappy, and the psychological questions raised are given just as much time (or more) than the plot. I certainly can’t fault the performances, particularly Jackson and McAvoy. The former lets Mr. Glass’s cunning bubble under the surface for most of the film and later revels in his mastermind status, while the latter continues the bravura flurry of performances that made Split such a showcase of acting skill. Paulson also does well in making her psychiatrist a seemingly sympathetic mystery, with intentions you can’t help but suspect.

Some might complain that Glass takes too long to get to the showdown to which it is clearly building up, but that’s not the extent of the film’s problems, which also include the outcome of said showdown. Of course, Shyamalan has to pull out a last-minute twist to subvert expectations, but, despite some intriguing implications, it’s far from a satisfying one. Bruce Willis may have the least charismatic character, but his David Dunn, in particular, deserved so much better than this film. With time to think about the ending, I’ve come to appreciate its attempt at refocusing the narrative on side characters, but it still left a bitter taste in my mouth.

So, I suppose you could say that Shyamalan strikes again. It’s neither his best nor his worst movie, but it’s the least of this comic-themed trilogy and had so much potential to be more. It’s still very well-produced and directed and worth watching for Jackson and McAvoy’s performances, but it only works as a where-are-they-now story (I liked the continuity of Shyamalan’s cameos), not so much as a conclusion. The next time I watch Unbreakable and Split, I might just pretend they’re stand-alone films.

Best line: (Glass) “There are unknown forces that don’t want us to realize what we are truly capable of. They don’t want us to know the things we suspect are extraordinary about ourselves are real. I believe that if everyone sees what just a few people become when they wholly embrace their gifts, others will awaken. Belief in oneself is contagious. We give each other permission to be superheroes.”

Rank: Honorable Mention (on the edge of Dishonorable)