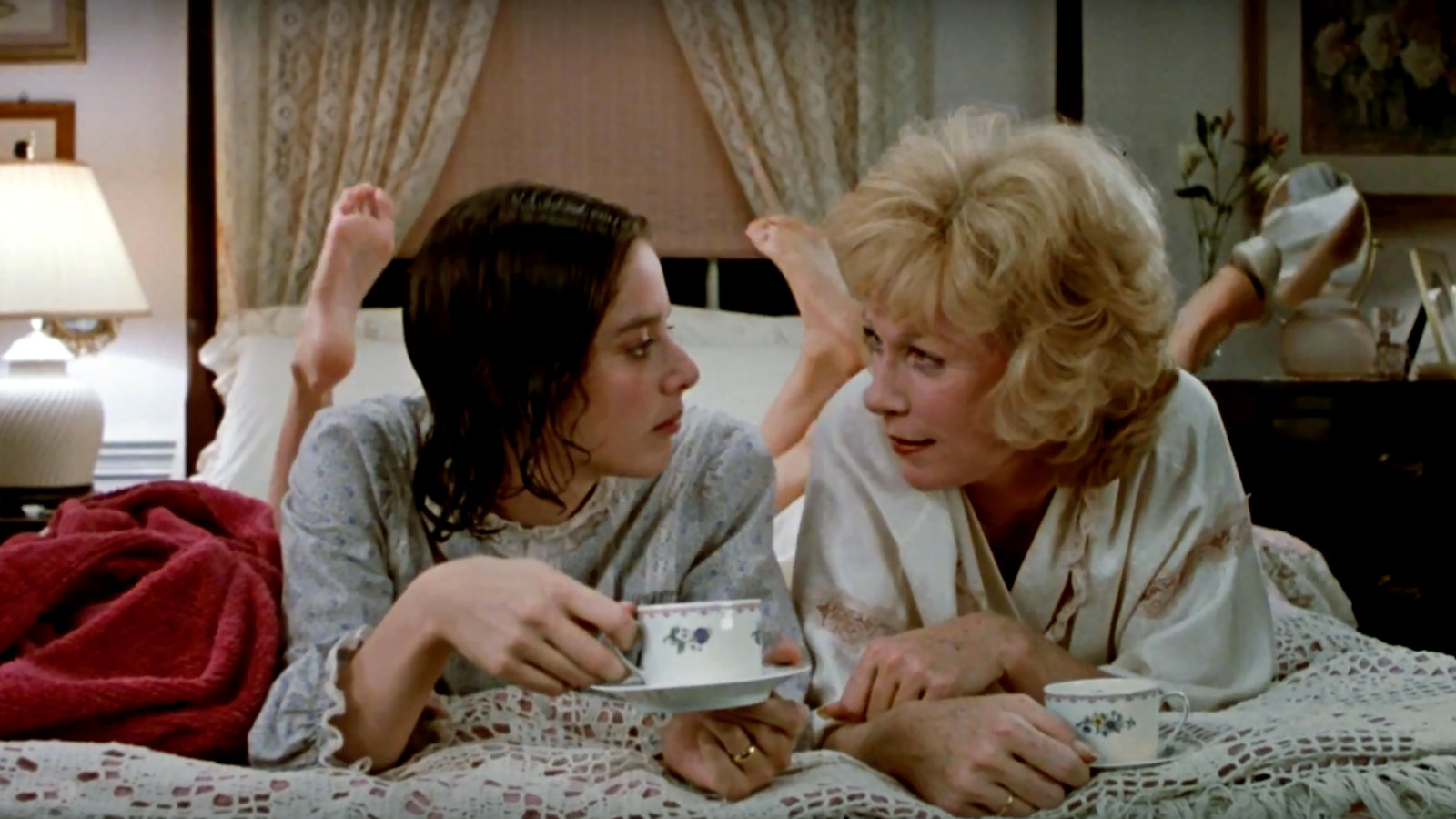 You love her so dearly,
And not insincerely,
Your mother, your mom whom you know loves you, clearly,
And yet you resent
Her distinct discontent
That causes her love to be dealt so austerely.

Your choices, your bearing,
The clothes that you’re wearing
Are always subject to her stare and found erring.
All that you’d withstand,
Every vague reprimand,
For the knowledge or hope that behind it is caring.
____________________

I know I haven’t posted in a while, being busy with a college class, but I’m back now and thought it was about time to review something chosen by my dear VC (Viewing Companion, for the uninitiated). I saw Terms of Endearment years ago and never gave it much of a thought since. I recalled it being good and sad by the end, and, sure, it won Best Picture in 1983 alongside several other Oscars, but for some reason, it never really stuck with me. At my VC’s urging, I finally got around to it again, and found to my surprise that I remembered a lot more than I thought I did. Even so, it was helpful to remind myself of a lot of the context that inevitably slips through the memory cracks, which further convinced me that it’s a great movie that’s just not one of my favorites.

The film’s greatest strength is its actors, particularly the dueling mother/daughter portrayals of Shirley MacLaine and Debra Winger, as Aurora and Emma Greenway, respectively. MacLaine is the quintessential disapproving parent, distant by default, content to let love be implied, and rarely allowing her emotions to show themselves. Winger as her daughter is hungry for that love and emotion and constantly trying to balance her love for her mother with their mutual exasperation. It’s a dynamic that my VC had with her own mother, so I can completely understand why it hit close to home for her, particularly a line about how the fighting between them doesn’t always feel mutual but simply a facet of their relationship. And the part about Aurora always being the first to let go of a hug certainly imitated life. I, on the other hand, have a largely warm and loving relationship with my own mom, making the emotional constipation onscreen less relatable for me but no less frustrating.

Supporting the main two women are Jeff Daniels as Emma’s less-than-faithful professor husband, John Lithgow as her own secret lover, and Oscar-winning Jack Nicholson as Aurora’s self-absorbed astronaut boyfriend, who is honestly insufferable half the time but skates by with that Nicholson swagger. The drama can get heavy, what with strained parental bonds, failed romances, and familial loss, but the accomplished actors do an expert job balancing the dramatic material with its comedic flourishes. With both MacLaine and Nicholson winning Oscars, though, I rather wish Debra Winger had garnered the same acclaim, since this is easily one of her best roles.

It’s no surprise that Terms of Endearment was an Oscar magnet, including its engaging script, based on a 1975 novel by Larry McMurtry. It’s an unabashed tearjerker about the messiness of family life, and while it does touch the heart, it will undoubtedly touch some more than others. I suppose it depends how much you see yourself or your parent in this classic mother-daughter relationship.

Best line: (Aurora Greenway) “I just don’t want to fight anymore.”
(Emma) “What do you mean? When do we fight?”
(Aurora) “When do we fight? I always think of us as fighting!”
(Emma) “That’s because you’re never satisfied with me.”