The depths of space have tempted man
For years while holding him at bay
Through distance, death, and lack of breath,
Insisting that we humans stay.

Unless you’re a diehard anime fan, you probably read the title of this movie and said, “What the heck is that?” Well, now that I’ve seen most of the mainstream films anime has to offer, I’m now seeking out the obscure, and I was surprised at the glowing reviews this unknown film has gotten since its 1987 release, growing into an apparent classic of the medium with 100% on Rotten Tomatoes. (Imagine my surprise when Netflix didn’t have it, but my local library did.) Royal Space Force is a hard film to categorize, but it’s undoubtedly well-made with unexpected thematic depth.

Imagine an anime mixture of The Right Stuff and Contact, and you’ve got Royal Space Force, the title referring to the poorly organized space program of the fictional country of Honnêamise. (Hun-ee-a-meece? Honey-mice? I don’t know how it’s pronounced since I don’t recall the name ever being spoken.) While no one takes the program seriously with its poor management and frequent failures, a slacker recruit named Shirotsugh Lhadatt finds a new passion and ambition for the project after a run-in with a young female evangelist named Riquinni. Despite the innate dangers of this unprecedented venture, including hostilities from a rival nation, Lhadatt literally shoots for the stars in a quest for peace and meaning. 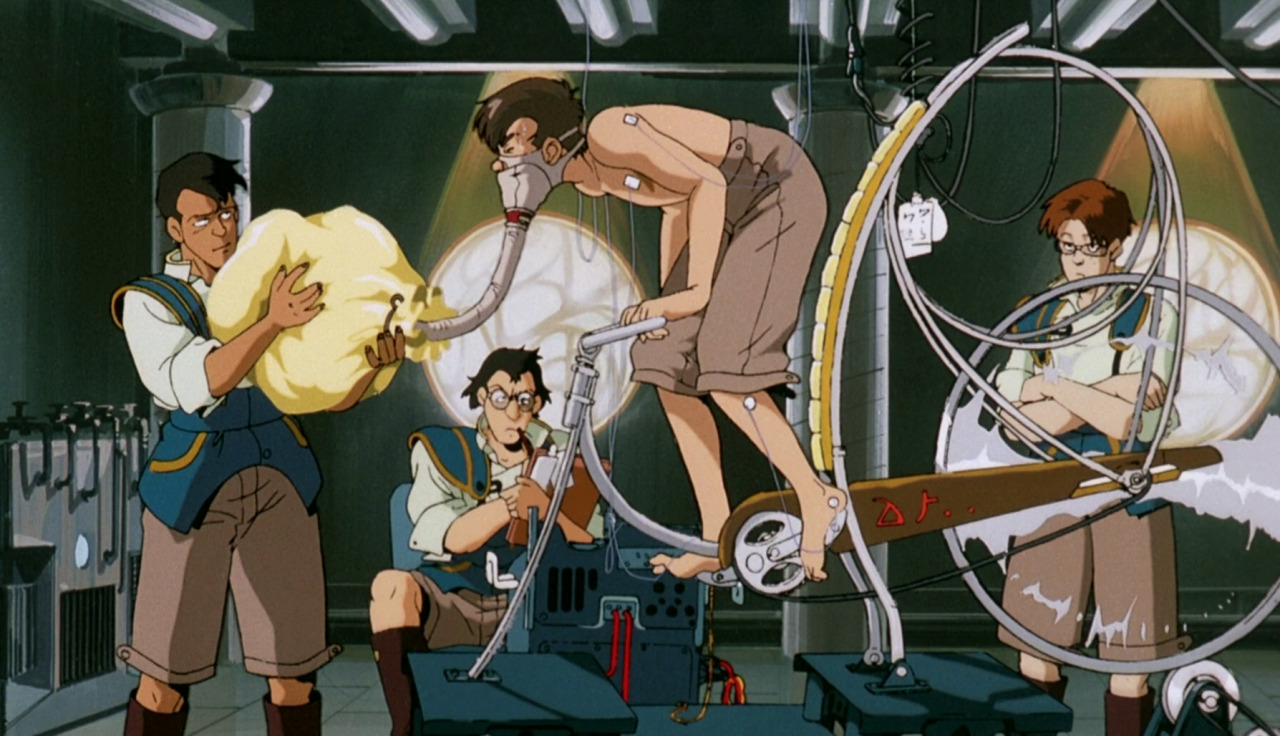 Beyond the plot or characters, what makes Royal Space Force really unique is its comprehensive world-building. It’s not quite straight fantasy or science fiction: there are a couple futuristic machines and some unique animals, but otherwise there aren’t many fantastical elements to the setting. It’s just different, a vision of what our world might have looked like during the Space Race if history had taken a different route. Windows slide downwards; plane propellers spin on the tail of the plane; currency is made up of small needle-shaped pins instead of coins. The architecture of the cities is ornate yet believable, often a mish-mash of cultural styles that create something new. I would watch it again just to appreciate the imagination on display, the fashioning of an alter-earth with creativity sadly lacking in so many other animated films.

As someone with direct family ties to the space program, I was also intrigued at how this film would approach its version. The filmmakers went to NASA to study space flight, and their efforts at authenticity mix surprisingly well with the otherworldly setting. The training contraptions for preparing Lhadatt for his mission are more slapdash and home-made than NASA’s, but their crudeness highlights how big of a scientific leap space travel is for this world, as it was for our own. And by the time the launch day comes amid self-doubt and international turmoil, the event has a similar gravitas and grandeur as the real thing.

Another unique aspect of this film was the role of religion. Riquinni’s faith is clearly a fictional one based off a couple stories mentioned, but her discussions of God and nightly dispersal of tracts are clearly an analog to Evangelical Christianity. And unlike Contact, which annoyed me by pitting faith and science against each other as if they were antithetical, Royal Space Force depicts faith as a positive influence, encouraging Lhadatt to believe he is part of something bigger than himself and push toward a brighter future. There have been plenty of anime with Christian elements and themes, but this movie climaxes with a sincere and moving prayer that is one of the most explicit declarations of faith I’ve seen in animation.

While it’s a significant achievement in the medium, Royal Space Force does suffer somewhat from a deliberate pace and not quite enough resolution by the end. It’s not boring and has a few thrilling sections, but you shouldn’t expect constant humor or action from its grounded drama. The biggest problem is a scene of attempted rape that saps a lot of the sympathy for Lhadatt, even if he seems repentant later, and also serves no other purpose than to put the film into “mature” territory. The scene was cut in its video release, and it would have been better if the initial editors had done the same.

Now at least, I can check off another Blindspot from my list, an anime film that has held my curiosity for some time now. I think anyone interested in the development of space travel and speculative fiction would find much to appreciate, and fans of animation even more so, since this feature was the first project of Studio Gainax, which went on to the fame of producing series like Neon Genesis Evangelion and Gurren Lagann. Royal Space Force: The Wings of Honnêamise may have an ungainly name, but it deserves its low-key classic status, making me wonder if the sequel that’s been rumored for years will ever get off the ground.

Best line: (Riquinni, reading from her holy book) “And you shall find that prayer is the greatest of all things, and it is also the smallest. You’ll find nothing more noble than prayer, nothing more humble.”