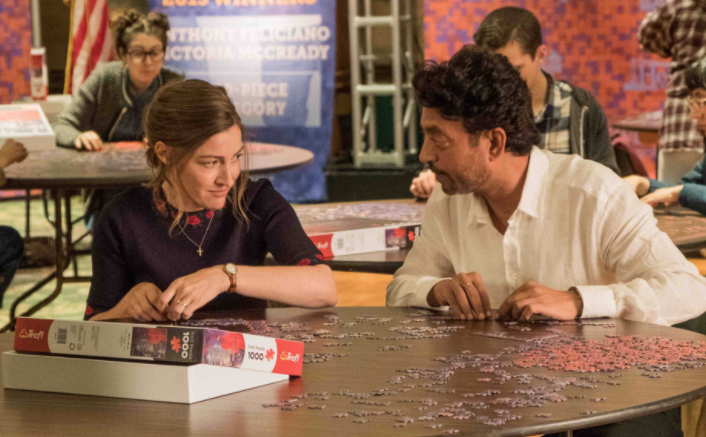 Gather the pieces and put them together,
Grouped by the borders, the colors, the shapes,
Every last piece is reliant on whether
You’ll strive to the end or accept sour grapes.

People and puzzles begin as mere pieces
And wait for the day they at last are complete.
The one who assembles, refusing to cease, is
The one satisfied at the end of the feat.
____________________

I don’t recall which post it was, but I remember saying at some point that there would inevitably be a movie for every conceivable contest out there, and sure enough, here’s one featuring a national jigsaw puzzle tournament. As someone who used to love puzzles and put together 1000-piece pictures with the best of them, I had special interest in this movie’s subject, and it turned out to be a quietly likable little film.

Kelly Macdonald (known to me as the voice of Merida in Brave, though she effortlessly sheds her Scottish accent here) plays a soft-spoken Catholic housewife named Agnes. We get an excellent, largely wordless view of her character and life as she hosts her own birthday party, preparing the cake and cleaning up herself, all with patience and an occasional sigh. Yet when she opens one of her gifts and assembles the jigsaw puzzle inside, she discovers a latent talent that is all her own, leading her to step out from the shadow of her family life and start training with the wealthy and misanthropic Robert (Irrfan Khan), a professional puzzler in need of a partner for an upcoming puzzle contest. 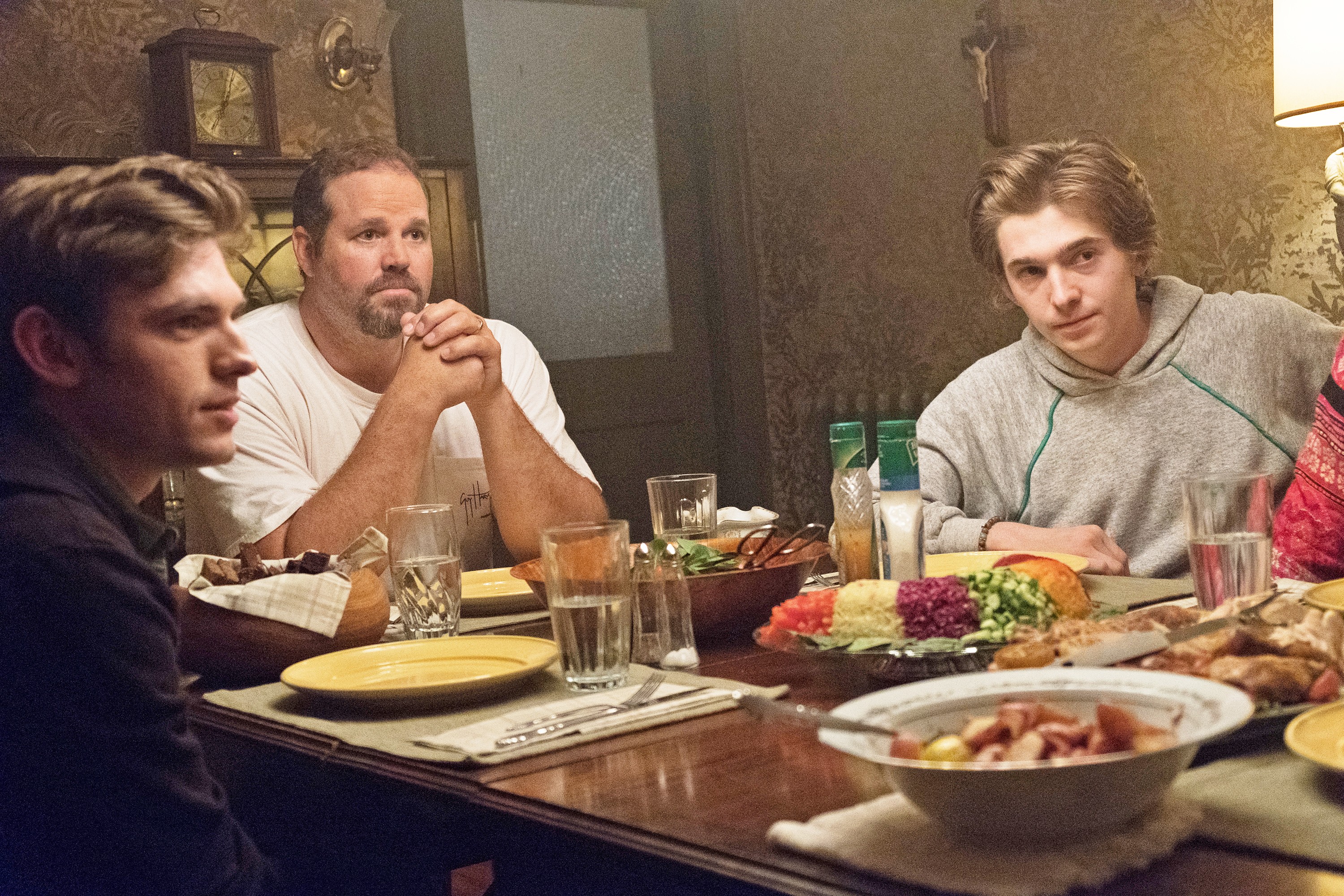 Puzzle’s greatest strength is its characterization. As I said, it sets up Agnes’s situation with a brilliant lack of exposition, showing rather than telling, and her demure, self-effacing nature is a sharp contrast to the eccentricities of her puzzle partner. Agnes’s husband Louie (David Denman) is also a complex figure. At times, he seems like an inconsiderate boor, expecting her to always have dinner ready and balking at any change to their normal lives, but it’s simply what he, as well as Agnes up to that point, had always known. And plenty of other scenes make it clear that he loves Agnes and is willing to change for her, just not always in the most tactful of ways. It would have been so easy to slap these characters onscreen without the nuance, but I enjoyed the character depth delivered by talented actors.

Nevertheless, I was somewhat disappointed by the direction of Agnes’ self-awakening, specifically (spoiler alert) that her relationship with Robert inevitably evolved into an affair. While I appreciated her eventual decision, I’ve always felt the same way about stories where someone turns back only after a sexual fling. Films like Witness, Ida, and this one are well-made and relatable, but it feels like the ultimate decision toward orthodoxy loses some of its power after they’ve already transgressed. On top of that, the ending here is a little too open-ended for me. Like I Am Legend, this is another case where I prefer the alternate ending to the actual one, or even better, some combination of the two.

Puzzle came close to being a favorite, but it fell just a little short. The characters were empathetic and well-written, and I certainly loved the puzzle subject matter and its message of why puzzles themselves are so appealing. I also liked its rare positive portrayal of Agnes’ Catholic faith, though I wish they could have delved further into how that faith was affected by her new sense of self. It’s an engaging indie that just might awaken (or re-awaken) the desire to assemble a puzzle of your own.

Best line: (Robert, to Agnes, whom he calls Mata) “Life’s just random. Everything’s random. My success, you here now. There’s nothing we can do to control anything. But when you complete a puzzle, when you finish it, you know that you have made all the right choices. No matter how many wrong pieces you tried to fit into a wrong place, but at the very end, everything makes one perfect picture. What other pursuits can give you that kind of perfection? Faith? Ambition? Wealth? Love? No. Not even love can do that, Mata. Not completely.”