Deep in a magic dimension few know,
A once mighty wizard in weakness resides,
Guarding great evil since eons ago,
And keeping it sealed, he yet watches and hides.
With the rise of a hero, his fall coincides.

Somewhere it’s certain this champion waits
To prove himself worthy and purest of heart,
But waiting has led to the direst of straits,
And now the old wizard has need to impart
His power to one perhaps not quite as smart
Or noble or unselfish as he prefers,
But beggars aren’t choosers for superpowers.
Perhaps in this boy, a new champion stirs.
_____________________

It’s amazing that, within months of each other, both Marvel and DC put out films about their respective characters named Captain Marvel. DC’s version predates Marvel’s but is now known as Shazam, a word that was apparently just his catchphrase for transforming into a muscle-bound hero. This superhero-now-known-as-Shazam may date back to 1939 and have two TV series from the 1970s/80s to his name, but I was unfamiliar with the character and greatly enjoyed this introduction to him. 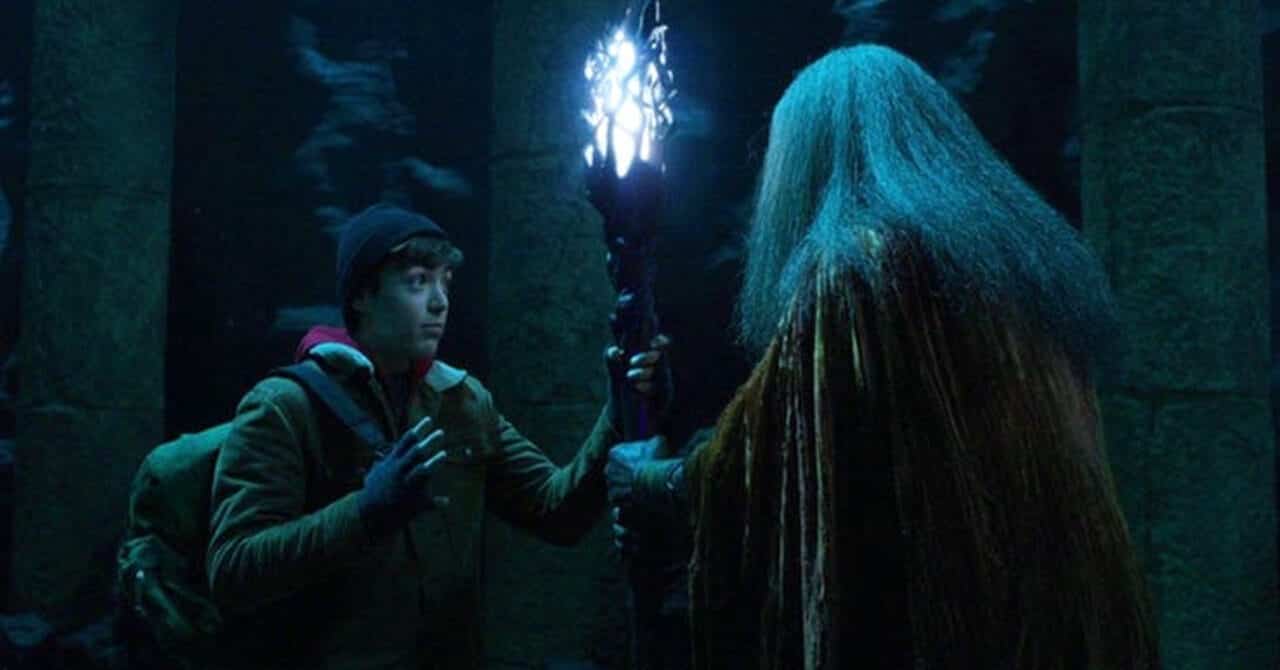 As expected from the trailers, Shazam is basically Big with superpowers, but it does quite a bit right in taking the same concept of a boy in an adult’s body and running with it in unexpected and largely fun directions. After being separated from his mother, young Billy Batson (Asher Angel) grows up as a foster kid desperate to find her and always landing in trouble. Eventually, he’s taken in by the generous Vasquezes (Cooper Andrews and Marta Milans) and their gaggle of fellow foster kids, including superhero-fan Freddy Freeman (Jack Dylan Grazer). Soon, Billy is unexpectedly summoned by a weakening wizard named Shazam (Djimon Hounsou) and gifted with the body and abilities of a superhero, in order to stop a raging villain (Mark Strong) with the power of the seven deadly sins.

Like I said, I wasn’t aware of Shazam’s existence, much less the fact that his name is an acronym, representing his gifts of the Wisdom of Solomon, the Strength of Hercules, the Stamina of Atlas, the Power of Zeus, the Courage of Achilles, and the Speed of Mercury. (I suppose I’ll ignore the historical/Biblical figure of Solomon being lumped in with Greek and Roman myths.) Yet not knowing about the character helped me appreciate the story without any preconceived opinions about how it should be, as would be the case with Superman or Batman. It was interesting then to research afterward and realize how much of the plot had its roots in the comics. (I’m just nerdy like that; I always study a movie’s backstory before or after seeing it.)

The kid actors are delightful, and Zachary Levi is perfectly cast as Billy’s adult form, nailing the juvenile mentality and wide-eyed wonder of a boy turned into a man and discovering what superpowers he has. It’s goofy and frequently hilarious, which is quite the contrast to Strong’s scenes as the magic-obsessed Doctor Sivana. The shifts in tone can be quite jarring at times, with Sivana’s Sins manifesting in one surprisingly violent scene that could have been toned down. Nevertheless, I appreciated how Billy’s sense of feeling unworthy reflected Sivana’s, like the latter was a dark reflection of the former, making Sivana prime archenemy material.

Shazam might just be my favorite installment yet of the DC Extended Universe, a fun exercise in wish fulfillment that is deepened by a heartwarming message of adoptive family. For anyone who enjoyed the familial themes of Meet the Robinsons or Spy Kids, Shazam is similarly gratifying. As an origin story, this is the rare DC property that can hold its own next to Marvel, and I, for one, look forward to more superhero movies like it.

Rank: List-Worthy (tied with Captain Marvel, because I can)