(Happy Easter to all! I decided to skip today’s NaPoWriMo prompt suggesting something weird and dreamlike, and instead tried tackling a more meaningful theme and an unpopular but timely issue.) 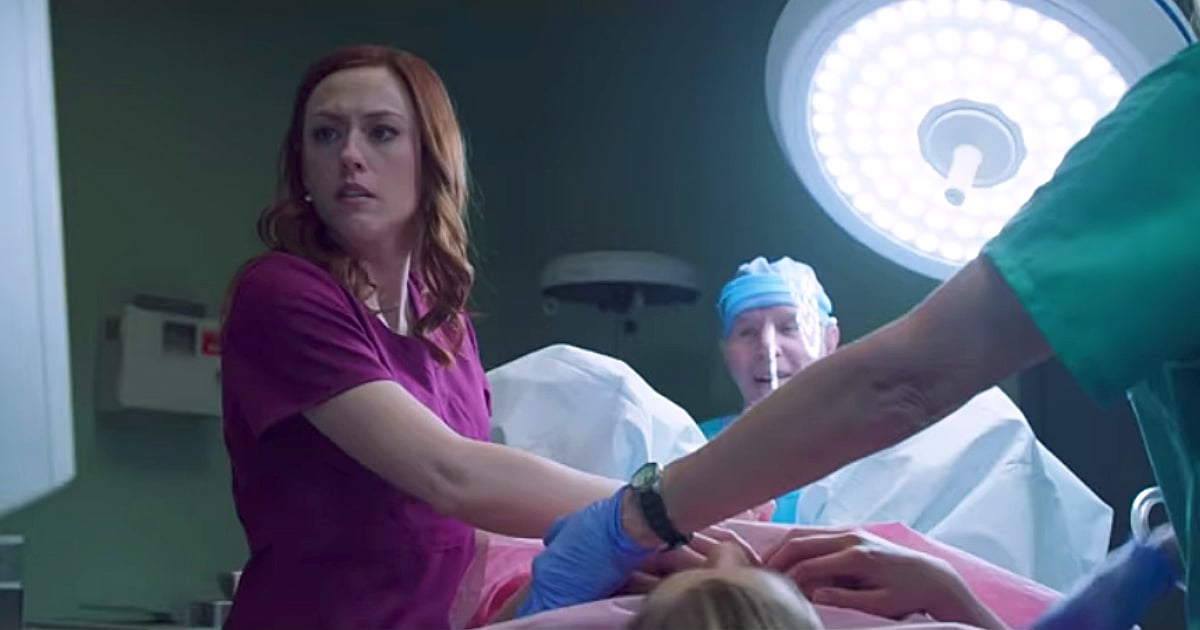 At all of the periods known for their slaughter,
When man’s own injustice ran wild and unchecked,
There always were those who remained on the sidelines,
Discrete but complicit in every respect.

The neighbors of Nazis, Confederate kin –
We look back and wonder how foolish were they,
To live on ignoring how lives were deprived,
While humans were thought of as inhuman prey.

Each generation has evils like these.
Condemning the past has no sway on the present.
What biased offenses have we disregarded
Because owning them would be far too unpleasant?
_______________________

I wasn’t sure what to review for Easter, but Unplanned is the only faith-based film I’ve seen recently, so it made sense. Faith-based films are hard to get right; for every movingly authentic one like All Saints, there’s ten more like God’s Not Dead, which wasn’t terrible but was so aimed at preaching to the choir that it came off as overly self-righteous. It’s hard to say where Unplanned fits in; it’s certainly better than the vast majority of Christian films, both in production quality and execution, but its subject matter lends itself to an immediate taking of sides, depending on your political affiliation. Yet it’s a film I feel everyone should see, and certainly anyone with an opinion about abortion.

Unplanned is based on the same-titled memoir of Abby Johnson (played well by Ashley Bratcher) and tracks her path from being a nominally pro-life college student deciding to volunteer at Planned Parenthood to becoming the director of the same Texas Planned Parenthood branch. Despite undergoing two traumatic abortions of her own, she persuades herself under the banner of women’s reproductive rights, believing that she can help make abortion safe, legal, and rare in the process. It isn’t until she witnesses an abortion firsthand that her opinions are truly challenged.

As you might have guessed, I am pro-life. I believe that abortion is the legalized murder of innocents, and I pray fervently for the day it is finally banned. I will not condemn those on the other side of this issue, nor those who have had abortions; indeed, I personally know women who have undergone this procedure, who have told me they will regret it to their dying day. I simply and firmly believe that the pro-life movement will one day be on the right side of history. So surely I’m just promoting this film because it reinforces my own views, right? Perhaps, that’s true.

But it’s those who don’t share those views who I feel ought to see it, if only for that one early abortion scene. It’s not gruesome in a horror movie kind of way, but it is deeply disturbing, especially because it is realistic, representing what happens regularly every day in abortion clinics across the country and world. The doctor in the scene itself is played by an actual former abortionist, and whether the rest of the film convinces people or not, that one painfully true scene presents an appallingly inconvenient truth.

Unplanned has become notable for how little exposure it’s received from mainstream media sources; the vast majority of TV and radio stations refused to air ads, and the few publications that deigned to review the film wrote it off as propaganda. The MPAA board even gave it an R rating, implicitly acknowledging the inherent violence of abortion. Except for a few harrowing scenes, though, it’s got to be one of the cleanest R-rated films out there, and I was pleased to hear its rating did little to affect its surprisingly large box-office draw, thanks to its Christian audience.

So back to my main question: is Unplanned just preaching to the choir or something others can appreciate? I think every viewer will have to decide that for themselves. It sometimes has that overly earnest Christian-movie kitsch, including a largely unnecessary voiceover, but more often it’s quite believable and even entertaining, especially when Kaiser Johnson shows up as a smooth-talking lawyer. Sometimes, it makes a point of portraying Abby’s coworkers at Planned Parenthood sympathetically, yet it also villainizes her Planned Parenthood superior Cheryl (Robia Scott) as shamelessly devious (though based on certain leaked videos, I’ve no doubt that such deceit really exists in the organization). The film is at least self-aware enough to call out the negative side of the pro-life movement too, asserting that compassion and empathy are far more effective than shouting and shaming.

Unplanned didn’t just reaffirm my position; it clarified the horror of abortion and made me consider how little I’ve done to oppose it. Those who read this may think abortion is perfectly fine and roll their eyes at another Christian movie trying to promote its agenda, but I think too many people talk about abortion in abstract terms without knowing what it really looks like. It’s why abortion clinics discourage ultrasounds and putting a baby’s face on this issue. At the very least, this film offers a persuasive pro-life message for those whose opinions aren’t too inflexible, one that teenagers especially should see; whether people take it or leave it is up to them, but no controversial opinion should be formed based on one side alone. I wish Unplanned focused more on the alternative, namely adoption, but it’s an ultimately powerful testament to what can happen when the truth of abortion finally sinks in.