(Today’s NaPoWriMo prompt was to incorporate some kind of regional weather term. Because of its potential origins in the Pacific Northwest, where this movie is set, I took inspiration from the word sunbreak, which Wikipedia defines as “a passage of sunlight in the clouds during dark, rainy winters (typical west of the Cascade Mountains.”) 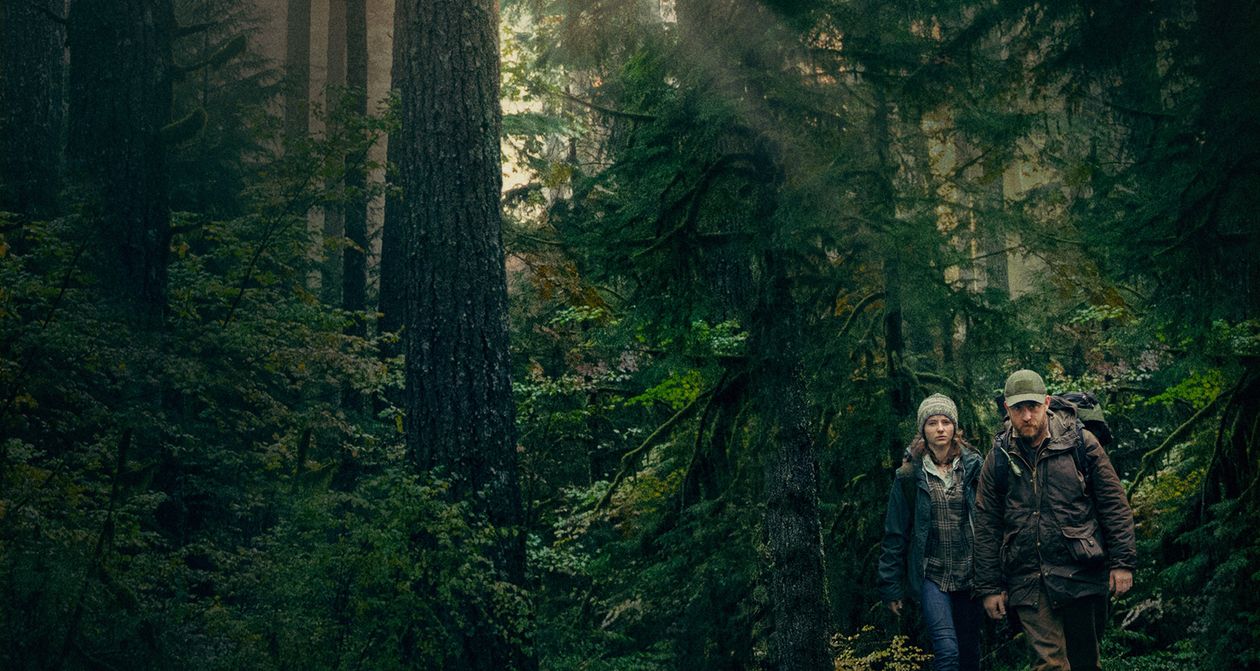 The forest floor was waterlogged
As constant raindrops pounded it,
And constant clouds obscured the sky
As verdant vines surrounded it.

The greens were muted, shadow-strewn,
Until a sunbreak was extended.
Viridescence quelled the gloom
Long after that sky-tear had mended.
__________________

Leave No Trace is like the antithesis of all the loud and flashy Hollywood blockbusters these days. It’s slow, quiet, melancholy, and light on dialogue. Despite boasting two excellent performances from Ben Foster and Thomasin McKenzie, it wasn’t visible enough to get any award love either, but it’s a slow-burn drama that’s still earned much love in cinephile circles.

Foster plays Will, a war veteran suffering from PTSD, whose anti-social anxieties have driven him into the lush forests of an Oregon park. There he lives off the land and minimal resources (a tent, a propane stove) and hides himself and his thirteen-year-old daughter Tom (McKenzie) from the obtrusive outside world. Though more curious than her dad, Tom is a loving daughter committed to doing anything that keeps her and her dad together. Soon, though, the world intrudes on their wooded enclave and, when presented with a “normal” life, Tom’s contentment and bond with her father are tested.

Leave No Trace has no lack of realism, but its human interest, while present and touching even, is kept at arm’s length with little to no backstory on what brought Will to this point. Tom’s relationship with her father is sweet in its devotion and becomes further poignant as they both eventually realize the difference between her normal needs and wants and those of her father. It’s refreshing that she never resents her father and only raises her voice once, a sign of their mutual trust and rare familial bond even when troubled by self-doubt.

Deliberate action and pensive silence are potently used, especially during some later scenes, and the acting is awards caliber, but this is definitely a critic’s movie. Professional reviewers will continue to adore it (100% on Rotten Tomatoes), while normal viewers will either appreciate its honest subtlety or be bored to tears. I suppose I’m somewhere in between.

Best line: (Tom, to her father) “The same thing that’s wrong with you isn’t wrong with me.”