Love can strike like lightning
Or love can burn like embers,
And what the world at large forgets
The heart in love remembers.

Love’s not as easy as it looks
In film or paperback,
And yet it must be worth the fail
And worth the coming back.

MPAA rating: R (for unnecessary language and nudity, better as a PG-13 if you catch it cut on TV)

It’s about time I got around to seeing this movie. I love a good Christmas movie or a good rom com, so I was bound to enjoy Love Actually, considering its devoted fanbase who consider it a modern classic. It’s hard to believe that it’s fifteen years old now, but it’s a definite charmer with a most impressive ensemble and a sprawling plot that’s like a mixture of Cloud Atlas and a Hallmark movie.

Where to begin on the cast? It’s amazing how many respected British thespians pop up throughout, each with their own little story of romantic love woven among the others. Liam Neeson plays a grieving widower trying to help his son Sam (an adorable Thomas Sangster) with first love, and the boy goes to school with the kids of a husband and wife played by Alan Rickman and Emma Thompson, whose marriage might be in danger, while Thompson is brother to the new love-struck British prime minister (Hugh Grant). Those are only three of the subplots mixed into this melting pot of holiday tales; also present are Colin Firth, Keira Knightley, Chiwetel Ejiofor, Rowan Atkinson, Andrew Lincoln of The Walking Dead (I didn’t even know he had a British accent), Billy Bob Thornton, Martin Freeman, Martine McCutcheon, Laura Linney, Rodrigo Santoro (Lost alert!), and Bill Nighy as an aging and unashamedly vulgar rock star trying to peddle his latest cash grab of a single.

I love these kinds of interrelated stories, which is why I’m so partial to even divisive plots like Lost and Cloud Atlas. Sure, they’re often messy and take time to unravel, but it’s in the unraveling and the connections that we get a glimpse into the interconnectedness of everyday life, which is among my favorite themes. Director Richard Curtis sells it all with good humor, holiday spirit, and shameless romanticism, though not every story has an idealistic ending. Confessions of love abound, and it’s a cold heart that won’t find multiple scenes worth smiling at.

The most fascinating thing about Love Actually for me is, naturally, the connections, not in the film but among the cast. I chuckled at seeing Rickman as Thompson’s husband, since he ended up as her brother-in-law in Sense and Sensibility, where Hugh Grant was her love interest rather than her brother. Likewise, Keira Knightley co-starred with Bill Nighy in the first two Pirates of the Caribbean sequels, though they have no scenes together here, and it was unexpected to see Elizabeth Swann marrying Mordo from Doctor Strange. The best connection, though, (and one not everyone may be aware of) was when I realized that the crush of Sangster’s young Sam was played by Olivia Olson. Luckily, I know their names from the cartoon Phineas and Ferb, where Sangster’s Ferb happens to have a long-standing crush on Dr. Doofenschmirtz’s daughter, who is voiced by Olson. It may matter little, but it was a likely intentional Easter egg I never realized was there when I used to watch that show. 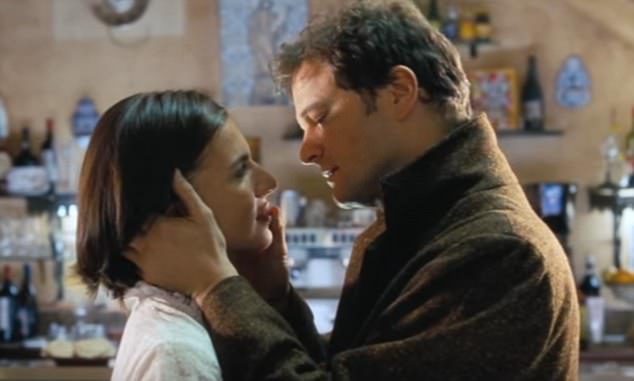 I should also mention Red Nose Day Actually, the anniversary/sequel that came out last year as a fundraising short for Curtis’s Red Nose Day charity event. Even if I didn’t have to wait fourteen years between them like everyone else did, it was a delight catching up many of the characters, and I applaud so many of the stars for returning to take part, though sadly the late Alan Rickman could not and Emma Thompson abstained out of respect for his memory. It also managed to create some happy endings out of the dangling threads from the original, so it’s quite a treat for fans, one of which I now consider myself.  Not every character is as likable as I wish, but I can certainly see why Love Actually has gathered such a following, and I gladly will add it to my holiday watch list from now on, at least when it’s cut on TV.

Best line:  (Aurelia’s sister to people nearby) “Father is about to sell Aurelia as a slave to this Englishman.”