With planet Earth facing its worst danger yet,
Six heroes emerged to contend with the threat.
One swam,
And one ran,
And one wasn’t a man,
One dressed like a bat,
One was half a tin can,
And one may have died,
But he’ll come if he can,
So never fear, Earth, for your heroes are here!
No, not the Avengers; they’ll just disappear,
Until they beat Thanos in Endgame next year.
Wait, what was I saying? Oh, the DCEU…
While waiting for Marvel, this team ought to do.
___________________

It says a lot that I had to see Avengers: Infinity War on opening weekend, while I only just got around to watching Justice League a year after its release. Justice League isn’t necessarily a bad movie nor one as mockable as Batman v. Superman, but its aspirations overstep its ability, making DC’s superhero team-up come up short in every comparison with Marvel. 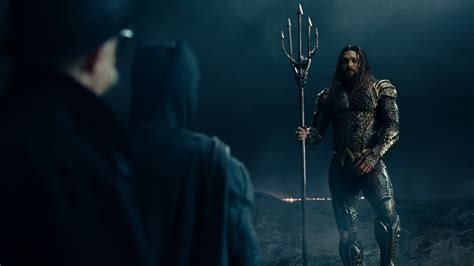 In this not-quite-culmination of the DC Extended Universe, Batman (Ben Affleck) and Wonder Woman (Gal Gadot) seek to recruit a collection of disparate superhumans (Jason Momoa’s buff Aquaman, Ezra Miller’s geeky Flash, and Ray Fisher’s conflicted Cyborg) to ward off an alien invasion following the death of Superman (Henry Cavill), who is still praised as a beacon of hope despite the fact everyone seemed afraid and distrustful of him in the previous films. The battle scenes are epic, the effects impressive, and the casting not half bad (Miller’s a tad annoying, and I’m still getting used to Affleck), yet the echoes of MCU plot points are just too obvious to ignore. The villain Steppenwolf (all CGI voiced by Ciaran Hinds) arrives like Loki through a space portal and starts collecting three powerful Mother Boxes, generic Infinity Stone equivalents that can destroy the world and have a mythic history blatantly torn from The Lord of the Rings.

Justice League has some prime ingredients in its recipe, if only it was baked more gradually. I continue to be baffled by DC’s story strategy, combining all these heroes in (for half of them) their first appearance and then providing them stand-alone features. It’s one more way that Marvel has the edge, because when everyone met each in the first Avengers, at least the audience knew of their history. Here, the backstories of Aquaman, Cyborg, and Flash are only hinted at, offering backstories we neither care about nor fully understand. Plus, being thrust together by world-ending danger, there’s little sense of camaraderie or chemistry as a team, or at least not as much as with the Avengers; only Wonder Woman (still the best part of the DCEU) has any weight to her history or her rapport with Batman. And I still question why Cyborg is even here, when I’ve always associated him with the Teen Titans, despite recent revisions in the comics.

There are always questions of who copied who between DC and Marvel, but in this case, it feels like DC is still playing catch-up to something Marvel undoubtedly did better years before. With Joss Whedon’s tweaks to director Zack Snyder (who will hopefully step away from controlling this franchise), Justice League is at least better and more fun than Man of Steel or Batman v. Superman. Individual parts just work much better than the whole at this point. Aquaman looks pretty darn cool from the trailers, though, so perhaps there’s still some hope for DC.

Best line: (Lois Lane) “There are heroes among us. Not to make us feel smaller, but to remind us of what makes us great.”