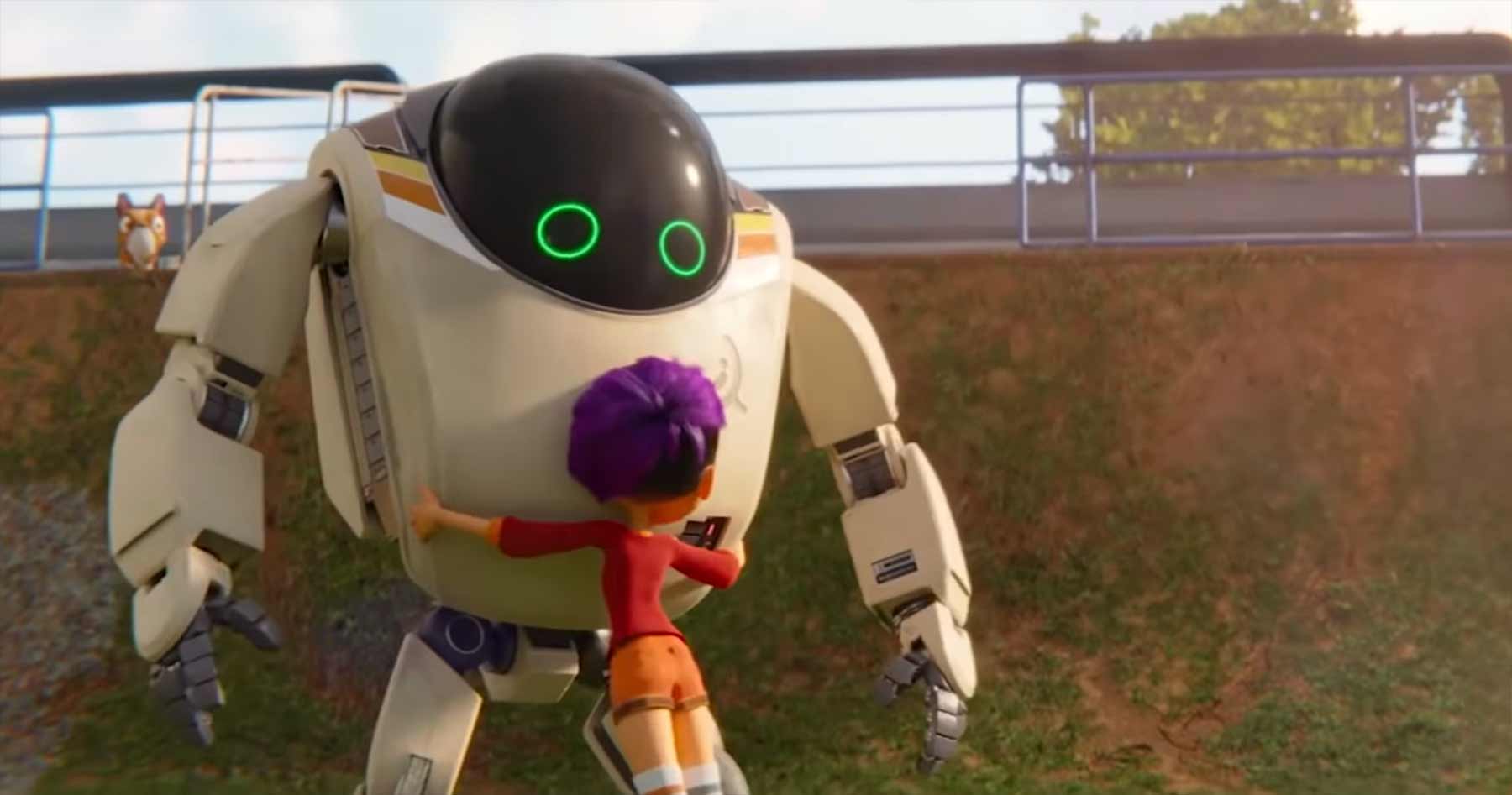 The world’s an easy place to hate,
For it hates all too frequently.
And anger tends to escalate
The more it’s met with enmity.

One pain of heart
Can sow and start
A seed of hate
To germinate
And grow until
There’s no goodwill
For world or friend.
They all offend!
Life’s all about
The lashing out,
For no one cares
Or answers prayers;
Of that, they do not have a doubt.

But wait…
And hesitate to hate,
Just long enough to listen clear.
The world itself is quite the weight,
But others bearing it stand near
To show you how to persevere.
___________________

It might be easy to write off a film that borrows plot elements from other stories as freely as Next Gen does, but this Chinese-American cartoon based on a graphic novel and delivered by Netflix manages to be more than the sum of its parts. Set in a futuristic world where personable robots are a ubiquitous household accessory, young robot-hating loner Mai (Charlyne Yi) becomes unlikely friends with an experimental droid called 7723 (John Krasinski) that might be able to save both her from herself and the world from a robot takeover. That description alone will probably conjure memories of The Iron Giant, Big Hero 6, and I, Robot, and Next Gen wears those similarities on its sleeve. Yet there’s more to appreciate beyond the familiar “boy and his robot” storyline (or “girl and her robot,” in this case).

As I said, Next Gen’s biggest touchstone would have to be Big Hero 6, not only with its big friendly robot mascot but also its urban setting of Asian-Western fusion, with Chinese characters instead of Japanese. But this Netflix film has some intriguing differences as well. One of them is the extent of robot normalization, which goes beyond that of I, Robot. Almost every device in this world is semi-sentient, and while a lot of potential questions surrounding that aren’t even broached, it’s an intriguing setup. Mai’s mother (Constance Wu) is obsessed with her Q-Bot companions and their developer, the Steve Jobs-esque Justin Pin (Jason Sudeikis), and it’s not a coincidence that the robot fascination mirrors the distraction of smartphone use. It’s also worth noting that Isaac Asimov’s three laws of robotics apparently don’t apply, specifically the one about robots not harming humans, since a group of bullies order their robots to beat up on Mai for them.

Beyond the setting, there are some deeper than normal themes at play as well. Mai is resentful of her father’s abandonment of her and the way her mother uses robots to cope, and when she meets 7723, it’s only his weapons and the destruction they create that catch her interest. She’s quite angry and cynical for a cartoon protagonist, and interestingly, it’s 7723 that has to remind her to not lose her humanity when lashing out at the world.  7723 also has a struggle of his own; he values every minute spent with Mai, yet his memory cache is limited, forcing him to choose which memory files and systems to delete and make room for more. It’s not every cartoon that tackles existential questions reminiscent of Eternal Sunshine of the Spotless Mind, so Next Gen’s themes are definitely a step above the usual “follow your heart” storyline we’ve seen all too often.

On top of that, it’s a quality production, with fluid animation and some pretty awesome action sequences. One explosive scene in particular is one continuous tracking shot with no cuts. I already love those kinds of scenes in live-action, and, although it probably doesn’t require quite as much effort to pull off, I like that the technique is being used more and more in animation. (I could also cite the opening scene of The Secret Life of Pets or Diamond’s big fight scene in the anime Land of the Lustrous.)

As self-aware as it often is, it’s a shame that Next Gen feels obligated to conform to a few clichés, like the bully inevitably deciding “Hey, sorry I beat you up. Let’s be friends.” Likewise, Mai’s mother is pushed into a “you were right, I was wrong” confession that is so fast, it felt like the screenwriter checking off a plot requirement.

I will also say that Next Gen is probably better for older kids, and not just because of its deeper themes or a sudden death scene. There’s a funny running joke where 7723 can translate the barks of Mai’s excitable dog (Michael Pena), bleeping out his more profane words. I guess it’s on the level of any number of reality shows these days, but I don’t exactly welcome it when a kids’ cartoon features even the mouthing of the F-bomb. 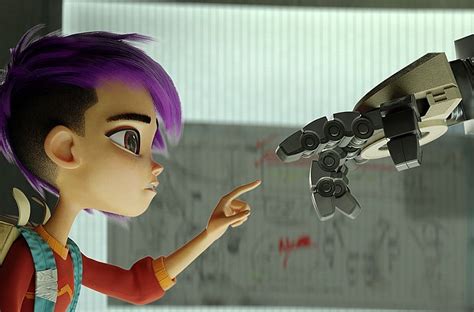 Next Gen isn’t perfect, but it comes closer to Big Hero 6 than I would have thought possible from a Chinese production company I’d never heard of. There’s a lot to love about it and how it addresses moving beyond tragedy and anger while remaining a fun and sweet adventure, and I certainly hope that this and other animation houses outside the mainstream can continue the high quality displayed here.