A hero isn’t born, you know,
With all he needs to earn that rank.
All roles are blank
Until they grow.

He may have strength to break a chain
Or speed to outrun any train
Or powers to abolish pain
With snap of finger or of brain,
The likes of which man can’t contain.
But all of that would be in vain
If he viewed others with disdain.

Rating: TV-MA (with several beatings, the content is much more PG-13, but there are a few F words in the English subtitles)

It took me longer than everyone else to jump onto the bandwagon praising Yeon Sang-ho’s South Korean zombie hit Train to Busan. One advantage to waiting was that I didn’t have to wait too long for his next live-action feature, this time tackling the superhero genre. Though not on the level of his earlier film, Psychokinesis is an enjoyable counterpoint to the big-budget Marvel movies to which we’ve become so accustomed, a decidedly smaller-scale adventure that still delivers the goods. 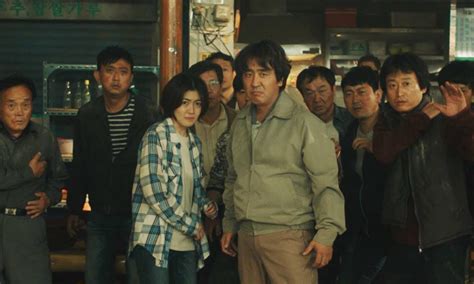 The film starts out a little confusingly, segueing from an advertisement about successful young restaurateur Shin Roo-mi (Shim Eun-kyung) to a night attack on her restaurant by a group of workmen, who try to evict her and accidentally kill her mother. Soon after, we meet her absentee father Seok-heon (Ryu Seung-ryong), an oafish security guard who happens to drink from a fountain right as it’s contaminated with energy from a meteorite and discovers he has telekinetic powers. Just reading back those two sentences makes this film sound really bizarre, and maybe it is at the start, but I’m glad I gave it a chance because it somehow does work by the end. After hearing of his ex-wife’s death, Seok-heon decides to use his power to reignite his relationship with the daughter who hates him and protect her from the villainous corporate developers trying to remove her and the other tenants who refuse to leave their shops.

Like Train to Busan, Psychokinesis is just as concerned with its human characters as its genre conventions. At first, Seok-heon is hardly the type to stick up for others and tries to dissuade Roo-mi from joining the rebellious shopkeepers. Much as the inconsiderate father in Train to Busan had his conscience pricked, Seok-heon ends up second-guessing his own selfishness and aiding them with his psychic abilities. Both Ryu and Shim are quite good as an estranged father and daughter (they voiced similar estranged roles in Yeon’s previous film Seoul Station as well), and those playing the villains are gleefully evil, especially Jung Yu-mi (the pregnant woman in Train to Busan) as a beautiful, power-crazed mastermind. 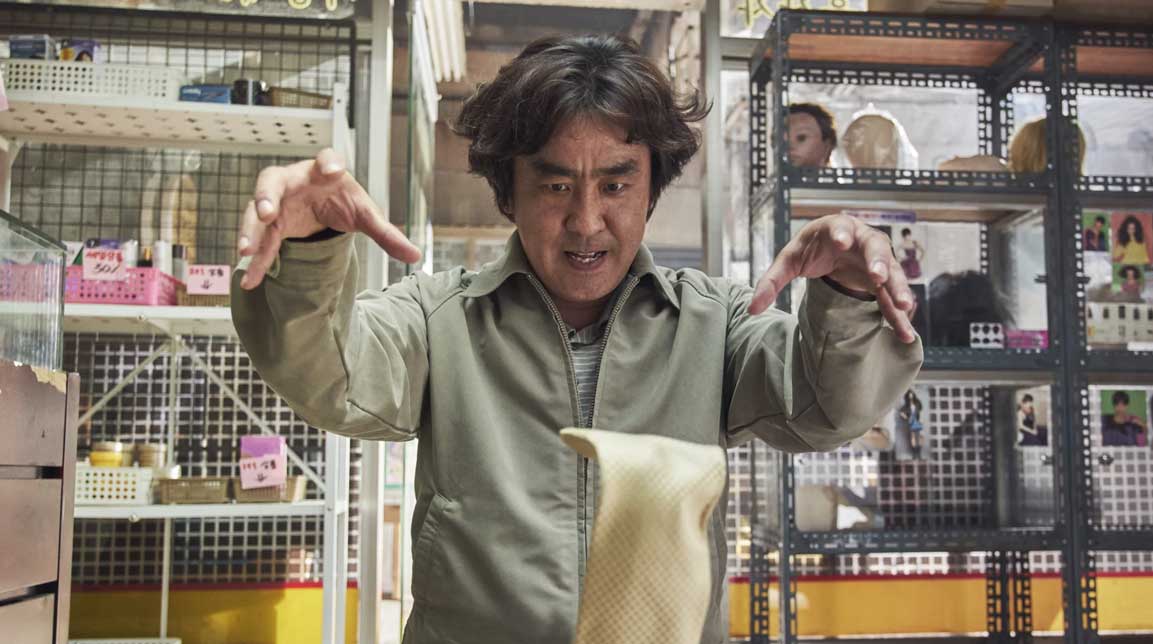 As for the superhero side of things, the effects are actually very well done, and their impact is gradually built up as Seok-heon progresses from floating lighters and ties to throwing bad guys around to almost flying. It clearly takes immense concentration for him, and his mental straining often verges on comedic. With some over-the-top reactions and simplistic motives, the film knows when to chuckle at itself and when to be serious, bolstered further by some genuinely cool superhero moments.

Psychokinesis may not be quite on the technical level of Marvel’s offerings, but with its Korean setting and surprisingly small body count, it’s a refreshingly low-profile member of an increasingly crowded genre. It’s also a sign that Yeon Sang-ho is a director worth keeping an eye on for empathetic family dynamics and quality genre fare.