The saints whose names are still revered
Were known for how they persevered.
Some kicked and screamed; some volunteered,
But was not God’s will done?

I’m a devout Christian, but I must admit that most overtly Christian movies are not very good. Some are just low quality, but even the ones I enjoy and admire (Facing the Giants, Fireproof, Miracles from Heaven) are often too sincere for their own good, preaching to the choir and sometimes irritatingly so (God’s Not Dead). The secular critics are just as often harsh with these films, and that’s why it was such a surprise when a faith-based film called All Saints managed to net a 94% on Rotten Tomatoes last year. It took me till now to see it myself, and I now see why it earned such positive buzz. Biblical films aside, it may be the best faith-based film so far.

This based-on-a-true-story movie features John Corbett as Michael Spurlock, a salesman who becomes an Episcopalian pastor and is immediately assigned to close the dying All Saints Church in Smyrna, Tennessee. With only twelve members, the church leadership have decided to sell the property, but Michael has an inspiration when a collection of Southeast Asian refugees come begging for assistance. Led by God and against everyone’s advice, he decides to try saving the church for these displaced families by using them to turn the surrounding church land into a farm and pay off the church debt.

What I think sets All Saints apart is that it doesn’t feel designed to appeal only to Christians by getting preachy; it’s the classic rule of “show, don’t tell.” A movie can moralize all day about how God works in mysterious ways and how good can come out of seemingly terrible situations, but it means much more when we see those lessons in action. All Saints lets the story itself illustrate that wisdom rather than rubbing viewers’ noses in it. It’s more concerned with the existing faith of the characters rather than earning converts; at one point, a volunteer describes himself as Buddhist and his two friends as “apparently nothing,” and Michael responds that “some of my best friends are nothing.” Instead of finger-wagging, there’s a challenge to Christians and nothings alike to work together, and it’s inspiring.

There are still moments where the acting and script have traces of that faith-movie weakness, but they’re largely overshadowed by strong performances from Corbett, Barry Corbin as an irascible veteran church member, and Nelson Lee as Ye Win, the representative of the Karen refugees who speaks the most English and works hard to improve their situation. The story itself is also not as predictable as it may seem; sometimes things fall into place with George Mueller-style providence, while at other times, Murphy’s law rules, which always makes people with and without faith wonder where God is and what His will might be. 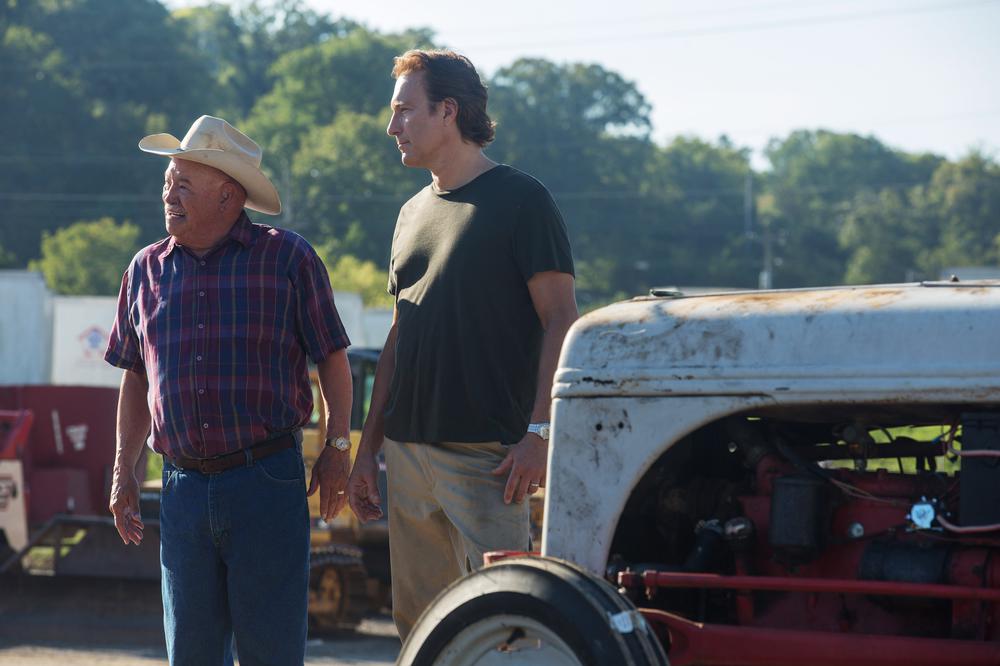 I hope it’s not odd if I point to Fall Out Boy lyrics (“Immortals”) as a good summation of the film’s major theme: “Sometimes the only payoff for having any faith is when it’s tested again and again every day.” Most of the characters are Christian and God is glorified, but there’s a real-life story of encouragement, sacrifice, and community here that I think is universal, one that earns its sincerity. Those who normally avoid “Christian movies” ought to give this one a try.

Best line: (Forrest, to Michael after a risky decision) “Did you let your stupid off the leash again?”