In its hearth, the fire crackles,
Warms us from its tabernacle,
And it sinisterly cackles,
Jailed in generosity.

“Soon,” it says between its spitting,
“It won’t be just logs I’m splitting.
Homes and dreams will be more fitting
Feeding my ferocity.

“While I bide here, curbed and cringing,
Brothers have I elsewhere singeing,
None to stop their brutal, binging,
Burning bellicosity.

Yes, I’m reviewing another disaster movie, but whereas The Hindenburg was about a major historical incident, Only the Brave focuses on a much more down-to-earth disaster which can affect anyone: wildfires. Though I’ve been told only you can prevent them, it’s real-life heroes who do the actual work of keeping them at bay once they get out of control, and one such group of heroes were the Granite Mountain Hotshots, a firefighting team from Prescott, Arizona.

Josh Brolin plays Superintendent Eric Marsh, who believes in his intuition and experience enough to rally his own team of certified Hotshots, firefighters who would be on call to answer both local and national fire emergencies. To that end, he recruits both old friends and new blood, including Brendan McDonough (Miles Teller), a loser by all definitions who finds in this new job a chance to renew his pathetic life. The training, teasing, and camaraderie that come with the Hotshot certification are quite comparable to what you see in military movies, and the successes and failures are likewise felt deeply. McDonough’s second chance at life is also inspiring alongside the ambitions of Marsh, who sees himself in the younger man’s struggles.

The effects recreating infamous fires are brilliantly done, while the excellent cast provide both likable characterization and insight into the methods and struggles of the firefighting business, including the toll it takes on their family, such as Jennifer Connelly as Marsh’s long-suffering wife. I suppose my only complaint (Spoiler!) is that I didn’t know what kind of movie Only the Brave would become by the end and was thus unprepared for a certain tragic turn of events. Those aware of the true story surely knew going in, but let’s just say this is as much a memorial movie as it is a disaster one, and it caught me off-guard, which isn’t even really a criticism since it does both very effectively. It’s a well-acted tribute to the kind of heroism that is all too often overlooked. 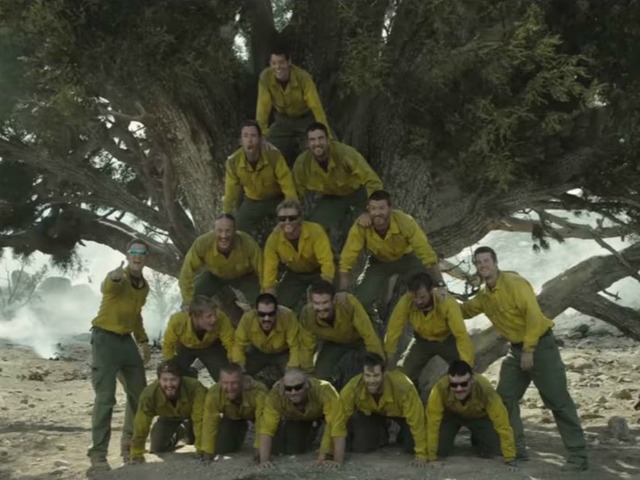 Best line: (Duane) “You gotta ask yourself, ‘What can I live with, and what can I die without?’”