If I were on a transport ship
And had my own space-faring trip
Disturbed by some malignant beast
That turned my friends into a feast,

And then I managed to survive
And make it back to Earth alive
And then agreed to travel back
To probe a possible attack
And once again encountered those
Same creatures and their embryos,
Again surviving (barely though),
Escaping with some friends in tow,

And suddenly awakening
To find they’re dead but still that thing,
That alien won’t leave me be
And still is on its killing spree…
I think I’d think the universe
Was out to get me with a curse,
Or since my troubles will not halt,
Perhaps it’s those darn writers’ fault.
__________________

With few exceptions, it’s usually around the third film that a franchise starts going awry. Case in point: Alien 3. It could have been good. Based on the success of its two acclaimed predecessors, it should have been good, but even director David Fincher has disavowed this largely unpleasant installment in the ongoing xenomorph saga.

It’s not that Alien 3 is of poor quality. It’s actually a well-made film, or rather the best the filmmakers could build around a host of poor creative decisions, which require spoilers to fully criticize, so be warned. One such poor decision is obvious within the first few minutes before a single word is spoken. Thanks to an alien stowaway, both Michael Biehn’s Hicks and young Carrie Henn’s Newt are summarily killed off, despite surviving the events of Aliens with Sigourney Weaver’s Ripley. As a fan of Aliens, this immediately left a bad taste in my mouth, and it doesn’t get much better. (It’s funny that Biehn was paid almost the same amount for this film as Aliens, just for his image being briefly shown.) Ripley herself does survive her crash landing on a desolate prison planet, where fanatically religious prisoners and a skeleton crew of guards become the new prey of an alien creature.

With Alien 3, or Alien3 as it is stylized, it’s as if the writers missed what made the first two films so good. Sure, they seem to understand the tension of a hidden alien picking off unsuspecting humans, but they also break what is typically a cardinal rule of horror movies: killing both a child and a dog (or ox depending on the version seen). Instead of the generally likable casts of the prior films, we get a host of interchangeable British-accented skinheads, with only Charles S. Dutton standing out as remotely worthwhile. Oh, there’s one sympathetic character in Charles Dance’s doctor, but the writers had to nix him as soon as his tragic backstory was revealed. When you then also consider that Sigourney Weaver specifically wanted Ripley to die, you get an idea of just how depressing this film is by the end and wonder why she bothered to then come back for Alien: Resurrection five years later.

In addition, Alien 3 just feels harsher than its predecessors, with more cursing and in-your-face violence than the other two, not unlike how Alien: Covenant compares with Prometheus. The setting is certainly promising, and the fact that the prison planet lacks weapons of any kind makes the survivors’ plight even more dire. Their plan for trapping the alien is actually quite clever and intense, but it also becomes one long, hard-to-follow scene of the alien chasing and killing characters I couldn’t tell apart. Plus, a few scenes of the full-body alien are very clearly CGI, which was no doubt a leap forward for the effects team but looks hokey by today’s standards. 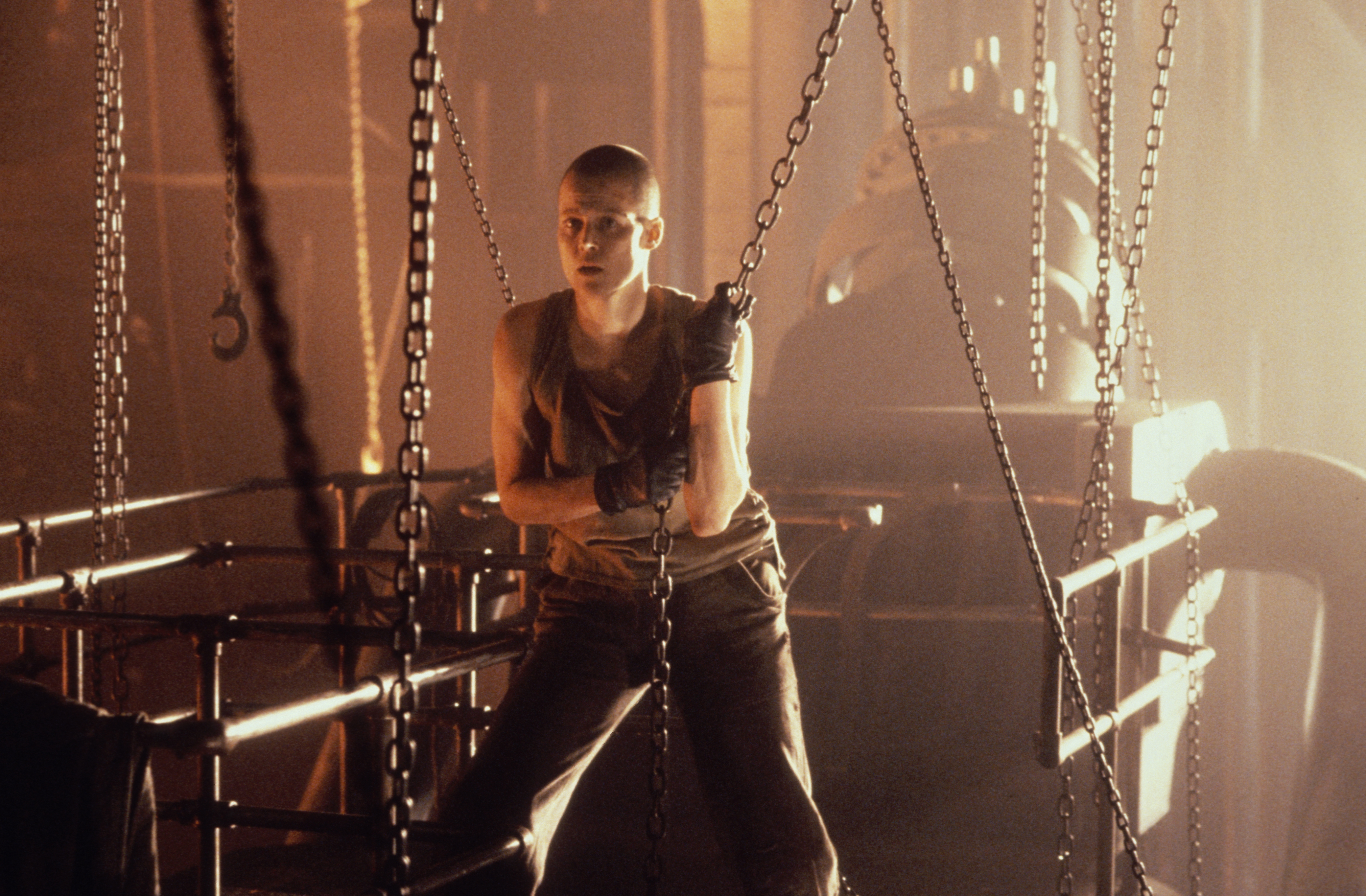 So, yeah, Alien 3 stinks. It’s not unwatchable and boasts some great sets and tense moments, particularly an iconic scene of Ripley and the alien coming face to face. But nearly every creative decision just feels wrong, which is a far cry from the first two classics. It’s the Alien franchise’s first dud and one I don’t think I’ll be revisiting any time soon.

Best line: (Golic) “In an insane world, a sane man must appear insane.”