Some stories just don’t have appeal
For some strange reason. They may be
Not real enough or all too real,
Too boring, sad, or scholarly.

For some uncertain reason, though,
They’re loved by someone you love more,
A mother, father, friend, and so
You watch, for their sake more than yours.

Instead of picking a film about a strong mother, as I’ve done in the past, this Mother’s Day, I thought I’d review a pair of films my mom has specifically asked for…several times. The poem is not meant to say she’s gone, because I just watched these films with her, but when that dark day comes, I feel that I’ll associate movies like these with her. So Happy Mother’s Day, Mom and all you mothers out there!

I grew up loving the High School Musical films and sort of looking down on Grease. I was the perfect age to dance and sing along to the clean-cut HSM series, while Grease just seemed like a more risqué grandparent. Even if Grease came much much earlier, I know which musical about high school romance I still prefer. Yet I must give Grease its due: it’s still a high-energy musical that captures its ‘50s high school setting with as much fun as it knows how. And its sequel, um, tries to be that too.

Based on a 1971 musical popular on Broadway, Grease is not unlike American Graffiti, both films made in the 1970s but set in and remembering the 1950s, which are shown to be less wholesome than nostalgia makes us think. After a summer romance, Danny (John Travolta, fresh from Saturday Night Fever) and Sandy (gorgeous Olivia Newton-John) unexpectedly meet again at the start of Rydell High’s school year, and their relationship gets bumpy as Danny tries to act tough for his greaser friends while Sandy seems too goody-goody for a clique called the Pink Ladies.

I do want to be clear: I like Grease, but I don’t quite get why many people consider it among the best musicals of all time. I do love the high-spirited school dance and the final two numbers, and several songs are iconic. My mom has told me of how popular hits like “Grease,” “Summer Nights,” and “You’re the One That I Want” were on the radio at the time. There’s a wealth of classic older actors I barely know (Eve Arden, Sid Caesar, Dody Goodman, Frankie Avalon), and the car race is also great fun, even throwing in a Ben-Hur reference.

Yet the film surrounding these high points feels somewhat lacking, which is probably what fans of Grease say about High School Musical. Perhaps I don’t like how Sandy is transformed from Miss “Sandra Dee” into a would-be slut, with no explanation except the realization that she has to change for Danny. Plus, Danny’s fellow T-Birds don’t stand out to me, while Stockard Channing’s cynical Rizzo is just rather unpleasant to be around. These are fairly negligible reasons to dislike Grease, but they’re the best I can come up with for why it’s not one of my favorite musicals. I know that High School Musical is indebted to Grease in both inspiration and plot (the school colors are even the same, red and white), but I guess I just prefer the unrealistically innocent side of high school. Or maybe it just depends on what you grew up with. 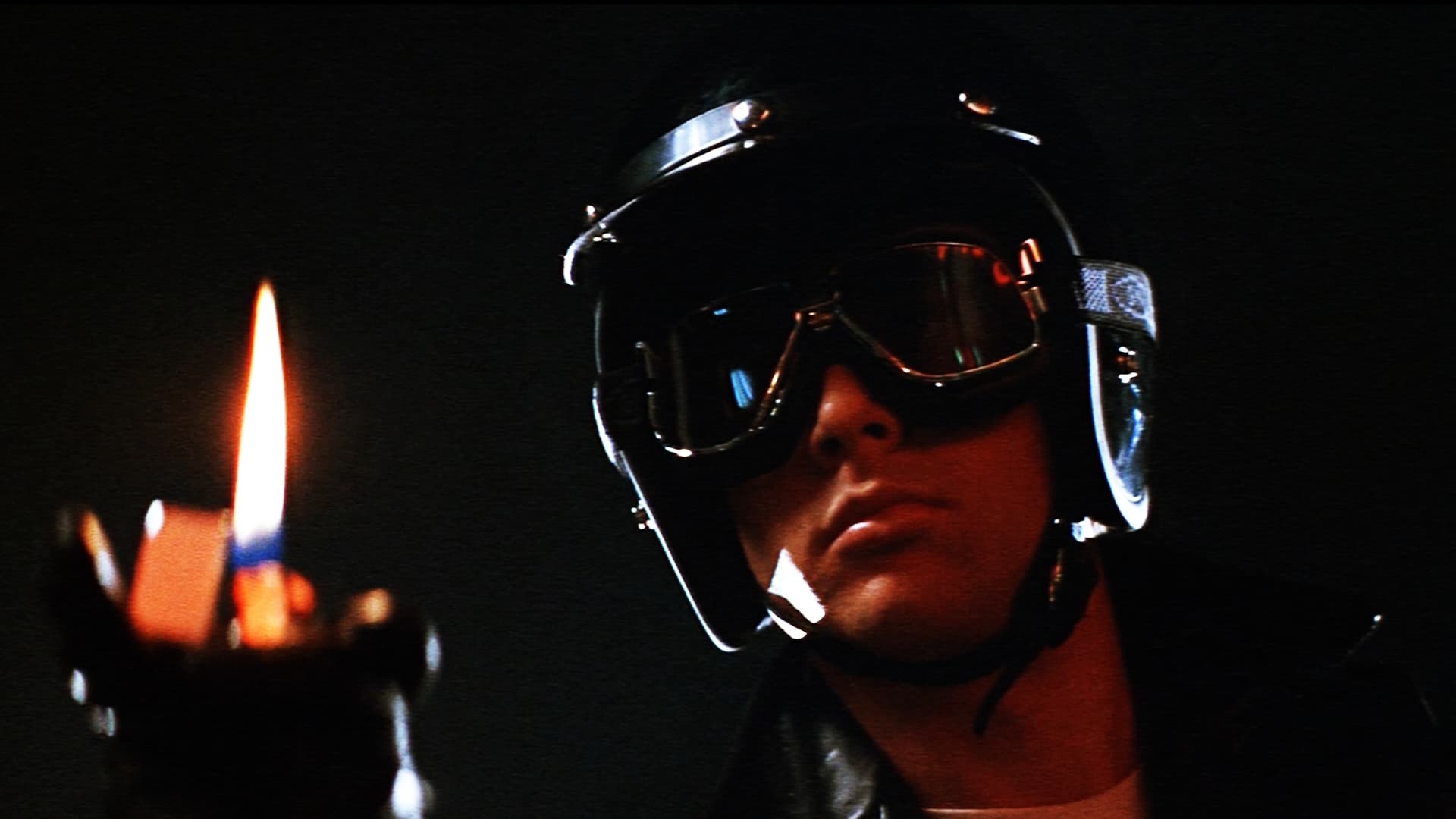 Still, I know I like Grease, but I’m less certain about Grease 2. Widely derided as a ridiculous retread of its predecessor, Grease 2 has still managed to find fans of the so-bad-it’s-good variety, including my mom and a friend of mine from work. I’m pretty sure I can label it a bad movie, but it’s inconsistently bad, which I suppose translates to inconsistently good too. While Grease had a solid base with musical highs, Grease 2 swings wildly from musical highs to cringe-worthy lows.

Sandy’s English cousin Michael (Maxwell Caulfield) arrives at Rydell High as another transfer student, who becomes enamored of Pink Lady Stephanie Zinone (Michelle Pfeiffer in her first leading role) and endeavors to win her over by becoming a motorcycle man of mystery. I can’t say the acting is terrible exactly, but I just never believed anyone, especially Caulfield as Michael, who my mom considers dreamy but whose character remains paper-thin. Pfeiffer is a surprising bright spot, particularly with the song “Cool Rider,” flexing the musical chops she also got to use in The Prince of Egypt and Hairspray.

While most of Grease’s cast doesn’t return, I liked the few who did make an appearance, including several teachers, Dennis Stewart’s bad guy, and Didi Conn as Frenchy. Several of the musical numbers are actually great fun, especially in the beginning with the Four Tops’ “Back to School Again,” which ought to be the anthem for the start of every school year.

But other moments just leave me wondering what the heck the writers were thinking. An entire song about “Reproduction”? Nuns at a bowling alley? By the time Stephanie was imagining Michael in biker heaven, with none of the wink, wink of the first film’s “Beauty School Dropout” sequence, I didn’t know what to think about this movie. It’s just too easy to mock at times (notice toward the end how characters are floating on a pool, then disappear just long enough for someone to crash in before reappearing). Yet my mom just smiles through the cheesier parts and likes it anyway.

With its classic pop-rock-style, Grease is a good bet for people who think they don’t like musicals, while Grease 2 is for those who know they like cheesy musicals. It’s cool to see Pfeiffer’s origins, and if you don’t compare it to the original, there’s fun to be had even in an objectively bad movie. I still like High School Musical way more, but I will always carry some fondness for these films, if only because I now associate these films with my mom, who insisted I see and review them for her. You could say “we’ll always be together.”

Best line from Grease:  (Marty) Do you think these glasses make me look smarter?”   (Rizzo) “No, you can still see your face.”
Best line from Grease 2: (girl, to principal) “I’m a little worried… I’ve missed my last two periods.”   (Principal McGee) “That’s all right, dear; you can make them up after school.”