(Today’s NaPoWriMo prompt was for a poem that engages all five senses, so I took some inspiration from the setting of this movie, which is largely set on a remote lighthouse isle.)

The sun that was forged in the east at dawn
Is now melted down at the end of the day.
The sparks of its smelting paint our horizon
And leave the world glowing from lighthouse to bay
And leave its spectators with nothing to say.

The seagulls are mourning the loss of their light,
Suffusing the sky with cacophony’s croaks,
But no matter how they lament to the night,
They cannot drown out the sea’s unceasing strokes,
So constant to calm the coastline that it soaks.

The smell of the salt in the darkening dusk
Invades through the nose to try brining the tongue,
But I barely notice the maritime musk,
For all that I feel is your hand to mine clung
As we watch the sunset with passion still young.
________________________

I knew The Light Between Oceans would be well-acted based on its two leads alone. Michael Fassbender and Alicia Vikander have proved themselves as still-rising stars, the latter already with an Oscar and the former likely to get one eventually. Based on a novel by M.L. Stedman, it’s a story full of high and subtle emotion that ultimately veers too far into the bitter side of bittersweet. Fassbender plays Tom Sherbourne, a shaken World War I veteran who accepts self-imposed isolation as a lighthouse keeper on a small island called Janus Rock off the Australian coast. His brief encounters on land ultimately result in a romance with well-to-do Isabel (Vikander), who marries him and moves out to Janus Rock in hopes of raising a family together. After several failed attempts at having children, though, an unlikely but convenient opportunity arrives when a boat washes up with a dead man and a baby inside. Isabel is all too eager to adopt the girl she names Lucy, regardless of whose baby she might be, challenging Tom’s morality in the process.

The first half of The Light Between Oceans is beautiful, not simply in its lustrous cinematography, but in the sweetness of Tom and Isabel’s romance. Despite his brokenness from the Great War, Isabel is drawn to Tom and offers him a happiness he didn’t think he deserved, and when he welcomes her into his heart and home, he turns out to be a faithful and generous husband. The heart breaks for them when Isabel suffers miscarriages, and it really is a moral quandary when they are faced with a chance at a family at the cost of their honesty, particularly when Tom learns of Lucy’s real mother (Rachel Weisz). 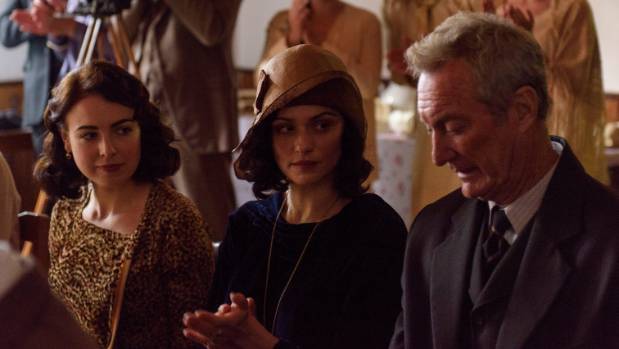 Up to that point, everything was superb, but soon Tom’s ethical struggle becomes frustrating as he vacillates between right and wrong long after the decision should have been settled. The way he tries to make things right while keeping his wife’s secret only paves the way for its reveal, and I felt that, if he couldn’t do right at the beginning, he should have kept his mouth shut after a certain point, at least for the sake of the child. Eventually, things just keep going downhill, getting more and more depressing, until the plot buoys up for a poignant ending that’s not as bad as it could have been but not as satisfying as I wished either.

As I said, it’s beautifully shot and consistently touching thanks to its praiseworthy actors with great chemistry, but the story frustrated me. I can see how my opinion about Tom isn’t a purely moral one, and the fact that the film poses such a complex ethical question is a point in its favor, as is the theme of all sins eventually coming to light. Yet it hardly made for a satisfying movie-watching experience, and it just left me wishing for better circumstances for the characters.

Best line: (Frank Roennfeldt, Lucy’s real father) “You only have to forgive once. To resent, you have to do it all day, every day, all the time. You have to keep remembering the bad things. It’s too much work.”