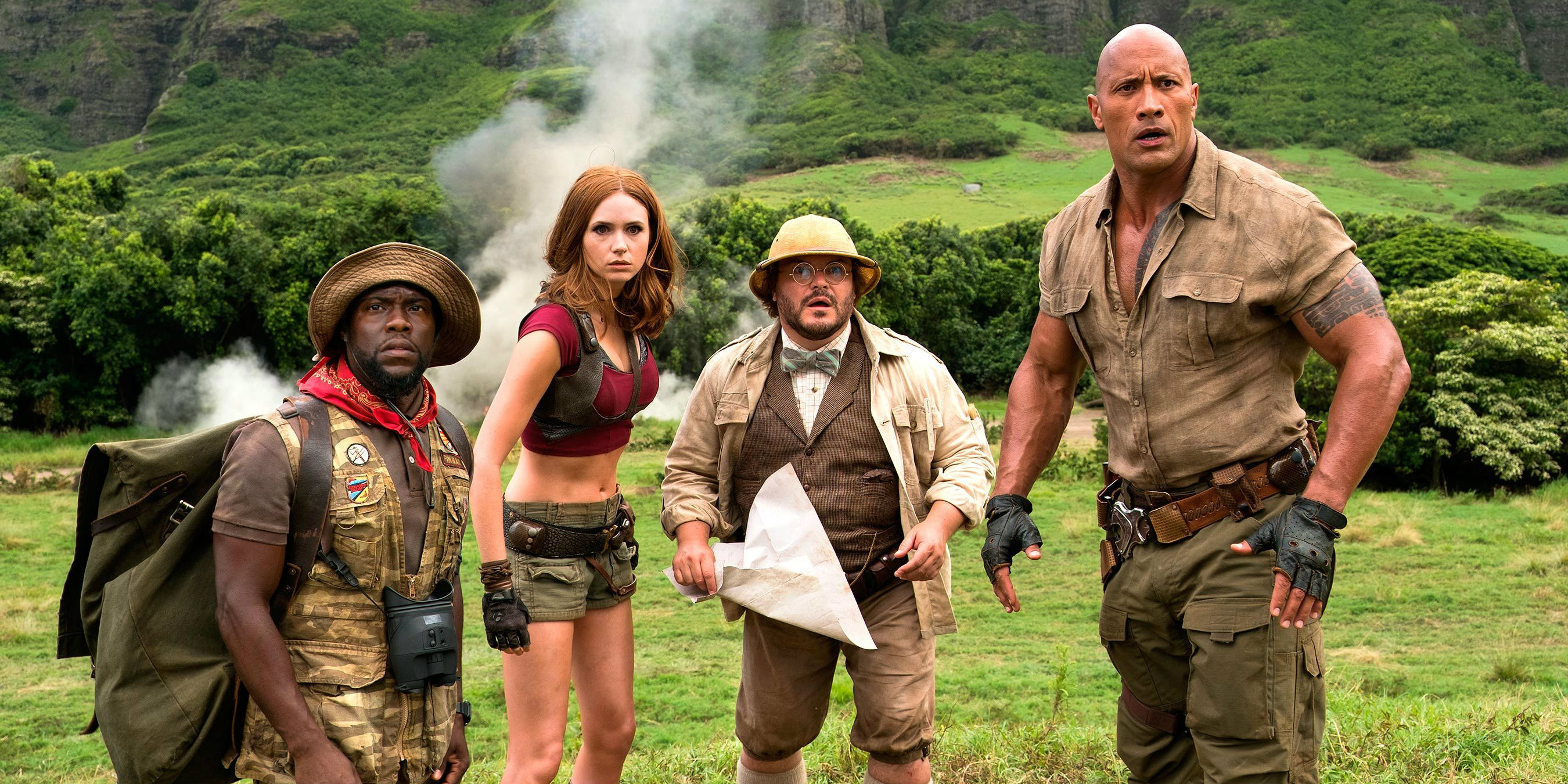 (Today’s NaPoWriMo prompt was for a poem concerning play or a game, so a movie about a game seemed like a no-brainer, especially since I worked in a bit of rhyme from the film itself. It’s from the perspective of the game.)

Ha, ha! Here they come!
Someone’s found me at last!
I’m as bored as they look
And in need of a blast.
They pause at this chance
To play like in years past.

But though they may believe me lame,
An old, archaic parlor game,
They always play me all the same.

Ha, ha! Here they go!
Fun is not a hard sell.
Well, my fun at least,
Though they’ll have some as well.
It’s time now to play
And perhaps to raise hell.

When I first heard that there would be a sequel to Jumanji, a beloved childhood classic for me, I declared it sacrilege. When I saw the trailer for Welcome to the Jungle, I was suspicious but open to this new version of the cinematic game. And now that I’ve seen it, I’m actually surprised at how well it turned out. This is a rare example of a sequel/reboot done right, in that it doesn’t try to live up to its 22-year-old predecessor, instead charting a creative and modern course with the barest homage to the original. 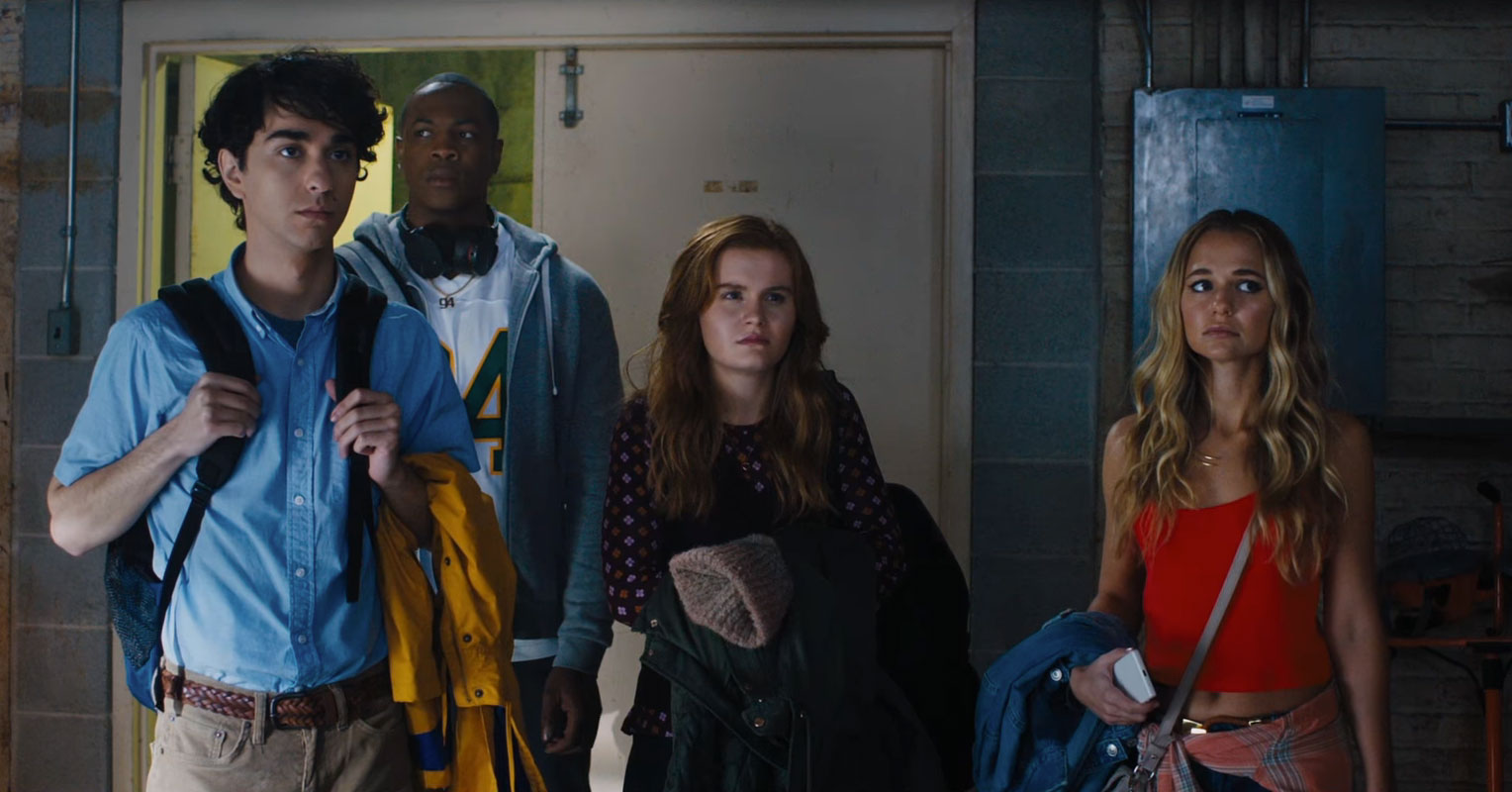 After doing who-knows-what to those French kids at the end of the first movie, the Jumanji game somehow ends up back in New Hampshire, but when faced with the competition of console video games, it transforms itself into a video game. It is later found by a quartet of high schoolers in detention, who are sucked into an actual jungle environment and transformed into highly contrasting avatar bodies: nerdy kid Spencer (Alex Wolff) into a hunky archaeologist (Dwayne Johnson), football player Fridge (Ser’Darius Blain) as a diminutive lackey (Kevin Hart), shy misfit Martha (Morgan Turner) into a butt-kicking heroine (Karen Gillan), and self-absorbed brat Bethany (Madison Iseman) into a fat man (Jack Black).

It sounds complicated when you describe it in detail, but the premise is fairly straightforward as the no-longer-teenagers navigate the dangerous levels of the game in an effort to escape. Turning Jumanji itself into a video game was actually a brilliant idea, keeping it different from the original and updating the concept to our more virtual world. Plus, it allows for a great many jokes as it incorporates the conventions of video games into the very fabric of the plot, such as multiple lives and various abilities and weaknesses.

The main draw for humor, though, is the cast of charismatic stars playing against type…well, except Kevin Hart. He’s his usual rowdy self, but it’s great fun watching the Rock realize his own strength or Jack Black impersonate a teenage girl. Karen Gillan’s attempts to gain more confidence and learn the ways of flirting are particularly funny, and aside from some admittedly amusing penis jokes from Black, the PG-13 rating keeps things both tame and entertaining, even working in a bit of genuine emotion by the end.

As much as I enjoyed the video game reworking of Jumanji, it couldn’t hope to match my fondness for the original, even if it’s infinitely better than I had expected a year ago. I’m glad too that they didn’t try to replace Robin Williams or anything like that, instead offering a subtle reference to confirm this as a respectable sequel. It now makes me wonder if this Jumanji will have the same sense of nostalgia around it twenty-two years from now.