(Today’s NaPoWriMo prompt was for a poem featuring simultaneity, where more than one thing happens at the same time, a concept I applied to a writer’s creative process.)

The mind inside the writer’s head
Was hard at work within,
Populating worlds unwritten,
Raising heroes from the dead,
Lads in love and lasses smitten,
Tales of kings that none had read,
Smiles to fit in,
Tears to shed,
And all unseen within.

So though he seemed to waste the day,
Just sitting as he did,
The writer had done no such thing.
He watched the world at work and play
And gleaned its ample offering
To shape what only he could say.
His loitering
Seemed like delay,
But that’s not all he did.
__________________

Considering how much I love A Christmas Carol and movies about literature, I was excited for The Man Who Invented Christmas, a yuletide biopic about Charles Dickens’ tumultuous writing of his most famous work. While I liked it quite a bit, I wonder if my hopes were too high since it wasn’t the instant classic I had thought it might be. I can’t say I was disappointed since it lived up to its trailer at least, but it didn’t surpass any of my expectations either. 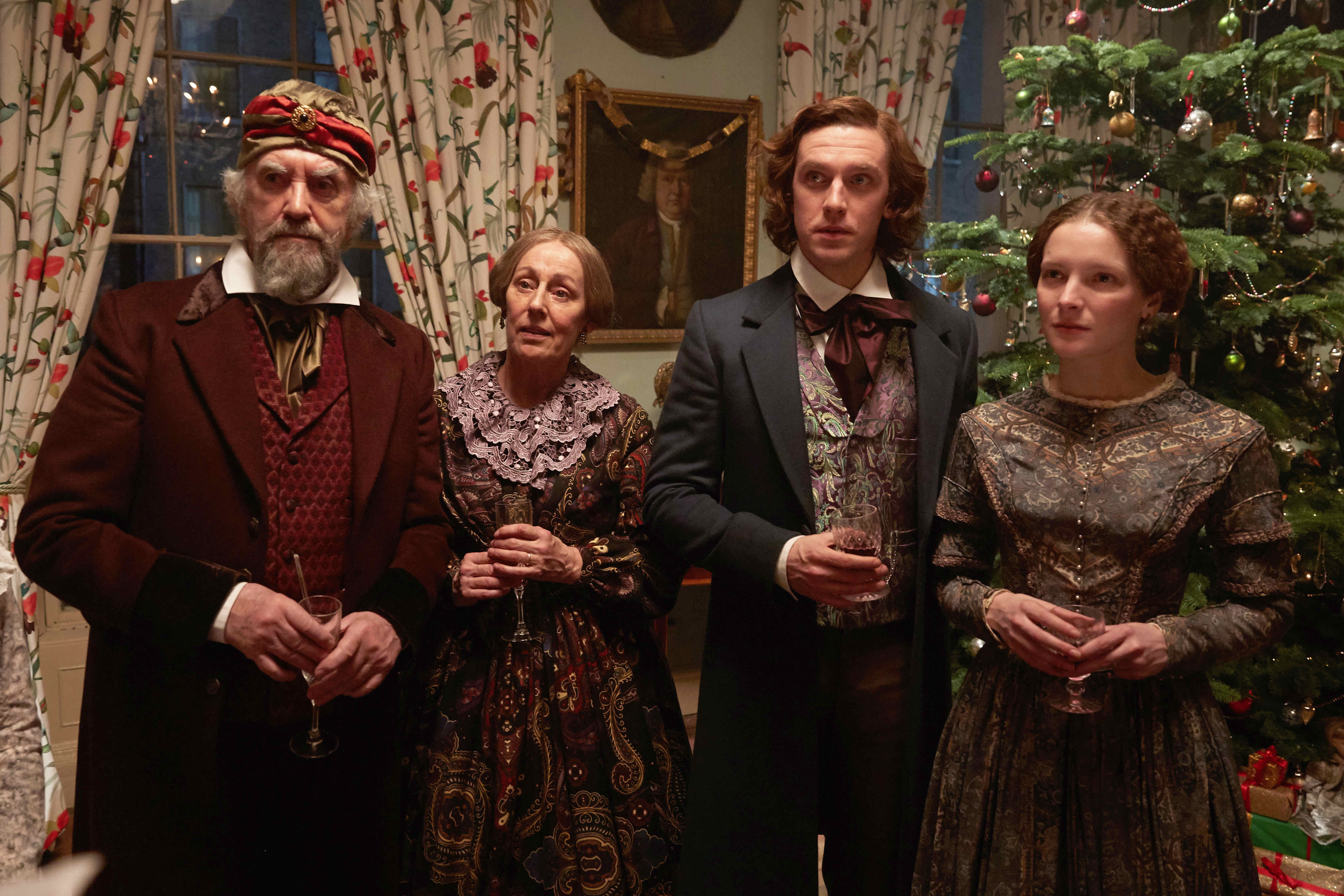 Dickens, played by Dan Stevens, hits a wall when his fame and fortune are diminished by three commercial flops in a row. After contending with writer’s block, the sight of a rich man’s funeral gives him the seed of an idea, and what the world will eventually know as A Christmas Carol speedily develops in his mind as he rushes to get it written and printed in time for Christmas sales. Along the way, he contends with his spendthrift father (Jonathan Pryce), his own past trauma, and his characters mentally coming to life, including a critical Scrooge (Christopher Plummer).

I must say that Stevens is outstanding, playing Dickens with just the right amount of ego and eccentricity, the way we imagine many creative geniuses might have been. When he entertains his children with random voices, I could imagine Robin Williams playing this role thirty years ago. Likewise, I loved the visualization of his creative process, as he interacts with characters only he can see, only to have them vanish when he is all-too-often interrupted. The story also provides a glimpse into Dickens’ difficult childhood, offering insights into what made him the ambitious but compassionate man he was, and it was interesting to see how his original plan for an unhappy ending yielded to others’ hopes and beliefs that even the worst men can change. 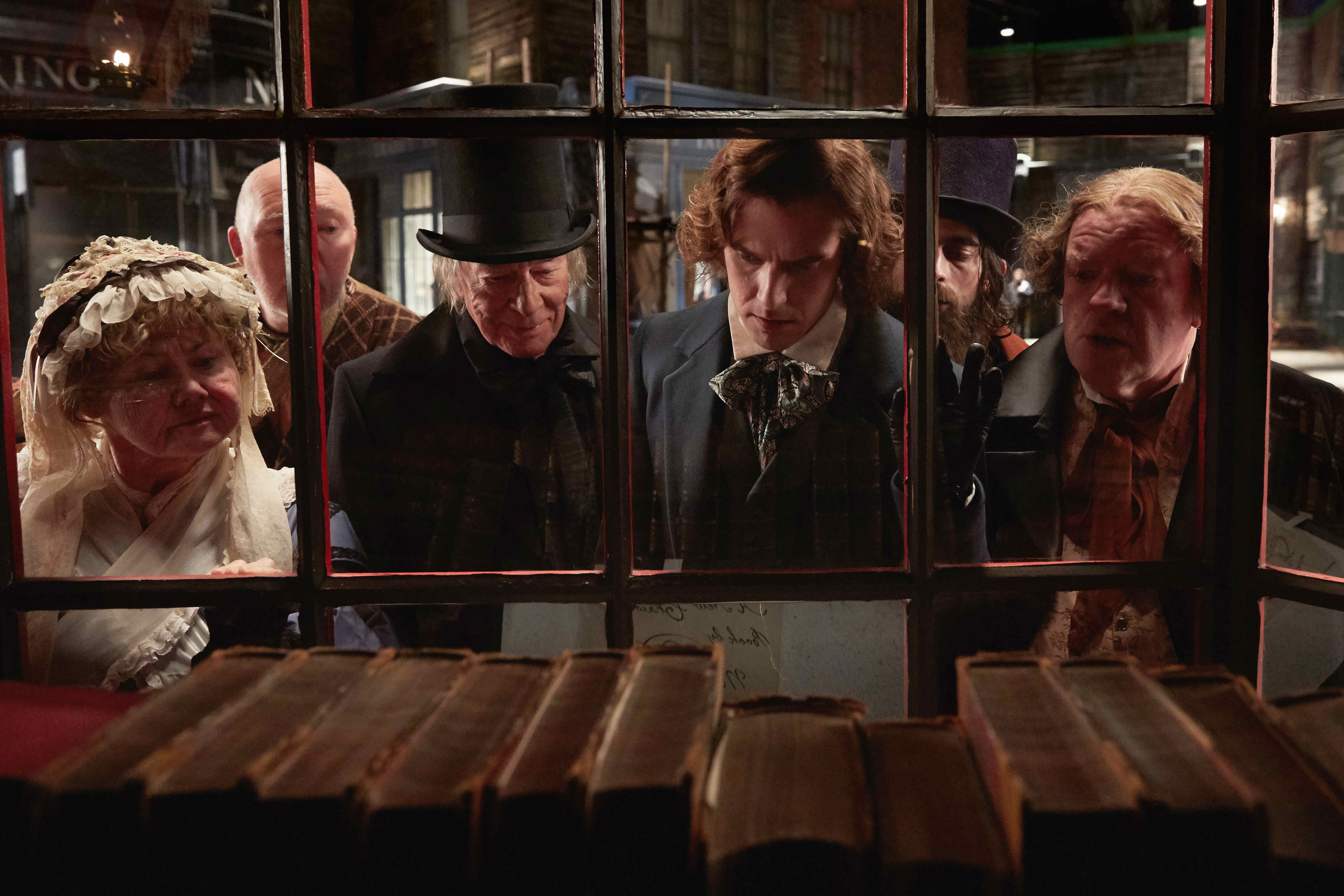 So, yes, I did enjoy it, including its lesson of forgiveness and the reminder of how Dickens shaped the Christmas holiday we know today, which was not as vigorously celebrated back then. I suppose the weakest aspect was Pryce as Dickens’ father John, whose good nature is undermined by drunkenness and financial waste as he mooches off his son. Despite John’s good intentions, I didn’t blame Charles much for snapping at him at one point, and it didn’t seem entirely right that Charles is in the wrong and apologizes with little change seen on his father’s part.

Despite that objection, I’ll still gladly watch The Man Who Invented Christmas if it comes on TV around Christmastime to enjoy its well-acted, wholesome glimpse into the mind of a great author. I’m just a little sad that there was something lacking, which will make me more likely to just watch some version of A Christmas Carol instead of the story behind it.