(Today’s NaPoWriMo prompt was for a poem involving mystery and magic, so I went with an idea about the magical mundane, which kind of applies to the movie too.)

“My life is just a gear at work, a daily push and pull;
I’m far too busy living life to find it magical.
I’m like a mule with blinders on, who only knows the road,
While fields stretch out on every side and might relieve my load.
I’d like to turn my head, but I don’t have the will or time
To care for what’s outside myself when there’s a hill to climb.”

What does it take to rouse such men from marching to their tombs,
To wake them to the magic that around their bubble looms?
A glimpse into the future or a strange phenomenon,
Or simply noticing the world and those by whom it’s drawn?
When life seems more a burden than the gift it should be, try
Roads you don’t know or say hello and see where wonders lie.
_____________________

Independent movies are funny things: you never know when one is going to be a pretentious bore or a down-to-earth charmer, but the charmers are always a pleasant surprise. Such is Chronesthesia, a New Zealand import that was given the name Love and Time Travel when released to other countries. It’s a film that I think should put debuting writer/director/star Hayden J. Weal on the map, proving alongside Peter Jackson and Taika Waititi that New Zealand is home to some first-rate filmmakers.

As the beginning states, chronesthesia is “a mental ability enabling awareness of one’s own future. In short, mental time travel.” Weal plays Daniel Duncombe (who at times reminded me of both Chris Pratt and Martin Freeman, strangely enough), a gloomy barista who seems none too eager to break out of his stagnant existence. He’s the sort who would rather jog alone than say a word to a stranger, keeping his earbuds in to avoid conversations. Then one day, he discovers the words “Turn Right” written on his bedroom window, followed by similarly enigmatic messages like “Alleyway” and “He misses her.” Before long, these mysterious notes lead him to meet new people and discover the unexpected connections between them.

That description may sound vague and generic, but it really is a story that is best experienced firsthand. Whether it’s an old man in search of someone or a young girl with a crush, everyone Dan meets helps him grow in some way, and watching him shed his taciturn cocoon was a joy to watch unfold. The biggest relationship he forms is a romance with a psychology student named Sophia (Michelle Ny), one that feels as natural as all screen romances should try to be, and she becomes a patient advocate of sympathy for those with mental illness, such as a friend of hers with schizophrenia.

Chronesthesia may hint at it strongly, but there’s very little in the way of actual science fiction here, with the time travel aspect mostly relegated to unconscious “trips” of jerkily edited flashbacks (or flashforwards). If you’re hoping for some serious sci-fi or even an explanation for Dan’s ability, you’ll be disappointed, but in this case, the time flashes are secondary to the relatable human story at work, one full of supportive empathy and improbable serendipity. The only actor I recognized was Julian Dennison, the young boy from Hunt for the Wilderpeople, but every actor does a marvelous job, particularly Weal with his gradual blossoming of humanity. 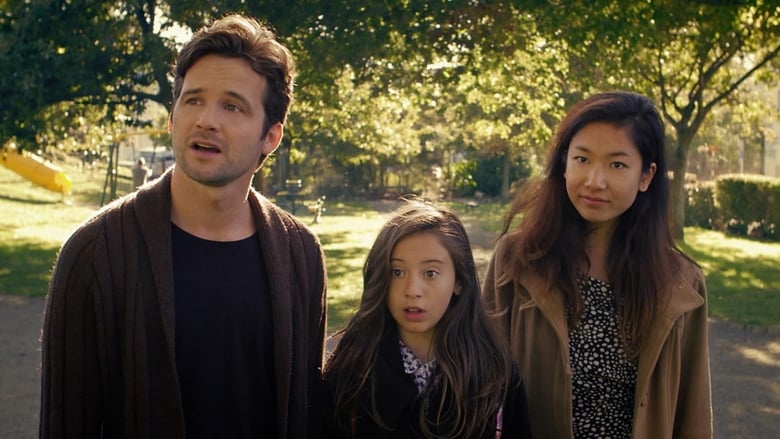 In many ways, this is the kind of movie I just tend to like, mingling sci-fi or fantasy elements with an overarching lesson about the interconnectedness of mankind, much in the vein of fellow indie gems Shuffle and Ink. While this too is a low-budget film, it doesn’t look it, boasting lovely cinematography and a beautiful classical score as well. The script is also fraught with worthwhile themes of interpersonal connection, such as the value of listening to those in society everyone else might dismiss. Of course, there are things I could have done without, such as the unnecessary profanity, but this is a satisfying film that has only improved with time and thought, an underrated gem that deserves to be more widely known.

Best line: (Sophia) “You have no idea how much your actions affect the people around you. People have a lot more influence than they realize.”