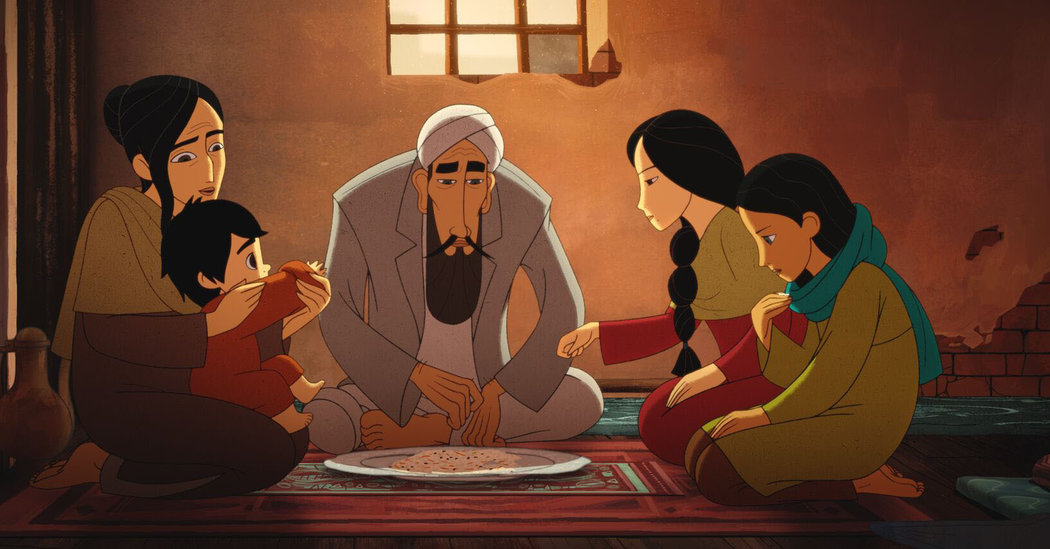 (Today’s NaPoWriMo prompt was to write a confrontation between a personal strength and a personal weakness, so I focused on anxiety.)

The me of my dreams aimed a finger at me,
Displaying the courage I lacked,
And said, “What do you know you of anxiety?
Why let it control how you act?

“Why live in the fear of a stranger’s outlook
When they have no sway over you?
Are there not enough lessons in movie and book
For self-confidence to ring true?

If someone outside you could see how you hide you
And all of your faith and desires,
They’d pity your doubts and perhaps stay beside you
To prove that not all are deniers.

“Are you not aware there are people elsewhere
Who endure terror dwarfing your own,
Whose lives are at risk based on what they must wear
And feel much more truly alone?

While there’s plenty to criticize the Academy for, especially in the Best Animated Feature category, the nomination of The Breadwinner was well-deserved. While it couldn’t hope to match Pixar’s all-around excellence with Coco, this is a prime example of what ought to be in the running for Best Animated Feature. Following up on their fantasy-filled The Secret of Kells and Song of the Sea, Irish animation house Cartoon Saloon (along with a collection of co-production companies) tackles a far more serious and realistic story based on a Deborah Ellis children’s novel.

Parvana is the daughter of a former schoolteacher in Afghanistan, which is plagued by the oppressive rules of the Taliban. When her father is arrested with no charge, there is nothing Parvana, her older sister, or their mother can do, since none of them are even allowed to leave their home without the presence of a male relative. (Parvana’s little brother is too young to help.) Left with no other option, Parvana cuts her hair and masquerades as a boy in order to earn enough to support her family and perhaps even save her father from prison.

While Cartoon Saloon’s previous films were set in Ireland with an art style that echoed the swirly motifs true to that country, it’s amazing how well the style translates to the Arab setting in The Breadwinner. It’s nice to see that a studio outside Japan is sticking with traditional hand-drawn animation, long after American films abandoned it in favor of CGI.

I love animation that tackles serious subjects, and The Breadwinner is all too timely, reminding us that, even with all the female outcry in America, there is far greater injustice elsewhere in the world. The extremes of Sharia law are depicted with restrained cruelty, giving viewers every reason to care about Parvana and her beleaguered family. Certain moments of light and sympathy shine brighter for the darkness around them.

Despite the compelling narrative, an on-going and seemingly unrelated tale that Parvana tells throughout the film feels more like overly ornate padding than an integral part of the story, and the ending is more open-ended than I would have liked. Yet The Breadwinner is clearly Best Animated Feature material, with beautifully detailed animation, foreign characters that are still easy to empathize with, and a genuinely harrowing climax. I’m tempted to call Cartoon Saloon the Studio Ghibli of Ireland, but I think they’re carving their own praiseworthy niche and doing it quite well. Best line: (Parvana) “Raise your words, not your voice. It is rain that makes the flowers grow, not thunder.”