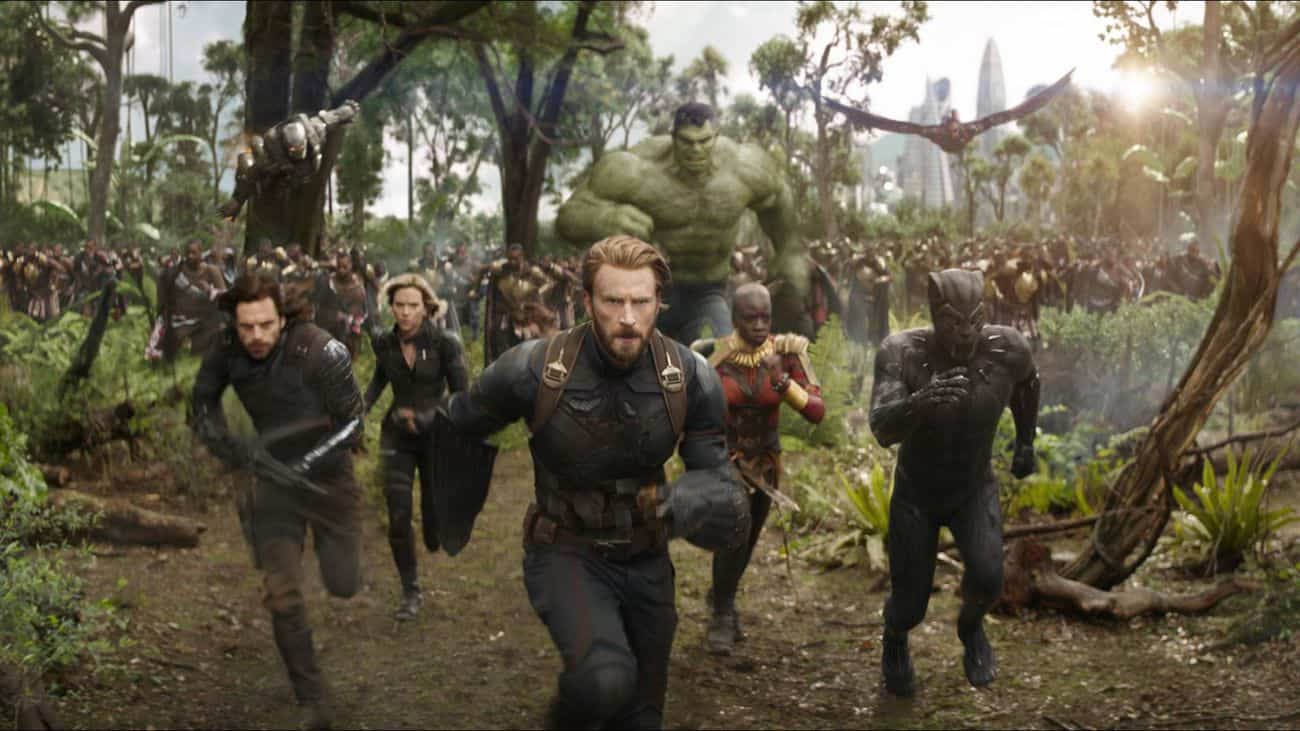 This is hardly an original idea for a list since I already took part in an Opinion Battle on this very subject, but I thought I’d do a quick Top Twelve to highlight the upcoming movies that have me most excited, or maybe afraid in case they flop. This year has plenty of movies worth some hype, from continued comic book installments to original potential blockbusters from big directors. Two that would have made this list have already come out, namely Maze Runner: The Death Cure and Black Panther, which says something when buzz-worthy films are coming out in the usually dry period of January/February. That’s why I’ve waited this long for this list, but there’s also the added advantage of most of these now having a trailer released to put alongside each one. So without further ado, here are the Top Twelve movies I’m most looking forward to in 2018.

12. Spider-Man: Into the Spider-verse

As if we haven’t had enough versions of Spider-Man… Well, maybe we haven’t, especially when there’s an entire multiverse of alternate Spider-Men that the MCU is unlikely to tackle. Leave it to the animated minds of Phil Lord and Chris Miller to give us what promises to be a unique comic book experience.

Wreck-It Ralph was already the Who Framed Roger Rabbit? of video games, combining new faces and familiar characters into a fun animated hodgepodge. The sequel seems to be strengthening that comparison, sending Ralph and Vanellope into the Internet to interact with Disney princesses and reportedly even Marvel and Star Wars characters. Based on the teaser, I’m hoping for good things, though I’m not a fan of the dark joke at the end.

While some view it as second-rate, Ant-Man was one of my favorite recent entries in the MCU, so I hope the sequel will be even better, elevated by Evangeline Lilly getting her own shrinking suit as the Wasp, who incidentally was the comic character who came up with the name Avengers. As far as continuity, I’m not sure how this will fit in between the two halves of Infinity War, but we’ll find out soon enough.

Look for this, come Oscar night next year. A biopic of Neil Armstrong directed by Damien Chazelle? I am so there. Thanks to my grandfather’s and mother’s involvement, any movie about the space program is relevant to my family, and this could be up there with the best, though Ryan Gosling wouldn’t have been my first choice for Armstrong.

A passion project of James Cameron, who is so busy on Avatar sequels that he’s handed the reins to director Robert Rodriguez, Alita: Battle Angel holds a very unique status. It’s based on a manga with a loyal but limited fanbase and no popular anime adaptation, unlike Ghost in the Shell or Death Note. It’s basically a super-niche project getting big-budget backing, which doesn’t happen very often. I have seen the single anime adaptation, which is old, obscure, and pretty violent, yet I see plenty of potential with the right treatment. And before anyone complains about her eyes, they’re apparently meant to be that unusually big. Huh, Christoph Waltz in another movie with big eyes….

7. Mirai of the Future

Continuing his trend of a new film every three years, Mamoru Hosoda is directing what I bet will be the big anime film of 2018. Seeming to combine elements from his previous movies The Girl Who Leapt through Time and Wolf Children (both favorites of mine), Mirai no Mirai is about a young boy who meets his future sister who has come back to the past. I can’t wait to see where this story goes.

Imagine Mad Max: Fury Road with giant cities on wheels. Sounds pretty cool, doesn’t it? With Peter Jackson producing, Mortal Engines should be one of the big blockbusters of the year’s end. Maybe I’ll have time to read the book it’s based on.

This is one I’m not so much excited about as begging it’s not terrible. A sequel to Mary Poppins sounds like blasphemy, but Disney is doing it anyway. Emily Blunt seems like a pretty good choice for the iconic nanny, so I’ll try to keep an open mind.

I’ll be honest: the first trailer for The Incredibles 2 doesn’t thrill me. The Incredibles is the Pixar film that most deserved a sequel, but I wasn’t expecting a super-powered version of Mr. Mom. Still, knowing Pixar’s track record, we have every reason to be optimistic.

Despite all the complaints about the prequels and The Last Jedi, Star Wars has yet to do wrong by me. A prequel about Han Solo’s past seems like a great idea, and while Alden Ehrenreich doesn’t quite look like Harrison Ford, I’ll again keep an open mind. This looks to be the least Star Wars-y movie yet, so there might be backlash once again but I still can’t wait.

This is it, the movie that the entire MCU has been building toward, and it will probably be much more serious than the string of comedic entries from 2017. With practically every hero involved, this is the definition of an all-star cast, and if the filmmakers can get the right balance, it could be Marvel’s finest hour. I hope. Oh, and I hear someone will die; the question is “Who?”

My #1 should be no surprise to anyone who remembers last month’s Opinion Battle. This and Infinity War are practically tied, but Ready Player One has originality behind it and is based on a great book by Ernest Cline. Another Who Framed Roger Rabbit? of mixing franchises, this will be a nostalgia trip like no other, even directed by Steven Spielberg. It may go overboard on the CGI, but I’m praying that Ready Player One is the geeky thrill ride I want it to be. And at least I now have to wait less than a month for it!

And here are a collection of other upcoming movies with potential, starting with the next ones I’m most interested in.

Jurassic World: Fallen Kingdom – It looks like a good sequel, and who gets tired of dinosaurs?
A Quiet Place – Silence is golden and scary. Reminds me of Hidden, very much my kind of horror, if done right.
Tomb Raider – I think I already like Alicia Vikander’s version more than Angelina Jolie’s.

A Star Is Born – The fourth remake of this story, this time with Lady Gaga and Bradley Cooper.
Creed 2 – I’m still not sure if this is actually happening, but I hope it can come close to matching the first one.
Dr. Seuss’ The Grinch – I love Dr. Seuss, and Benedict Cumberbatch seems like inspired casting.
Mamma Mia: Here We Go Again! – More ABBA, so I’ll give it a chance.
Skyscraper – A Die Hard ripoff with the Rock. Why not?

The Women of Marwen – Another Robert Zemeckis film that was previously an acclaimed documentary about a delusional artist who creates his own fantasy village. Might be Oscar material.
Venom – Please don’t make it R-rated, people, especially if it connects to the current Spider-Man!
The Nutcracker and the Four Realms – If Disney wants to make opulent live-action fantasies, this is the better way to go, starting from scratch rather than remaking their own classics.
A Wrinkle in Time – I loved the book, but there’s something off about the costumes and casting. I’ll still hope for the best.
I Want to Eat Your Pancreas – Really bizarre title, but it’s actually a sensitive YA anime dealing with cancer. X-Men: Dark Phoenix – I can only hope they do this story better than The Last Stand did.
Aquaman – I still haven’t seen Justice League, so I don’t have much of an opinion about this one.
Teen Spirit – I hear it will be a musical, so I support it.
Outlaw King – Chris Pine as Robert the Bruce—it may be the next Braveheart.