Dreams in the night
Carry darkness or light
Into minds at the height of their delicacy.
Deep in our slumber,
Charades without number
Parade through our heads, entertainment for free.

They charm us and threaten
With visions they let in,
But who holds the keys to such reveries sown?
What nightmare dimensions
With clashing intentions
Have displaced our thoughts with ideas of their own?
____________________

MPAA rating: Not Rated (should be R, mainly for language)

After ranking Ink at #11 on my Top Twelve Underrated Movies, I thought I should give this low-budget cult hit a full-fledged review. Written and directed by independent auteur Jamin Winans, Ink is so many things at once that it’s hard to classify it. It’s a fantasy about the clashes between invisible forces of good and evil. It’s a redemption tale of a father returning to his estranged daughter’s life. It’s a visually inventive head trip following a monster’s kidnapping of a girl’s soul. How it merges all these disparate components into a mostly cohesive and surprisingly meaningful whole is quite the experience, one that doesn’t let its budget limitations hinder it too much.

Chris Kelly plays John Sullivan, the father I mentioned, whose wife’s death caused him to lose contact with his daughter Emma (Quinn Hunchar), whom he kept at arm’s length even when they were together. Bitter, he throws himself into his work, not even caring when she later falls into a coma. This side of the story is fairly down-to-earth, but the reason for Emma’s coma goes off into an ever more ambitious dark fantasy. For starters, there are Storytellers, invisible spirits who disseminate sweet dreams like the Sandman from Rise of the Guardians, and Incubi, creepy screen-faced baddies who plant disturbing nightmares. Amidst this nightly battle, a hulking creature named Ink dressed in black rags steals Emma, or rather her spirit, from her bed and plans to trade her to the Incubi.

On one hand, you can tell it’s a low-budget production. The camerawork lacks the Hollywood polish we’ve come to expect, and some of the effects look like they’re from a Disney Channel movie. Yet the film continually manages to impress where it counts. For example, Ink’s initial confrontation with the Storytellers trying to save Emma has some amazingly well-choreographed action, with the unique twist of time rewinding to return every smashed object to its original condition. This is the spirit world, after all. Likewise, the editing ranges from overly jerky at times to downright brilliant during an exceptional scene where an eccentric “Pathfinder” (Jeremy Make) creates an unforeseen chain reaction that ties in to an earlier scene. It reminded me a lot of that sequence from The Curious Case of Benjamin Button where the narrator describes all the little cause-and-effects that brought about an accident.

Sadly, Ink is occasionally spoiled by some strong language, mostly from Chris Kelly (his first line is a tantrum of F-bombs), and I do feel it could earn a wider audience without it since the rest is grim but not overly objectionable. I also thought a few characters were trying too hard to be eccentric at times. Plus, a certain revelation might bend time and minds a bit too much to make total sense, but it’s a twist that has kept me thinking since and adds enormous layers to the film’s narrative.

I don’t know how Jamin Winans views God and religion since they’re never explicitly brought up here, though his next film The Frame seems to regard God as an absentee controller. Yet, there are several scenes in Ink that hold strong spiritual meaning, especially the Best Line below that seems to sum up how God sees his broken creation. The Storytellers are easily compared to angels as well, as the Incubi are to demons whispering hate and pride into people’s minds, and I loved a climactic scene toward the end that switches back and forth between the calm mortal world that John sees and an intense, invisible battle happening all around him. I wouldn’t doubt such unknown struggles happen every day between good and evil. 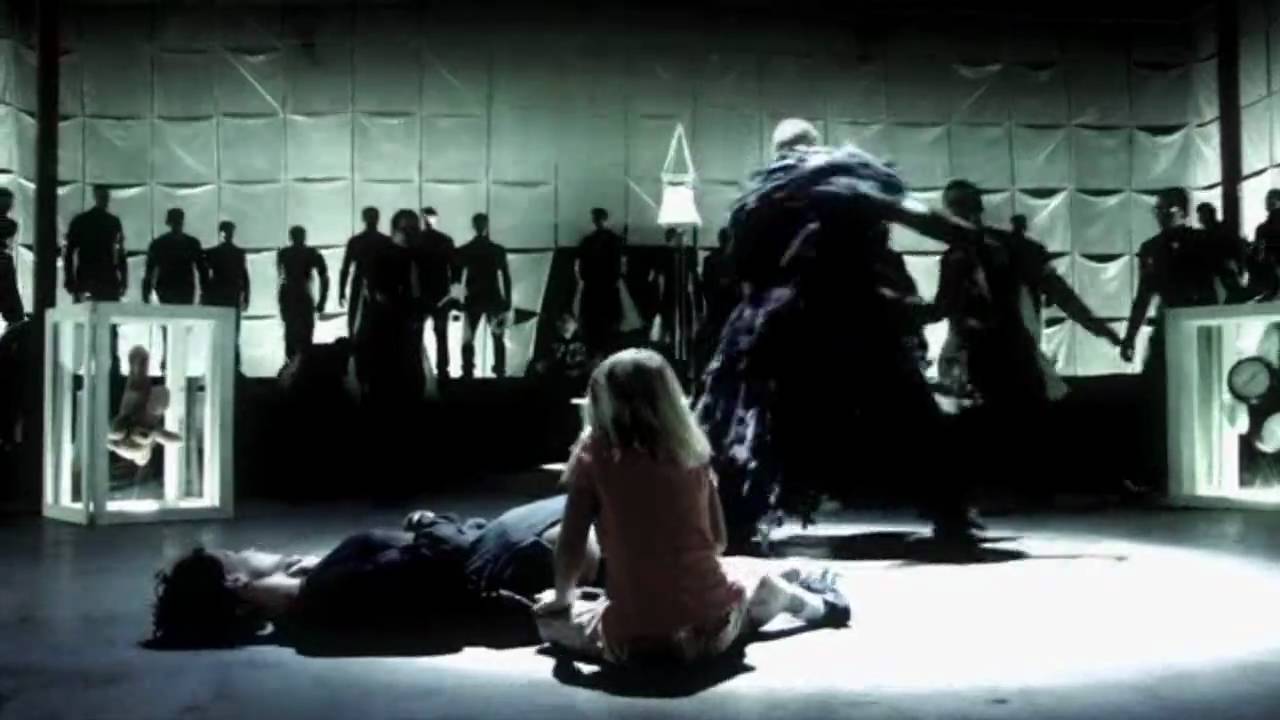 Oh, yeah, how could I forget the reason I discovered Ink, namely its moving score by Winans himself, which I heard in a collection of movie soundtracks. It’s a perfect atmospheric accompaniment to the film and its emotion, and one notable track called “The City Surf” was even sampled as “Into the Fray” in the film The Grey. As I said, Ink’s plot has multiple layers to peel back, ranging from flashbacks to metaphors and symbols to varying the level of color depending on the world shown, all of which add up to a profound reflection on life, death, and regret. It’s a film that sticks in the mind long after it’s over, which has understandably earned it a 100% on Rotten Tomatoes. It’s clever and well-crafted proof of the potential of indie filmmaking, causing me to wish that it had the overall technical quality to match its ambition. I’ve said it before, but someone get Winans a bigger budget!

Best line: (Ink) “I am ruined, why can’t you see that?”   (Liev, a Storyteller) “Because I choose to see you for what you were intended to be, not what you’ve become.”