We all have films that others love and we just…don’t. In fact, the whole world may love a film, critics laud it, bloggers sing its praises, Rotten Tomatoes pronounces it hot-off-the-vine Fresh, top film lists rank it among the best of its genre, and you just don’t see what all the hype is about. There’s no objective measurement of why certain films are overrated. It’s all a matter of opinion, and this list is mine.

I freely admit that “overrated” is a subjective term. I personally love movies that others may despise, like Forrest Gump, Titanic, La La Land, and Les Miserables, so don’t expect any of those on this list. Likewise, there are movies I don’t like, such as One Flew Over the Cuckoo’s Nest, but I at least recognize why others love it. This list is for movies that I don’t quite understand why they’ve earned all the acclaim they’ve gotten. To be honest, I do like some of these films, and two are even on my Top 365 list (which I’ll note below), but all of these fill my definition of overrated, regardless of how popular or iconic they are. I won’t be pulling any punches, so feel free to agree or disagree and plug your own opinion too. Don’t hate me ‘cause I’m honest! 🙂 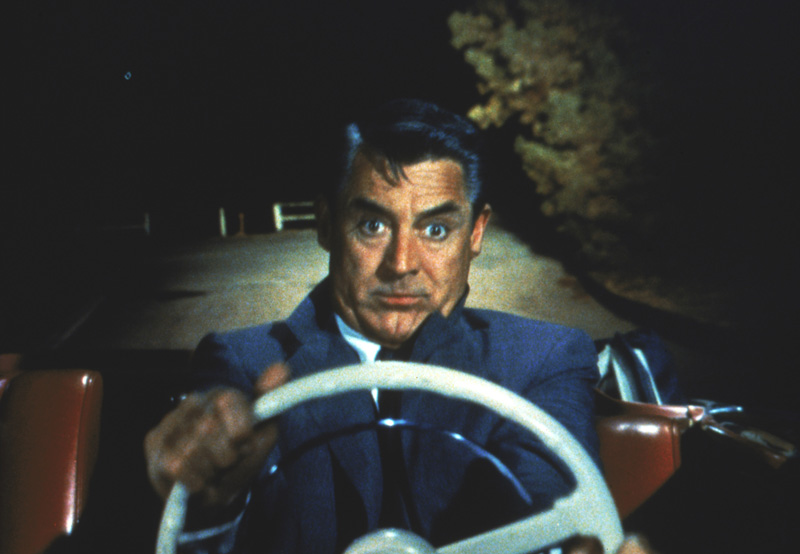 I’ve never been that enamored with Alfred Hitchcock’s films, which range from great to boring, but how North By Northwest has 100% on Rotten Tomatoes is beyond me. It’s a decent Hitchcock thriller, fueled by coincidence and mistaken identity, but only a few scenes stand out among the twisty plot. Plus, the ending is laughable. One minute, the main couple is clinging to the face of Mount Rushmore, the next they’re celebrating on a train. What the heck? It’s the most jarring shift of tone I’ve ever seen, and no one else seems to point it out.

I do enjoy Frozen for its return to the Disney princess formula, and it’s currently #201 on my Top 365 List, even if I’m not a fan of the villain or how everything is suddenly resolved by the realization of “love” or something. But why is it that four years later, there are still Frozen toothbrushes, Frozen backpacks, Frozen breakfast cereal, Frozen juice boxes, Frozen shampoo, Frozen this and Frozen that. You can’t walk into a grocery story without seeing Anna and Elsa on some kind of merchandise. Disney somehow made Frozen merch into a commercial empire and is milking it for all its worth. But why not Wreck-It Ralph or Big Hero 6?

This is one thriller that was just lacking. Gene Hackman’s character of Popeye Doyle had no personality or character development to speak of, making the whole hunt for drug traffickers an uninvolving affair punctuated by a few admittedly memorable and well-shot scenes. I never like it when a film’s ending leaves me saying “That’s it?”, which is exactly what happened with that open-ended final scene. It’s not a bad film, but why it landed on AFI’s top 100 twice, I’ll never understand.

I can’t argue against Snow White’s significance in movie history as the first feature-length animated film and Disney’s first feature. Yet what was so revolutionary back then doesn’t necessarily hold up now. I remember the last time I saw this classic being annoyed by Snow White’s grating voice and the familiar fairy tale tropes that have been done better since. And again, AFI named it the greatest animated film ever? I love the dwarfs, but Snow White feels like a film that is more respected for being the first than for being the best.

I have read reviews of this film noir that praise the acting, the atmosphere, the cinematography, and [shudder] the score. The score? Who could possibly like the zither-heavy score to The Third Man? It’s one of the most annoying soundtracks I’ve heard and a total contrast to the mood the rest of the film tries to create. Seriously, it sounds like music that belongs in SpongeBob SquarePants, not a dark thriller. I honestly don’t remember the rest of the movie that well, but whenever I see the score named among great soundtracks, I can’t help but shake my head in frustration.

Don’t explode. It’s okay, I don’t hate The Dark Knight, but neither do I think it’s the best superhero movie ever. The whole trilogy is currently #178 on my List, but I much prefer The Dark Knight Rises to The Dark Knight. For one, as good as Heath Ledger is as the Joker, I’ve never been a fan of dark gritty superhero movies. But the worst part of The Dark Knight is the ending. I just don’t get it. Why does Batman have to take the blame for Harvey Dent? Because the people of Gotham couldn’t take it? Please, all it does is create a can of worms and distrust for the next film to open, and the decision is too rushed to really make sense. Good movie, weak ending.

Steven Spielberg has made some fantastic movies over the years, but this is not one of the better ones. True, it’s become an icon of alien abduction cinema, but it’s also among his least entertaining features. We’re treated to Richard Dreyfuss acting crazy and ruining his marriage for much of the film, and then it ends with a tone-based light show, because what could be more riveting than a tone-based light show? There’s no twist, no deep emotion, no meaningful explanation to it all; it’s just aliens, which is surprisingly boring in this case. I can’t help but wonder if the government eventually found out that the alien message was a cook book called To Serve Man.

This is another film that isn’t necessarily bad. It’s actually well-acted, well-written, and well-produced. But it is not the Best Picture of 1998! It still boggles my mind that Shakespeare in Love somehow beat Saving Private Ryan and Life Is Beautiful, plus Elizabeth and The Thin Red Line. It reeks of studio bribery or favoritism. The fact that it’s complete fiction also takes away any historical significance. Plus, though Judi Dench did well as Queen Elizabeth I, what about her short performance warranted Best Supporting Actress?

I hate to badmouth a Studio Ghibli film that is clearly a favorite of so many, but I really don’t see what the big deal is about My Neighbor Totoro. It’s a cute movie, but how can people call it Miyazaki’s best or one of the best films of 1988? Two annoying girls frolic with forest spirits; later, one thinks something bad happened but it didn’t. The end. Such a weak plot could be redeemed by Miyazaki’s proven movie magic, but I didn’t feel it. Totoro himself seems more intimidating than cuddly, especially when the only sound he makes is a big roar. Maybe I need to see it again, but I don’t get the hype.

I just saw Blade Runner recently as one of my Blindspots, and I was pretty disappointed for a film that’s supposedly among the best sci-fi of all time. As with The French Connection, Harrison Ford’s Rick Deckard has hardly any personality, and the characters that do are like weird caricatures, offset by a plodding pace. I know many have debated stuff like whether Deckard is a replicant, but when the film doesn’t bother to explore that kind of potential, why should I care? And talk about anticlimactic. Rutger Hauer chases him through a building like he’s going to kill him, then saves him, and dies after a short soliloquy. What? I know it’s had a huge influence on the cyberpunk genre, but for me, Blade Runner is all style over substance.

James Cameron tried to revolutionize science fiction with Avatar, but he might have tried a more original story while he was at it. The visual effects are incredible, especially during the big battle at the end, but doesn’t all that just distract viewers from the fact that this is basically Pocahontas with blue aliens. Dances with Wolves with space marines. It’s the same old environmentalist story of the evil money-grubbing military men spoiling a native paradise and messing with nature’s perfection. I just hope Cameron has something better in mind for the sequels he’s been working on for years.

Southerners have a word for things like 2001: artsy-fartsy. What the heck is this film about? Man’s evolutionary progress? The contrast between man and machine? That may be how people read it, but no, 2001 is about a black rock sending mankind to Jupiter so he can go on an LSD trip. It’s infuriating how praised and lauded this film is when I found it eminently boring and, by the end, incomprehensible. Again, ground-breaking visuals aren’t enough to cover up a stark lack of story, and the way many have discussed 2001’s deep symbolism and message just makes it seem even more pretentious and self-important. Some may say I just don’t get it, and they’re right, I don’t. There may be elements of great filmmaking, but this is by no means a great film.

Notice all the pictures of shock, anger, and sadness? Sorry if that’s you too right now. And here are some runners-up that I also find overrated.

An American in Paris – Weak plot that exists just for the famous overlong dance number.

Dr. Strangelove – For a classic comedy, it’s not really that funny.

Field of Dreams – The lack of explanation takes away from the fantasy appeal.

Ghost in the Shell – Style over substance, yet again.

The Godfather – Great film, yes, but hardly the best film ever made.

Interstellar – The visuals don’t quite make up for the obvious twist and slow pacing.

Juno – I liked the pro-life aspect but found Ellen Page’s misanthropic character hard to like.

Manchester By the Sea – Good acting but deeply depressing. How did this win Best Screenplay?

Midnight Special – Interesting premise, but a bit too slow-burn with little resolution.

Spirited Away – Sure, it looks amazing, but it’s also downright bizarre.

Urban Cowboy – How could anyone like this piece of trash? Worst movie ever!

Ah, glad I got that off my chest. Let the rebuttals begin! On Sunday, I’ll be going the other direction and posting my List of Underrated Movies. Stay tuned!