Mothers are ours from the start of our lives,
The source from which much of our own self derives.
Our culture and friends,
Open doors and dead ends
May shape who we are,
But their impact depends
On the person who held us and taught right from wrong
And lived an example both tender and strong.

All moms are different; some dote, some oppress.
Some pick you apart; some are quick to impress.
And some are so dear,
Sharing each joy and fear,
That it’s hard to conceive
Of a day or an eve
Without her near-eternal, maternal sunshine.
It’s those we love most and why I so love mine.
_____________________

A very Happy Mother’s Day to all the mothers out there and to my own in particular. Hi, Mom! I’ll admit I picked this film to review today due to its maternal themes offering an excuse to write the above poem, but I do wish it were a better film overall for Mother’s Day (certainly not on par with Wolf Children, which was my Mother’s Day review last year). I watched Dim Sum: A Little Bit of Heart with my mom, hoping it would be an understated gem, and while it’s definitely understated, I wouldn’t go so far as to call it a gem, despite its 100% Rotten Tomatoes score.

Dim Sum focuses on the uneventful lives of the Chinese-American family of Geraldine Tam (Laureen Chew), who cares for her old-fashioned immigrant mother (Kim Chew; I’m still not sure if the actresses were actually related). Her mom seems content with her quiet life but is always encouraging Geraldine to get married, and her goading grows fatalistic as Mrs. Tam enters the year it was foretold she would die. While I’ve seen the film described as a comedy, the chuckles are few and far between, but Victor Wong adds some genial charm as Mrs. Tam’s barkeeper brother-in-law. 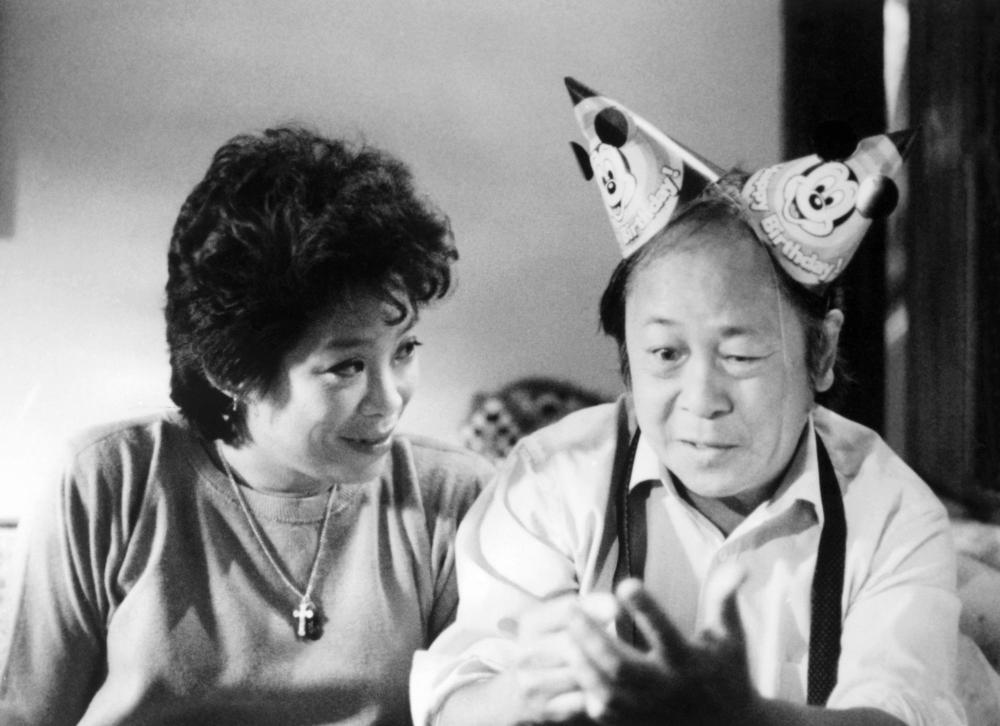 Events move along with a snail-paced eye for detail, particularly the unique blending of American and Chinese culture, such as changing from shoes to slippers at the front door. Since she mainly interacts with her close-knit Chinese friends, Mrs. Tam strictly speaks Chinese, while Wong’s more outgoing character freely converses in English. This contrast extends to the generational divide between Geraldine and her mom, as evidenced in a scene of Mrs. Tam’s mahjong club of women friends, followed by an identical game in English with their second-generation daughters.

I have no doubt that Dim Sum: A Little Bit of Heart is a realistic glimpse of Chinese-American life in San Francisco, and director Wayne Wang’s fondness for it is felt throughout. However, the extended scenes of little happening grow boring after a while, and the slightly heartwarming but open-ended conclusion doesn’t quite make the watch worthwhile. My mom did get a nostalgic kick out of some extremely ‘80s moments, like a mention of Betamax, but the strongest point I got from Dim Sum was when Mrs. Tam has a health scare. Since Geraldine never learned her mom’s traditional Chinese recipes, Uncle Tam mourns the classic dishes that will inevitably be lost forever. It’s a relatable and sobering reflection that transcends culture, since my own mom also wishes my grandmother had shown her more of her home cooking before she died. Luckily, my mom has written down and taught me many of her own recipes, so at least I won’t be left without the re-creatable memory of her food. Even if Dim Sum drags with its tranquil restraint, at least its “Little Bit of Heart” feels genuine.