Ordeals that do not kill you make you stronger, so they say,
But in the meantime, on the way,
Your life can fall to disarray,
And till you’re looking back one day,
Its grueling getting through.

Of all the Best Picture nominees of 2016, Manchester By the Sea was the least for me—the least engaging, the least enjoyable, the least satisfying—which isn’t to say it’s out-and-out bad, but its style and pervasive melancholy did not appeal to me. Perhaps the film it most reminded me of was 1980’s Ordinary People, another film about fraternal tragedy with understatedly emotional performances and a montage of artsy stills backed by classical music. I much prefer Ordinary People, but Manchester had its good points all the same.

The film’s strongest point is its acting, which treads water as good most of the time and bubbles into great at emotional high spots. Casey Affleck plays Lee Chandler, a divorcee living alone who receives word that his brother has died of a heart condition, leaving his teenage nephew Patrick (Lucas Hedges) in need of a guardian. Due to a past trauma that ruined his marriage and embittered him to the Manchester area, Lee refuses to move back for Patrick but remains and bonds with him while figuring out how to handle the situation. While I would have preferred Denzel Washington to win Best Actor for Fences, Affleck does give a powerful performance, just an inconsistent one, sometimes revealing profound grief, other times merely stoic and bored-looking. He’s not always the likable sort, moping and initiating bar fights, but thanks to sudden flashbacks that get more powerful with time, he’s certainly sympathetic. Lucas Hedges is just as good, though, especially in certain scenes, like the frozen chicken breakdown, as is Michelle Williams as Lee’s ex-wife. Kenneth Lonergan’s direction is also masterful, whether it be in the placid seaside scenery resembling a Thomas Kinkade painting or the delicate practice of letting us see rather than hear a difficult conversation from a distance. One aspect that I keep seeing praise for is how realistic the film is, a fly-on-the-wall portrayal of what can and does happen to broken people. Yet, there were many times that the realism seemed forced or stilted, and mundane imperfections felt thrown in solely for the sake of “realism.” For instance, when someone on a gurney is being placed into an ambulance, ten seconds are spent struggling to lift the gurney’s wheels into the vehicle. Why? Was that a mistake they just kept in or some attempt at weak black humor? There are many moments like that, scenes that other movies would skip over for good reason. I suppose I can see others viewing it as compellingly realistic, but I found it unnecessary and odd.

Part and parcel with such observations is the dialogue between characters. Due to Lee’s aversion to small talk, many of the conversations end with awkward silences, as if the editor waited too long to cut to another scene. I was a bit baffled that Manchester won Best Original Screenplay since there are only a few bits of dialogue that were even memorable, and in my opinion, a great screenplay shouldn’t need stretches where the F-bomb is every other word. (Well, I guess Good Will Hunting proves it happens, but this isn’t in the same league.) Hell or High Water had much more insight and characterization in its screenplay, so that would have been my choice. 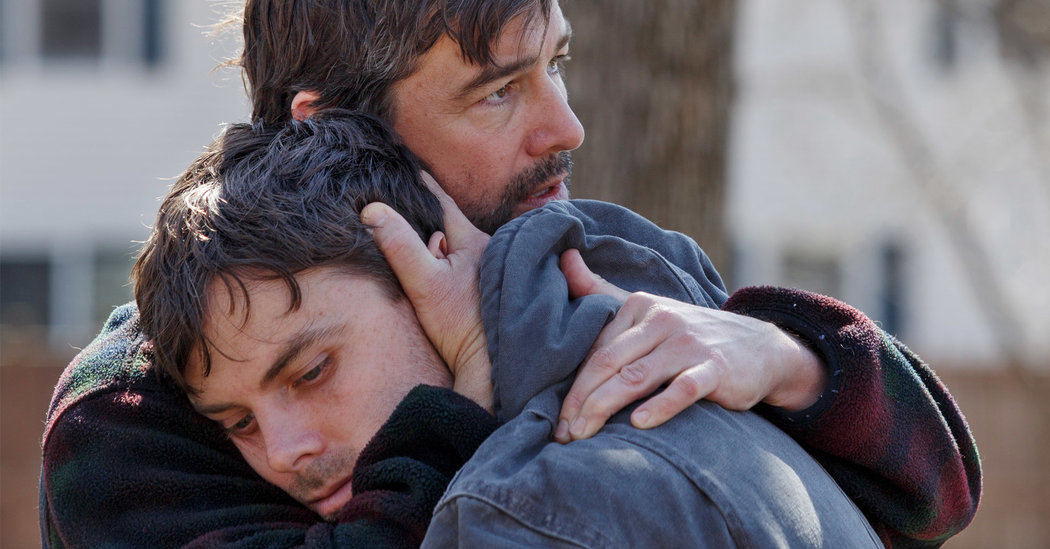 I can understand why Manchester By the Sea has earned its praise and awards, but it wasn’t for me. (It didn’t help that the theater I was in made the sound tinny for some reason.) By the time Lee comes to his decision, I was expecting something more to happen, and when the credits rolled, I said, “Oh, I guess that’s it.” Manchester By the Sea works as the basis for some fine performances, but overall, it left me wanting, even if it is an emotional testament to one family’s grief.

Best line, or the one that got a laugh anyway: (Patrick, when Lee is overreacting) “Uncle Lee, are you fundamentally unsound?”