A very big thanks to Drew of Drew’s Movie Reviews for nominating me for the Mystery Blogger Award, which has been gifted around quite a bit since its creation by Okoto Enigma. Since this is a new award for me, here are the rules for accepting it:

1.  Put the award logo/image on your blog.

3.  Thank whoever nominated you and provide a link to their blog.

4.  Mention the creator of the award and provide a link as well.

5.  Tell your readers 3 things about yourself.

7.  Notify your nominees by commenting on their blog.

8.  Ask your nominees any 5 questions of your choice; with one weird or funny question (specify)

So, three things about yours truly, other than my obvious pastimes of movies, poetry, and lists. Well, why don’t I answer in poem form, just because it’s what I do.

Since trivia’s my specialty,
One day I fully plan to be
A candidate on Jeopardy!
I’ve taken online tests, it’s true,
And once did get an interview,
But still must wait for my debut.
(Though I’m afraid that when I do,
I might lose what I thought I knew.)

My favorite sport is bowling.
It’s comfy, indoor fun.
I’m inconsistent with my score,
But so’s ‘most everyone. 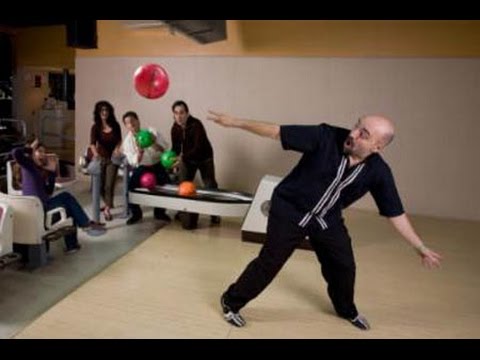 How ‘bout a mini-list as well?
My top five poets, here to tell:
For number five, no buts or “ifs”
With Rudyard Kipling’s lyric gifts.
The fourth is Robert Service, known
For Yukon ballads all his own.
I’d love to see his verse become
A gold rush musical to hum.
And third is Dr. Seuss; don’t mock.
My love of poems he helped unlock.
The second’s Alfred Tennyson,
A lord with talent third to none.
My favorite poet, so you know,
Is Henry Wadsworth Longfellow.
His life deserves a biopic,
So someone go and make one, quick!

And here are the questions to answer from Drew himself:

1.  What is your favorite place you have visited?

Probably Helen in the north Georgia mountains, a favorite family vacation spot which is also where my parents honeymooned. The surrounding Appalachians are beautiful and peaceful, especially at the nearby Anna Ruby Falls. The Unicoi Lodge there is a fantastic place to stay, and there’s a restaurant a few towns over called the Smith House, which has the best family-style buffet you can imagine.

2.  What would you do if you had a time machine and didn’t have to worry about the ill effects of time travel?

I would gather up artifacts I knew would be valuable one day, like ancient currency or original comic books, and meet as many historically famous people as possible to collect their autographs.

3.  What was your favorite film released last year?

4.  Why did you start blogging?

I had already compiled my Top 365 movie list just because I love making lists, and after a certain business venture crashed and burned and left me asking “Now what?”, my mom suggested that list as a potential countdown to write about. Adding poetry for each movie just seemed natural to set myself apart and keep me in practice with my writing.

5.  If you could live in any fictional universe, which would you choose?

There are so many I would love to visit (Middle-earth, Narnia, Prydain, Amestris, Remnant, the Star Wars universe), but I wouldn’t want to actually live in any of those death-and-danger-prone lands. No, the most ideal fictional world seems to be that of Star Trek. Even though interstellar relationships aren’t ideal, it’s a whole lot better than most potential futures. Mankind is at least at peace with itself, and our advanced technology is such that exploration is our main goal. With holodecks and replicators close at hand, I would gladly live in that version of the 24th century.

For the mention of my best post, I’m personally proud of the poem I wrote for The Raven, an old horror-comedy that provided me an opportunity to rewrite Edgar Allan Poe’s classic poem from a different perspective but still the same meter. While that’s one of my favorites, I’ve noticed that my most viewed posts seem to be my list of Top Poems in Movies, my list of Na Na Na songs, and my rant about Urban Cowboy.

And as for my five questions for the nominees below, and anyone else who feels like answering…

And then my 10-20 nominees, who might very well have already been nominated before, but hey, what’s one more award, right? *drumroll please*

A Fistful of Films

Emmakwall (explains it all)

Rachel from Reviewing All 56 Disney Animated Films and More!

Thanks again to Drew for this award, and to all who take part!

20 thoughts on “The Mystery Blogger Award, Courtesy of Drew”